'Let Next CJI Deal With It' : SC To Consider Plea To Declare Ram Setu 'National Monument' On April 26 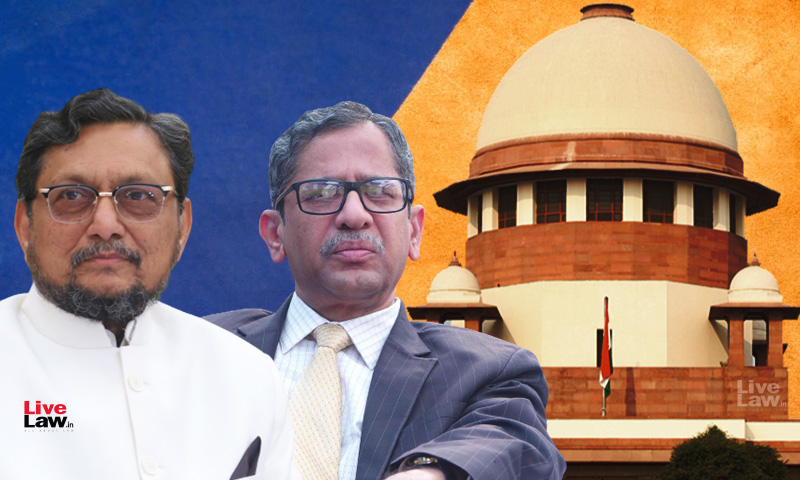 The Supreme Court on Thursday directed that the plea seeking National Heritage Status for Ram Sethu be listed on April 26th before the "next CJI" NV Ramana, who is set to hold office of the Chief Justice of India with effect from 24th April.

A three-judge Bench of CJI Bobde, Justice Bopanna and Justice Ramasubramanian issued the direction after a request was made by Rajya Sabha MP Dr Subramanian Swamy seeking urgent hearing of his plea for directions to the Centre for declaring Ram Sethu as a national heritage monument.

Dr Subramanian Swamy appeared before the Court and submitted that the Top Court had in January last year suggested him to come back and the Court will consider the petition seeking consideration of Ram Sethu as a National Heritage Monument. However, due to covid he could not approach Court before this.

"This has been pending for a very long time" Dr Swamy said.

"Correct but the point is that this is an inappropriate time to tell you when it will be heard." CJI said In response to Dr Swamy's request if a date could be fixed, the Bench directed that the matter be listed on 26th April.

The mythological Ram Sethu, is a bridge which is a chain of limestone shoals, off the south-eastern coast of Tamil Nadu. It runs from Pamban Island near Rameshwaram in South India to Mannar Island, off the northern coast of Sri Lanka.

Supreme Court had in Jan 2020 observed that it will consider Dr Swamy's Ram Sethu plea, but had asked him to approach the Court and mention it after three months owing to the pendency of cases before it. Swamy had submitted before the Supreme Court that a meeting was called in 2017 by Union Minister to consider his demand but nothing had happened after that.

The issue of declaring Ram Sethu as a National Heritage monument was raised by Dr Swamy, in his plea filed against Sethusamudram Ship Channel project for protection of Ram sethu and a stay was granted by the top Court on the project's work over Ram Sethu.

Under the Sethusamudram project, an 83-km-long deep water channel was to be created, linking Mannar with Palk Strait, by extensive dredging and removal of the limestone shoals which constitute the mythological Sethu.

The Central Government through ASG Pinky Anand had then informed the Court that "in the interest of the nation", the government does not want to touch Ram Sethu rather it has decided to explore an alternative to earlier alignment of Sethusamudram Ship Channel Project without affecting Ram Sethu.

In November 2017, petitioner Swamy had sought the court's permission to withdraw his petition saying the government had already clarified its stand outside the court that it has no intention whatsoever to tamper with the 'bridge', which is a chain of limestone shoals, off the south-eastern coast of Tamil Nadu. The bench, however, told him to wait till the NDA government makes its stand clear.

Supreme Court had in November 2019 asked the Central government to clarify its stand on Ram setu while granting liberty to Dr Swamy to approach the Court in case the Centre's response wasn't filed.