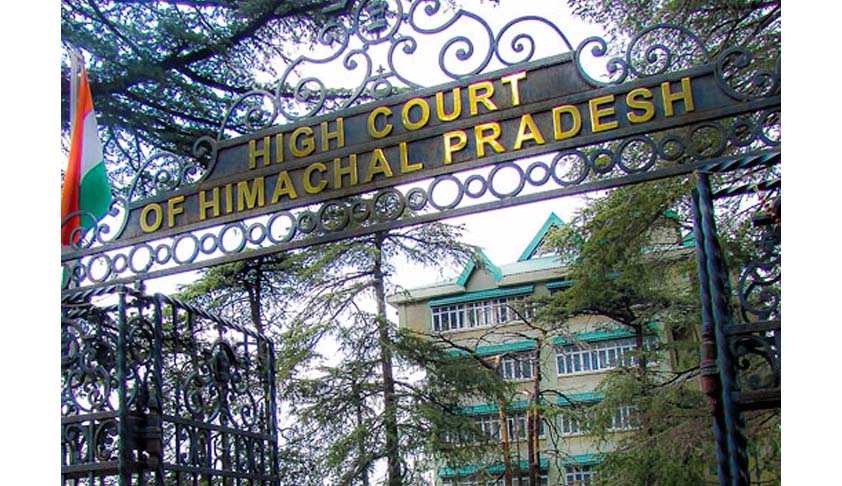 The High Court of Himachal Pradesh in a recent judgment has set aside the decision of the Commissioner of Income Tax (CIT) to transfer his and his family's income tax returns cases from Shimla to Chandigarh.

While quashing the order, a division bench comprising Chief Justice Mansoor Ahmad Mir and Justice Tarlok Singh Chauhan observed that the “statutory authority must exercise its jurisdiction within the four corners of the law. We have no hesitation in holding that the show cause notices issued to the petitioners were only an empty formality as the basis and foundation of the transfer of the cases is not the one for which the petitioners in fact had been asked to show-cause. The impugned order has been passed after taking into consideration the extraneous material which had never been brought to the notice of the petitioners prior to passing of the impugned order. Therefore, the action of the respondents is violative of principles of natural justice and fair play and therefore not sustainable in the eyes of law.”

However, the bench clarified in its order that it will be open for the Income Tax Commissioner to commence the proceedings afresh which, needless to say, shall be strictly in accordance with the law.

"Since we have not made any observation on the relative merits of the case(s), therefore, in the event of fresh show-cause notice(s) being issued, it shall be open to the petitioner(s) to raise all questions of fact and law, including those raised before this court."

The petitioners had challenged the transfer of their income tax return cases, saying it would only result in their harassment.

The Commissioner, in his order, said the agricultural income of Virbhadra Singh and his family had dramatically increased in the revised return, which was an apparent attempt to justify the investments made in the purchase of insurance policies.

The assessees had close relations and business dealings among themselves and with businessman Vakamulla Chandrashekhar and his company Tarini Infrastructure Ltd., which require coordinated and joint investigations in all cases.

He transferred all the cases to the Deputy Commissioner of Income Tax (DCIT) of the Central circle in Chandigarh, saying that centralisation of cases would enable the department to conduct focused, synchronized and coordinated investigation.

The Income Tax Department contended that the July, 14, 2014 order had been passed in order to ensure coordinated investigation and assessment of a number of assesses, including 11 other persons who had been assessed at Delhi, whose financial dealings are interlinked with the petitioners.