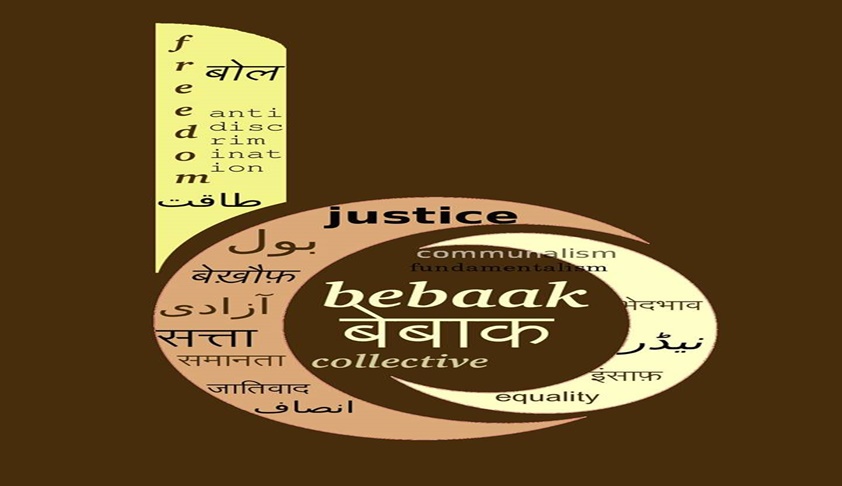 After being opposed by the All India Muslim Personal Law Board (AIMPLB), the Muslim Women (Protection of Rights on Marriage) Bill, 2017 has now been criticized by the Bebaak Collective, a women's rights group that played a pivotal role in the Shayara Bano case.The Bill, passed by the Lok Sabha on Thursday, prescribes a punishment of three years and fine for any man who resorts to triple...

After being opposed by the All India Muslim Personal Law Board (AIMPLB), the Muslim Women (Protection of Rights on Marriage) Bill, 2017 has now been criticized by the Bebaak Collective, a women's rights group that played a pivotal role in the Shayara Bano case.

The Bill, passed by the Lok Sabha on Thursday, prescribes a punishment of three years and fine for any man who resorts to triple talaq, making it a cognizable and non-bailable offence.

Calling it an "arbitrary and repressive move", the Collective has warned that "the move to imprison Muslim men will add to the prevailing insecurity and alienation of the Muslim community".

It then appeals for broader consultation on the proposed Bill, asserting, "Over time, social movements have stressed that law/policy making by the government should be developed in the spirit of a democratic, participatory and transparent process with a view to incorporate the lived experiences of the affected sections of society. More recent legislations, like the Protection of Women against Domestic Violence Act, 2005, the Sexual Harassment of Women at Workplace (Prevention, Prohibition and Redressal) Act, 2013 and the Criminal Law (Amendment) Act, 2013 are results of the long struggle of the women’s movements. All these laws or amendments were preceded by and benefitted from wide consultations with the civil society and affected sections, where voices and experiences of women and marginalized groups were heard, and legislations formulated accordingly to promote gender equality.

Our appeal to the Members of the Parliament is not to hastily pass this legislation but to reflect on the repercussions of the same, through meaningful consultations with a broad range of stakeholders, particularly with women’s groups."

The Collective further opposes the criminalization of the practice, claiming that it "will not help in getting justice for women." The move, it says, will not eradicate the existing discriminatory practices faced by women, averring, "There is no rationale to criminalize the practice of talaq-e-biddat. Using penal actions leading to imprisonment to discourage the practice of triple talaq will not help in getting justice for women. When a woman reports a complaint about triple talaq, she wants to continue staying in matrimonial home and draw financial support from her marital home. Imprisoning the husband will deprive her of both, making her and her children even more vulnerable...

... The Bill is limited to triple talaq and is not addressing related issues of polygamy, the practice of halala and other issues of discriminations faced by women in marriage and family. We believe that piecemeal legislations will not address larger issues of subordination of women within patriarchal structures. The penal action to discourage the practice of instant triple talaq is a myopic view as it leaves many other issues of economic and social security of women unaddressed. In addition, in our present conjuncture, the move to imprison Muslim men will add to the prevailing insecurity and alienation of the Muslim community."

The Collective, in fact, highlights the fact that all Personals Laws are discriminatory against women and that the aim must now be to "create new laws or amend existing laws to ensure they are in consonance with the fundamental rights of equality and non-discrimination".

It then appeals for invalidation of all forms of unilateral talaq "as it vests power in the hands of the man, and reinforces unequal relations within the marriage". It also demands, " Muslim women have the option to approach the court for divorce under the Dissolution of Muslim Marriages Act, 1939. This law should be available to men too. There should be legal provisions to deal with the matters of dower and maintenance of the wife, child custody, right to reside in the matrimonial home, and other economic obligations.

The matrimonial home as the residence of a married woman has to be ensured in law, along with an equitable right of ownership and access to all property belonging to the partners at marriage."

Further, it advocates for cancellation of registration of any qazi or religious or social organization for encouraging, abetting or administering instant triple talaq. It, however, supports criminalization of nikah halala, which involves a female divorcee marrying someone else, consummating the marriage and then getting a divorce in order to make it allowable to remarry her previous husband.

Besides, it calls on the Ministry of Minority Affairs to formulate a scheme to spread awareness about the Supreme Court’s judgment in the case of Shayara Bano v. Union of India & Ors., wherein the Court declared the practice of triple talaq as unconstitutional. The scheme, it says, should also facilitate taking cognizance of violation of the Apex Court judgment, and providing monetary relief and socio-legal aid to women who are affected by the violation of the judgment.