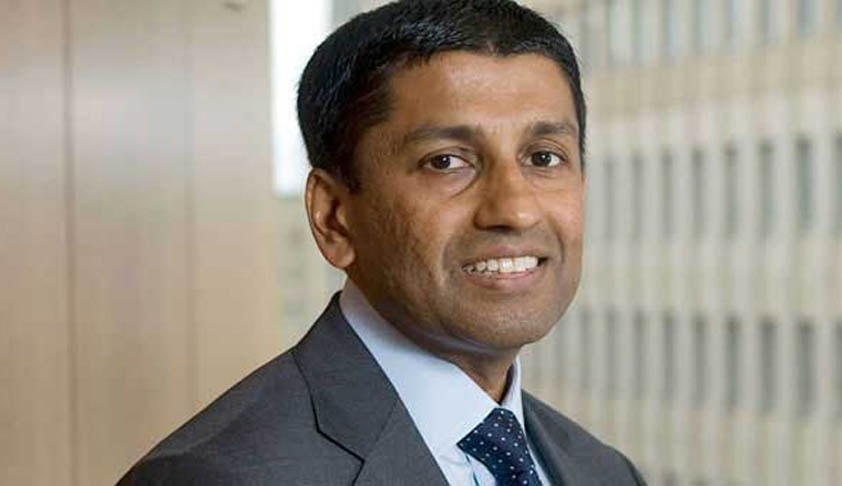 After Supreme Court Justice Antonin Scalia’s sudden demise on Saturday, Chandigarh born Srikanth ‘Sri’ Srinivasan may become the first Indian American to be on the US Supreme Court Bench. Mr. Srikanth is a Circuit Judge of the Federal Courts of Appeals for the District of Columbia Circuit.

“Any list begins with Sri Srinivasan, a member of the US Court of Appeals for the District of Columbia Circuit - a traditional launching pad for Supreme Court nominees,” the CNN reported today.

“There’s always a short-list of potential justices that court experts and watchers have in their heads; Obama will be cognisant that he is replacing a conservative icon and that might temper his choices, leading him to try to find someone that at least some Republicans in Congress might find acceptable,” it said.

Jeffrey Ross Toobin, an American lawyer and legal analyst for CNN and the New Yorker, supported this view and stated, “The stakes in this nomination are clear: if Srinivasan passes this test and wins confirmation, he'll be on the Supreme Court before President Obama's term ends.”

“He is a protégé of Walter Dellinger, the acting Solicitor General in the Clinton Administration and a (mostly) beloved (mostly) liberal figure in the world of the Supreme Court. The safe assumption seems to be that Srinivasan would be the same kind of moderate liberal as Sonia Sotomayor and Elena Kagan,” he added.

Mr. Srikanth’s father hailed from Mela Thiruvenkatanathapuram, a village near Tirunelveli, Tamil Nadu. His family, including two younger sisters, migrated in the late 1960s to Lawrence, Kansas. His father was a professor of mathematics at the University of Kansas, and his mother taught at the Kansas City Art Institute and later worked at the University of Kansas computer science department.

Mr. Srikanth was a high school basketball star in Kansas before attending Stanford University, which he graduated from in 1989. During his stint as a lawyer, one of his most high-profile cases was the defense of Jeffrey Skilling, the former Enron executive, in his appearance before the Supreme Court in Skilling v. United States.

He was also the Principal Deputy Solicitor General of the United State. As Deputy Solicitor General, Mr. Srikanth led the Obama administration’s case against the Defense of Marriage Act, which resulted in same-sex marriage becoming constitutional throughout the country, as well as cases in favor of affirmative action policies and opposing restrictive voting laws.

He was nominated by President Obama and confirmed to the Federal Bench by the Senate in May, 2013 by a historical 97-0 vote. Among the Republican senators who voted in his favor were current GOP presidential candidates Marco Rubio and Ted Cruz. It should be noted here that soon after the news of Justice Scalia’s death became public, it was Ted Cruz who voiced his objections against President Obama appointing Justice Scalia’s successor. “Justice Scalia was an American hero. We owe it to him, & the Nation, for the Senate to ensure that the next President names his replacement,” he tweeted.

You may read: Antonin Scalia & Originalism: A Critique by Namit Saxena