Legal Recourse over False Affidavits- Smriti Irani Can be Prosecuted 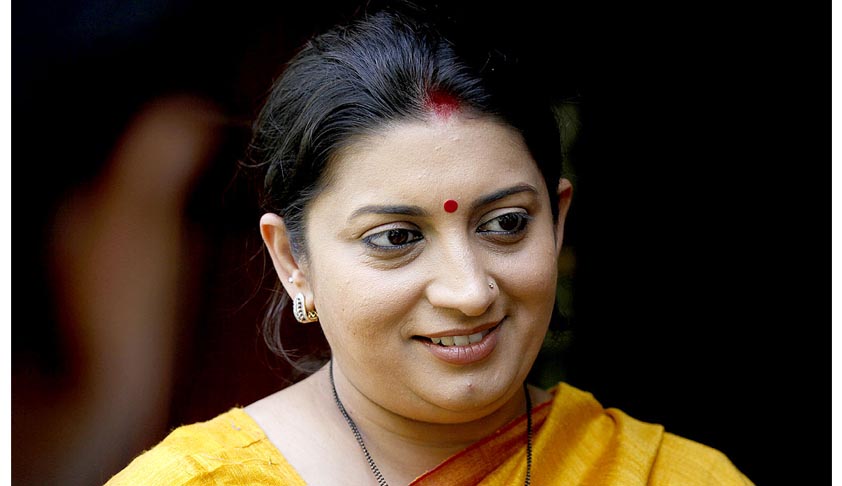 Human Resources Development Minister, Smriti Irani’s education row continues to create a clamor with two contradicting affidavits coming to the fore. In the affidavit filed by her in 2004, it was claimed that she completed her graduation via correspondence from the Delhi University in 1996 but in the 2014 affidavit to the Election Commission, she claimed to have completed first year of her bachelor degree in Commerce in 1994 from Delhi University.

Her education was brought to light when Madhu Kishwar criticized her appointment as the Union HRD Minister, questioning the ability of a 12th class pass to lead as India’s education Minister, via twitter. The affidavit discrepancies have now become the focus, with legal experts throughout the country considering the legality of the discrepancies noticed in the affidavit.

Senior advocate  Kamini Jaiswal told Asianage that the appropriate legal recourse would be by way of  a petition, reasoning that, “Filing false information in an affidavit is a crime. Someone will have to file a plea in court against her and the court will then decide on the issue.”

Senior lawyer Raju Ramachandran stated that the Election Commission itself can approach the court, seeking an explanation for the discrepancy.

The Election Commission, in April, had written to all State Chief Electoral Officers conveying that any aggrieved party can directly approach the court against a false declaration in a candidate’s election affidavit, rather than having to route the complaint through the concerned returning officer. This defines the route that can be taken to challenge the discrepancies in the affidavits.

Recently, Supreme Court, in the case of Kisan Shankar Kathore vs Arun Dattatraya Sawant and ors, reiterated its earlier views for ensuring the purity of election process. The election petition challenged an election on the basis of false affidavits filed by the candidates. In the nomination form filled in by the appellant he had suppressed information regarding assets belonging to himself and his wife.

The Court referred to the landmark judgment of Union of India v. Association for Democratic Reforms & Anr. In this case, the Court held that it was incumbent upon every candidate, who is contesting election, to give information about his assets and other affairs, which requirement is not only essential part of fair and free elections, in as much as, every voter has a right to know about these details of the candidates, such a requirement is also covered by freedom of speech granted under Article 19(1)(a) of the Constitution of India. Read the livelaw story here.

As for the challenge to the affidavit filed, the Court was clear in its stance that such an enquiry can be only at a later stage and the appropriate stage would be in an election petition as in the instant case, when the election is challenged. The Court ruled that concealing information while filing nomination papers can be a ground for setting aside the candidate’s election. The HRD minister is however, not an elected representative as she lost the election to Congress vice-president Rahul Gandhi, and is now a Rajya Sabha MP.

Until last year, Irani was the BJP’s women’s wing chief during Nitin Gadkari’s tenure as BJP president, after which she was promoted as the party vice-president by Rajnath Singh last year. With the discrepancies coming to light, the stakeholders should act fast as such a violation of disclosing honest information can strike the very foundation of the right to free and fair elections.