“Legally India” responds to May 25 notice issued by Bar Council of India; says Manan Kumar Mishra’s actions as the BCI's elected chairman have tarnished the image of the institution 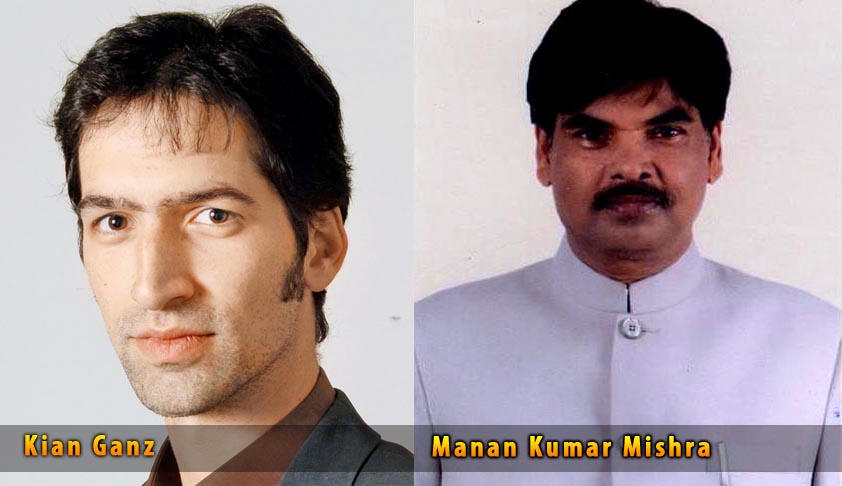 Responding to the notice dated May 25 issued by the Manan Kumar Mishra, Chairman of the Bar Council of India accusing it of defaming the Council by concealing and suppressing material facts in its reportage of news related to the Council particularly with reference to the conduct of the fourth and successive All India Bar Examination (AIBE),  Legally India has sent an exhaustive 46 page...

Responding to the notice dated May 25 issued by the Manan Kumar Mishra, Chairman of the Bar Council of India accusing it of defaming the Council by concealing and suppressing material facts in its reportage of news related to the Council particularly with reference to the conduct of the fourth and successive All India Bar Examination (AIBE),  Legally India has sent an exhaustive 46 page reply  denying all allegations leveled against it.

The notice was issued by Mr. Mishra on behalf of the Council following a report titled “RTI’d minutes of BCI reveal how multi-crore bar exam contract was awarded to mystery 5th bidder ITeS Horizon #longread” that was published by Legally India on May 19, 2015.

The relevant portions of the said report which led to the issuance of the notice by Mr. Mishra on behalf of the Council are as follows:

“Around 25 June 2012, the BCI called for tenders from agencies to conduct the next AIBE [link to cached copy of call for tender]. Applications were to be received by the BCI on 30 June 2012 with a demand draft of Rs 2,000.

According to minutes of a BCI meeting dated 28 July and 30 July 2012, four contractors had appeared and bid for the job: Aspiring Minds, Rainmaker, Pearson Vue and Manupatra Information Solutions.

However, one printed line at the bottom of the 30 July minutes, slightly out of alignment with the rest of the text, stated that “subsequently ITeS Horizon Pvt Ltd was represented by Ms Rubab Khan”. ITeS chief executive officer (CEO) Khan’s signature and the 30 July 2012 date appears on the minutes

On 1 August 2012 Legally India had reported an authoritative BCI source saying that only four companies had applied for the tender. However, on 7 September 2012 BCI chairman Manan Kumar Mishra had told Legally India that those four companies had been rejected and the contract was awarded to ITeS instead as the BCI had decided to carry out a larger share of work internally.

A more comprehensive set of minutes prepared after 30 July 2012 includes the initial bids of all five bidders, including ITeS, as well as the revised bid rates that were submitted by the vendors between 30 July and 2 August 2012.”

Manupatra quoted the lowest amount for repeat candidates for whom no materials would have to be prepared.

In the 2012 tender according to the second set of minutes, on 2 August 2012 Rainmaker offered to conduct the AIBE for Rs 500 for any candidate if no hardcopy preparatory materials were required to be sent out. Its initial bid of 30 July pitched with rates of Rs 900 for first time test takers for whom printed materials were required, and Rs 500 for repeat candidates who had failed a previous exam (and would therefore not require additional preparation materials).

Rainmaker said in the tender according to the minutes that it had an annual turnover of Rs 4 crore and would conduct the exam by 15 October 2012.

Full disclosure: Rainmaker is an advertiser on Legally India.

Pearson Vue is a company that runs the LSAT-India law school admissions test and other competitive exams globally and in India, claiming a Rs 55,000 crore global revenue according to the minutes recording its bid.

With study materials, the company had initially quoted Rs 670 per candidate. It had said it would conduct the exam within three months.

Full disclosure: Pearson Vue has been an advertiser on Legally India.

Aspiring Minds – a company that generates “over 22 crores in the field of assessment” according to its bid, had quoted Rs 675 for fresh candidates and Rs 500 for repeaters in its initial bid and does not appear to have submitted a subsequent bid.

It is not clear from the minutes whether Aspiring Minds also submitted a quote with study materials.

For first-time candidates, legal judgment database and publisher Manupatra quoted Rs 850 for the first exam, Rs 800 for the second exam and Rs 700 for the third exam, including study materials.

According to the minutes, ITeS had initially on 30 July 2012 quoted Rs 675 for new candidates and Rs 500 for repeat candidates using the old model test papers as preparatory materials, or Rs 695 per candidate if it had to provide printed study materials.

That quote was revised by ITeS, with the minutes adding that its director Khan “personally appeared and expressed her willingness to conduct the exam, saying that she can run her office in the premises of Bar Council of India itself; it would be Bar Council of India which shall spread its name, ITES shall only be managing the exam in transparent and fair manner.”

The report conveyed the message that BCI's minutes , claimed to be obtained under the Right to Information Act raised serious concerns about the 2012 bidding process for the AIBE project, right from the start and were not fair or transparent.

Mishra in his notice had alleged that ‘Legally India’ was a part of Rainmaker and ‘deliberately doing mischief’ and defaming the Bar Council of India. Denying this allegation, Legally India has dismissed claims made by Mr. Mishra on the alleged nexus with Rainmaker as ‘defamatory, ridiculous and completely devoid of any evidence other than your repetition”. Legally India claims in its reply that its relationship with Rainmaker has been at an arm’s length. The relevant portion of the reply reads:

“Neither LI nor any of LI's connected parties are or have ever been connected to Rainmaker in any way that you allege.  While Rainmaker, as many other companies and organisations has been an advertiser on LI since 2013, LI has always transparently disclosed this fact on any story where this is even remotely relevant. LI's relationship with Rainmaker is arms-length and the same as it is with any of dozens of other advertisers such as Pearson Vue, that use or have used LI to reach out to the legal community and more than 2 lakh visitors per month.”

Defending its report of May 19, Legally India says in its reply to Mr. Mishra,

By 30 July 2012, your minutes (Annexure 2 - BCI 2012 meeting minutes relating to AIBE) included only the same four names in a numbered list, with a printed sentence stating “Subsequently ITES Horizon Pvt. Ltd was represented by Ms. Rubab Khan”. However, this sentence is completely out of alignment with the preceding sentence, which is nearly impossible to achieve in a Word Processor or by printing error.

Legally India has also claimed in its reply that some of the reasons for the rejections of the bids of the other bidders are “either opaque or premised on faulty logic.”

‘Legally India’  has also refuted the allegation that it has ever set out to malign the image of the BCI and said it is patently false and ‘an attempt to distract from the fact that, if anything, it have been your [Mishra’s] actions as the BCI's elected chairman that have tarnished the image of the institution.’

Legally India has also claimed that IT company ITES did not have a website until 2012 (and when it did build one, it looked dubious) and that under ITES, the AIBE cost increased for no obvious reason by almost 100%, to Rs 2,500 per candidate. The reply reads, “ You may claim that the increased fees went straight to the BCI and the state bar councils who used the money for the “welfare of lawyers”, according to the minutes you shared with us via RTI (at Rs 1,900 per candidate, that translated to Rs 800 for the BCI, Rs 650 to ITES, and Rs 550 for the state bar councils).

Notwithstanding the apparent arbitrariness of the price hikes, it goes without saying that at the very least you must then provide a full itemisation of how the funds from the AIBE have been utilised by the BCI and the state bar councils for the “welfare of lawyers” or otherwise.

The lawyers who voted for you in state bar council elections and the young lawyers who paid increased AIBE fees have a right to be informed of this information, other than your general duty of accountability as the chairman of a body created by statute.”

“There is the possibility that your Letter can be ascribed to a genuine and honest mistake on your part with respect to the facts, as evidenced by your apparent inability to distinguish between LI and other independent companies operating in the space, as well as the many other factually false and/or unproven statements made by you in your Letter.

Alternatively, it is possible that you have perhaps been the victim of misinformation spread to you mischievously by people who want to commit mischief against LI, Kian and Prachi.

If that is the case, LI, Kian and Prachi would accept the following from you as an initial offer that would go some way towards reducing the reputational damage you intended to cause LI, Kian and Prachi with your Letter, as well as repair the damage that your baseless allegations and vexatious legal threats have caused to the great and respected institution of the Bar Council of India:

If you are unwilling to agree to the above, despite having been made incontrovertibly aware of the numerous falsehoods and highly damaging assertions made in your Letter, as set out above, LI, Kian and Prachi reserve the right to seek all available legal remedies under civil or criminal law to protect their respective reputations.”