The Lok Sabha yesterday passed the Transgender(Protection of Rights) Bill, which seeks to define transgenders and prohibit discrimination against them.

The Bill, which was introduced in 2016, was passed with 27 amendments, including an amendment on the definition of "transgender". Originally, the Bill defined transgender as a person who is "neither wholly male or wholly female, or a combination of female or male, or neither female nor male".

This definition was widely criticised as insensitive. The Standing Committee, to which the Bill was sent for scrutiny, suggested amending the definition of trangender as "transgender person means a person whose gender does not match with the gender assigned to that person at birth and includes trans-man (whether or not such person has undergone sex re-assignment surgery or hormone therapy or laser therapy or such other therapy), person with intersex variations, gender-queer and person having such socio-cultural identities as kinnar, hijra, aaravani and jogta.”

Yesterday, Union Minister for Social Justice Dr. Thawar Chand Gehlot said that definition has been amended in the Bill as per the recommendation of the Standing Committee. The amended Bill also provides for a definition of "persons with intersex variations" as "who at birth shows variation in his or her primary sexual characteristics, external genitalia, chromosomes or hormones from normative standard of male or female body”

Highlights of the Bill

The Bill is stated to be introduced as per the 2014 judgment of the SC in NALSA v Union of India, which recognized transgender identity.

Concerns Flagged Over The Bill

Several members objected to many clauses of the Bill.

Dr. Shashi Tharoor MP said that the Bill wrongly assumed that all persons with intersex variations will be transgenders. He also objected to the requirement imposed by the Bill to get a certificate of identity from the District Magisrate.

"Self-identification as transgender should be the only basis. My amendment expressly forbids subjecting transgender persons to a physical examination & ensures all transgender persons are protected against discrimination, even those who may not have a certificate of identity", Tharoor said in a tweet.

It was also pointed out that corresponding amendments should be made in several other laws like IPC to include trasngeders. For example, definition of rape under Section 376 IPC deals with crime committed against a female.

Supriya Sule (NCP) said a transgender commission at the national level was not enough. “We are asking for a welfare board for transgenders. They need equal rights,” she said, demanding a helpline number for the community.

The provisions mandating certificate of identity from a District Magistrate for recognition as a transgender are criticised as against the spirit of NALSA judgment. The SC had upheld the right of transgender person to decide their "self-identified gender". The criticism is that forcing a transgender person to undergo screening to establish identity is invasive and insensitive, violating right to privacy and dignity.

Bill as originally introduced in 2016

Amendments made to the Bill 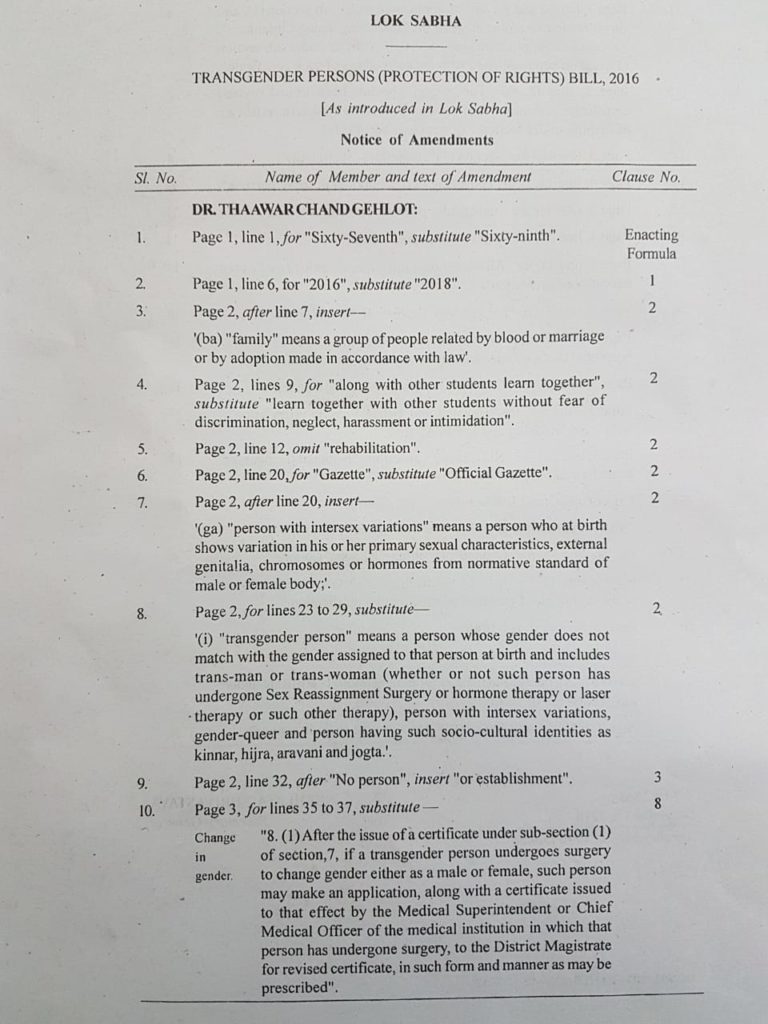 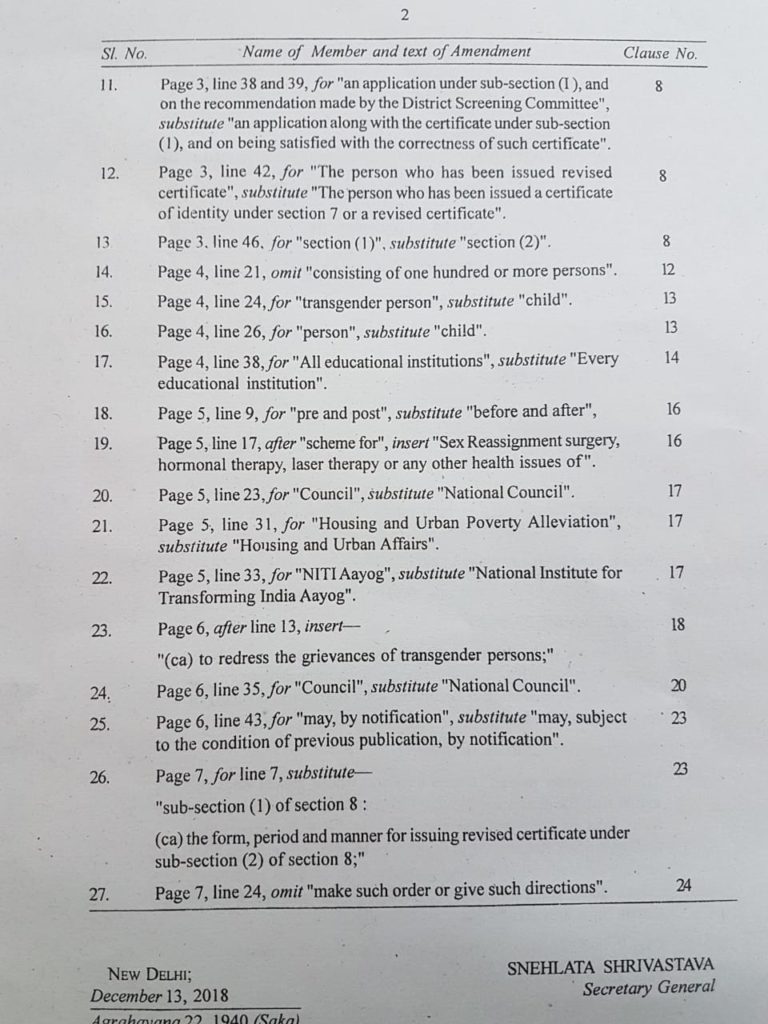