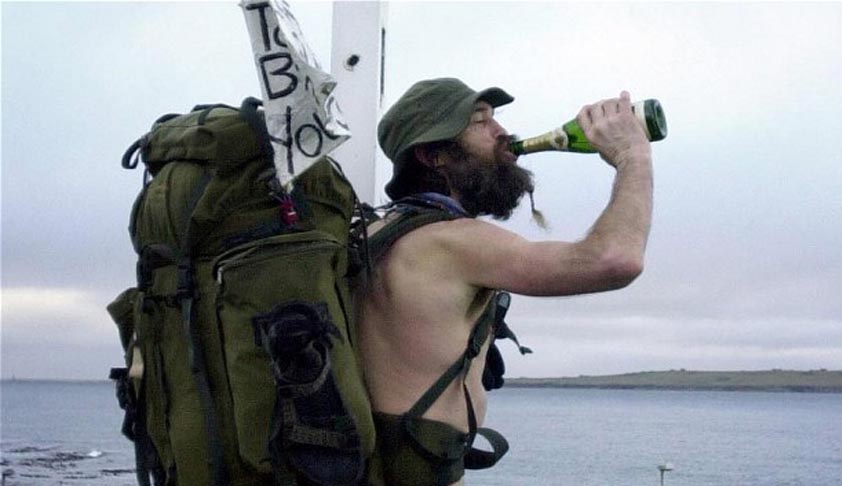 Stephen Peter Gough, a British, also known as Naked Rambler has lost his case in the ECHR regarding his right to be nude in public.In 2003 Mr Gough had chosen to walk stripped from Land's End in England to John O'groats in Scotland, acquiring the epithet "the naked rambler". Between 2003 and 2012 he was arrested over thirty times in Scotland for being naked in open. He was convicted on a...

Stephen Peter Gough, a British, also known as Naked Rambler has lost his case in the ECHR regarding his right to be nude in public.

In 2003 Mr Gough had chosen to walk stripped from Land's End in England to John O'groats in Scotland, acquiring the epithet "the naked rambler". Between 2003 and 2012 he was arrested over thirty times in Scotland for being naked in open. He was convicted on a number of events of breach of the peace. He was likewise declared guilty for contempt of court for denying to dress for his court appearances. Despite the fact that he was at first given counselling or got generally short custodial sentences, the sentences expanded with his repeat acts. More than once, he got the most extreme twelve-month sentence. He was regularly rearrested as he left jail. As a result, between May 2006 and October 2012 (when he left Scotland), Mr Gough had enjoyed around seven days at freedom.

He spent a total of more than seven years in detention, often solitary as he refused to dress up. Mr. Gould then approached the European Court of Human Rights, asking it to recognize and enforce his right to remain naked in public.

However, the ECHR unanimously held that there is no violation of Article 8 (right to respect for private life) of the European Convention on Human Rights, and that there is no violation of freedom of expression too. Regarding freedom of expression, the Court held that right to freedom of expression extended not only to the substance of ideas expressed but also to the form in which they were conveyed. Since Mr Gough had chosen to be naked in public in order to give expression to his opinion as to the inoffensive nature of the human body, his public nudity could be seen as a form of expression which fell within the ambit of Article 10. His arrest, prosecution, conviction and detention constituted an interference with that Article; the question was whether that interference was justified.

The Court also noted, "The repressive measures taken against Mr Gough were in accordance with domestic law and pursued the legitimate aim of preventing disorder and crime, including the broad aim of seeking to ensure respect for the law in general."

The Court also held that there was no blanket ban on public nudity and that each arrest had to be judged on its merits.

Regarding Article 8 of the Convention, the Court held "Article 8 could not be taken to protect every conceivable personal choice as to a person's desired appearance in public, and that there had to be a minimal level of seriousness. It was doubtful whether the minimal level of seriousness had been reached in relation to Mr Gough's choice to appear fully naked on all occasions in all public places without distinction, having regard to the absence of support for such a choice in any known democratic society in the world."

In the 40 page judgment, the Court also noted the behaviour of Mr. Gough, the judgment says "Without any demonstration of sensibility to the views of others and the behaviour that they might consider offensive, he insists upon his right to appear naked at all times and in all places, including in the courts, in the communal areas of prisons and on aeroplanes."

ECHR had also reportedly said that it was ready to accept the matter relating to right to remain naked in public interest but at the same point, it mentioned that few people shared such a view.

Apart from issues relating to Article 8 and 10, Mr. Gough had also complained regarding his treatment in Scottish Prisons, but the Court said such complaints were inadmissible, as he had not approached the Scottish redressal system regarding the same.