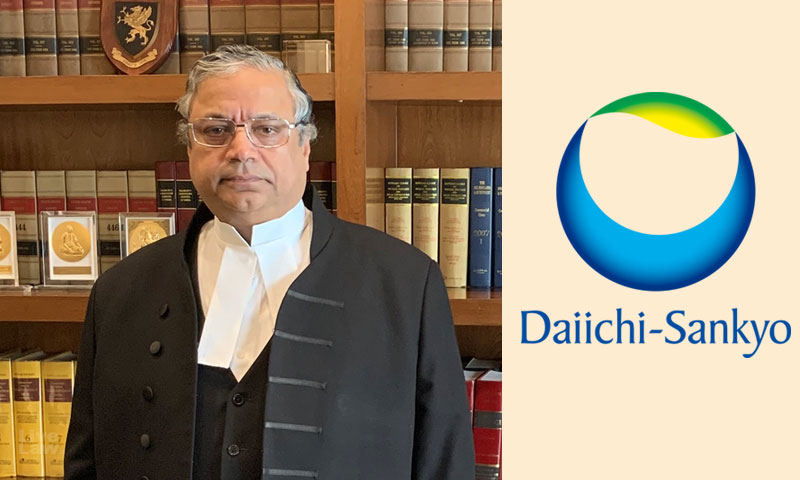 With this, Senior Advocate Gopal Subramanium, representing Daiichi Sankyo, has become the first Indian to appear before the Singapore Supreme Court (Court of Appeal).

On April 29, 2016, the Arbitral Tribunal comprising Professor Lawrence GS Boo, Karyll Nairn and Justice (Retd.) AM Ahmadi had held that the Sellers (the Singh brothers) are jointly and severally liable to pay damages for the harm suffered by the Buyer (Daiichi) as a result of the fraudulent concealment of a Self-Assessment Report concerning a pending investigations by the US Food and Drug Administration and Department of Justice.

Pursuant to this, Daiichi approached the Delhi High Court seeking enforcement of the award. Thereby, Justice Jayant Nath held that the award was enforceable, except against five minors, including Singh's children, as "Article 15, 39(e) and (f) and 45 of the Constitution of India empower the state to make special provisions for protection of children".

This order came to be challenged by Singh brothers before the Indian Supreme Court. However, the Bench comprising Justice Gogoi and Justice Banumathi dismissed the SLP saying that they are "not inclined to interfere" with the impugned judgment.

The arbitral award was also a subject matter of challenge before the High Court of Singapore which, in its verdict dated December 21, 2018 upheld the award of the Singapore seated ICC arbitral tribunal in favour of Daiichi Sankyo.

This order of the High Court of Singapore was upheld by the country's Supreme Court yesterday.

Mr Subramanium was the first Indian Senior Counsel to have appeared before the Singapore Supreme Court.

Pertinently, Singh brothers have also been held guilty of contempt by the Supreme Court of India for violating its order asking them not to divest their shares in Fortis Healthcare Limited. The Top Court had asked also Singh brothers to give it a plan as to how they would honour the arbitral award of Rs 3,500 crore granted by a Singapore tribunal against them and in favour of Japanese drug manufacturer Daiichi Sankyo.

Nevertheless, they effected sale of their controlling stakes in Fortis Group to Malayasian firm IHH Healthcare.