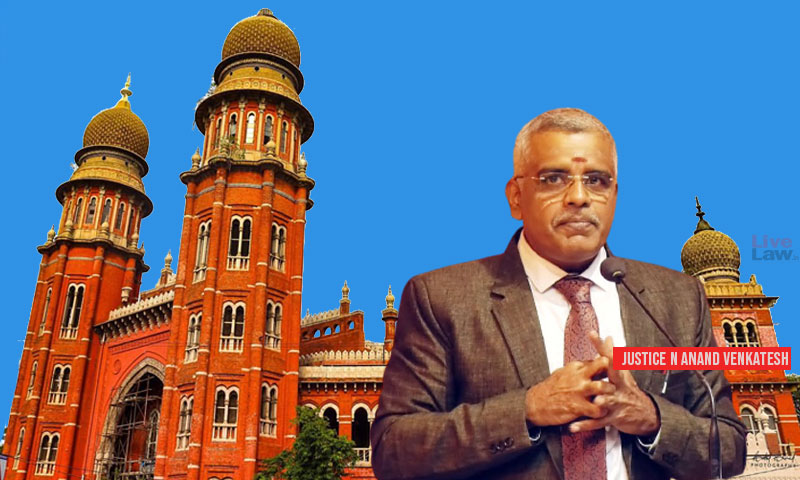 The Madras High Court prima facie observed on Friday that an accused person who is eventually acquitted of all charges is entitled to have his name redacted from all Court orders in relation to the offence he was accused of in order to uphold his fundamental right to privacy. Justice N Anand Venkatesh made the observation while adjudicating upon a plea wherein a man earlier accused of...

The Madras High Court prima facie observed on Friday that an accused person who is eventually acquitted of all charges is entitled to have his name redacted from all Court orders in relation to the offence he was accused of in order to uphold his fundamental right to privacy.

Justice N Anand Venkatesh made the observation while adjudicating upon a plea wherein a man earlier accused of offences under Sections 417 (cheating) and 376 (rape) of the Indian Penal Code (IPC) and subsequently acquitted of all charges moved the High Court to redact his name from the Court's judgment.

The petitioner had contended that although he was acquitted of all charges, anybody who types his name in Google search is unfortunately able to access the concerned judgement wherein he has been labelled as an accused. This causes a serious impediment to his reputation and accordingly he sought the Court's leave to redact his name from the concerned judgement.

Highlighting the overreaching power of social media in the present times and its ability to shape reputation, the Court observed,

"Today, the world is literally under the grips of social media. The background of a person is assessed by everyone by entering into the Google search and collecting the information. There is no assurance that the information that is secured from the Google is authentic. However, it creates the first impression and depending upon the data that is provided, it will make or mar the characteristics of a person in the eyes of the Society. Therefore, in today's world everyone is trying to portray himself or herself in the best possible way, when it comes to social media. This is a new challenge faced by the World and already everyone is grappling to deal with this harbinger of further complexities awaiting mankind."

The Court also referred to the Data Protection Bill 2019 and its ability to effectively protect the data and privacy of a person once it comes into effect.

Further the Court observed that prevailing laws only protect the identity of victims, who are women and children by ensuring that their names are not reflected in any order passed by a Court. However such a protection is yet to be extended to an accused person who has been eventually acquitted of all charges.

Accordingly the Court ruled that a prima facie case has been made out by the petitioner and he is entitled to his fundamental right to privacy as enshrined in Article 21 of the Constitution as has been held in the landmark Supreme Court judgement of Puttasamy v. Union of India.

"If the essence of this Judgment is applied to the case on hand, obviously even a person, who was accused of committing an offence and who has been subsequently acquitted from all charges will be entitled for redacting his name from the order passed by the Court in order to protect his Right of Privacy. This Court finds that there is a prima facie case made out by the petitioner and he is entitled for redacting his name from the Judgment passed by this Court in Crl.A. (MD).No.321 of 2011", the Court observed.

However the Court observed that since the High Court is adjudicating upon such an issue for the first time, Members of the Bar as well as the counsel for the respondents are welcome to put forward their recommendations regarding this issue.

"It is also informed to this Court that a new Right called as Right to be Forgotten is sought to be included in the list of Rights that are already available under Article 21 of the Constitution of India", the order stated.

In 2017, Justice Anand Bypareddy of the Karnataka High Court also upheld the 'right to be forgotten' by allowing the removal of a person's personal information or data online.

The matter has been listed for final arguments on July 28 at 2:15pm. The Registry was further directed to publish this order in the Advocate Associations and Bar Associations both in the Principal Bench and Madurai Bench.

The Court requested the members of the Bar to assist the Court in this issue.