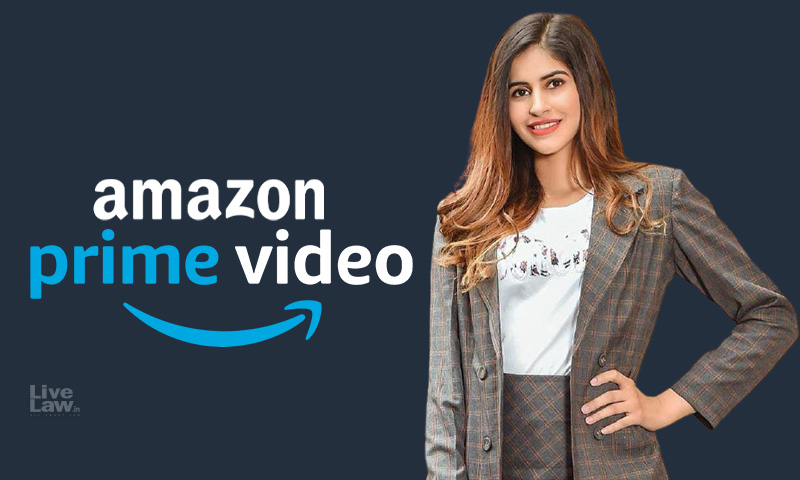 The Bombay High Court on Tuesday restrained Venkateshwara Creations Pvt. Ltd. from releasing the Telugu Movie 'V' on the OTT platform, Amazon Prime until deletion of a scene wherein a portfolio picture of Mumbai based actor, Sakshi Malik was used without her permission. The Court also directed the defendants to take down the telecast of the film in all versions, irrespective of language...

The Bombay High Court on Tuesday restrained Venkateshwara Creations Pvt. Ltd. from releasing the Telugu Movie 'V' on the OTT platform, Amazon Prime until deletion of a scene wherein a portfolio picture of Mumbai based actor, Sakshi Malik was used without her permission.

The Court also directed the defendants to take down the telecast of the film in all versions, irrespective of language and sub-titles, until the said deletion.

A single bench of Justice G.S. Patel was hearing a defamation suit filed by actor Sakshi Malik praying for permanent injunction. However, the Court granted ad interim order restraining the defendants to not release or telecast the motion picture on any media platform until the said scene is deleted, subject to a specific order of the Court post its deletion.

The facts of the case dates back to 24th July 2017 wherein Sakshi Malik commissioned a photographer for preparing her photo portfolio. The said photographs were shared with her by the photographer via google link. Subsequently, the actor shared her pictures on her instagram account on 16th August 2017.

It was the case of the plaintiff actor that Venkateshwara Creations Pvt. Ltd. had used her picture without her permission in the said movie with reference to a female escort or a commercial sex worker. The movie 'V', released on 5th September 2020 and available to watch on Amazon Prime, depicted her image on a mobile screen which was taken without her consent from her instagram account.

Advocate Alankar Kirpekar along with Advocate Saveena T Bedi appeared on behalf of the actor plaintiff. According to the submissions put forth by the counsel, the act of the defendants results to an unauthorized invasion of privacy. Moreover it was also submitted that there was an unauthorized use of her image to depict her in the motion picture as an escort or commercial sex worker.

While observing that the case results in defamation per se, the Court ordered:

"It seems to me self-evident that it is not possible to use the image of any person for a commercial purpose without express written consent. If images are to be used without such express consent, they must be covered by some sort of legally enforceable and tenable licensing regime, whether with or without royalty. Simply using another's image, and most especially a private image, without consent is prima facie impermissible, unlawful and entirely illegal. In a given case, it may also be defamatory, depending on the type of use."

The Court gave OTT platform Amazon Prime 24 hours time to discontinue the availability of the film. Moreover, the court went ahead to observe:

"The fact that the image has been illicitly used is bad enough. It only makes matters worse when used in a plainly derogatory and demeaning vein."

In view of this, the Court opined that the defendants must completely delete all the images of the plaintiff actor used in the motion picture and merely pixilation or blurring it will not be enough.

While restraining the defendants of releasing the said film on any media platform without deleting the said scene, the Court ordered that Amazon Prime cannot release the re edited version of the film without a specific order of the Court.

"I am making it clear that the 1st and 2nd Defendants will have to show Mr Kirpekar and his client the altered portion before I will permit the 3rd Defendant to re-release this film."