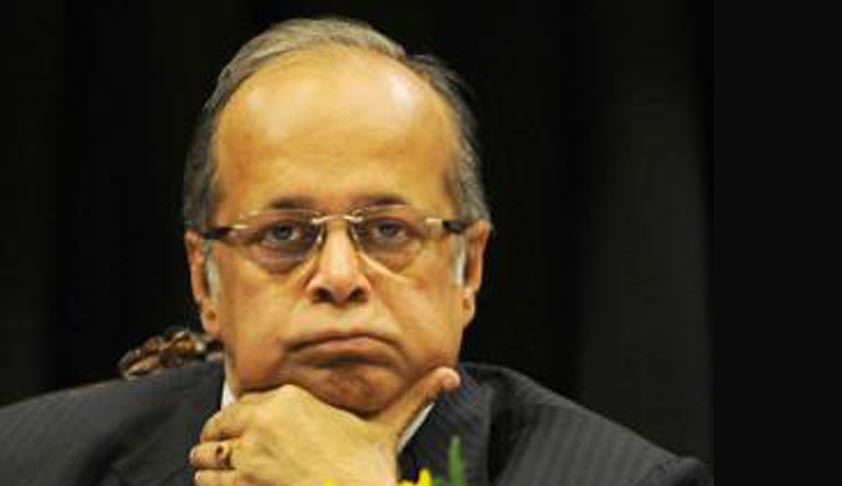 Justice A.K.Ganguly who resigned from the post of WBHRC Chairman, denied all the allegations made against him. He alleged a conspiracy against him to to malign his reputation. Here is the video of his interview with CNN IBN

Here is the excerpts from the Interview

For a month you were saying that there is no question of stepping down. Then why you have resigned now?

I have not done anything to feel ashamed.

I stepped down for two reasons

Firstly for my family's peace and happiness and secondly I found increasing difficulty to work with WBHRC with dignity and honour.
My family and I have suffered a lot because of theses allegations.

I have resigned in disgust.

Supreme Court panel in its report found fine merit on charge against you. Speak about the substantial portion of the charge?

No charge was made against me.

Only allegations which made by the intern after 11 months…. The intern never named me in her blog.

Why was an exception made in my case by the Supreme Court?

A conspiracy was hatched against me.

The intern never complained to the SC, then why was a panel formed? I appeared before the court in good faith. The SC panel acted without jurisdiction and basis against me. I am questioning the role of my fellow judges in the SC.

There are question marks over why the SC panel was formed. I am questioning the role of my fellow judges in the SC.

I was not given a fair chance by the SC panel.

How dis the Supreme Court panel treated you?

I was confronted with a lengthy affidavit. I asked for a copy of the allegations and they denied it. I was at the SC for two hours. My version has been distorted by the media.

What about the allegation of ‘unwelcomed behavior’ towards the law intern?

If she felt that my behavior is unwelcome it is open to her to walk out. What pretended her to do so? I never abused my power. She could have left the room if she was feeling unwell.

No person can be forced to drink wine if the person doesn't want to. And I am shattered by the nature of the complaint.

Will it comes under the Vishaka judgment?
The Vishaka guidelines don't apply in the case. The intern was not working with me. The alleged incident did not happen at a work place.

You might have used power to silence the intern:
I did not abuse my power. I never harmed or injured the intern. There is no question of trauma; I never threatened her.

On the Union cabinet note against him:

The Union Cabinet did not apply its mind. It took a hasty decision. Presidential reference is mainly made on two grounds. One is my Pakistan visit. It is my fundamental right. A retired judge needs no permission to visit a foreign country.  Second is the arbitration issue. In arbitration there is no employer employee relationship and also it is not a paid employment.

Do you think that West Bengal Government has conspired against you?

My version has been totally ignored. The assembly, the CM of West Bengal, without naming me cast serious aspersions against me. They were very uncomfortable with me as the West Bengal Human Rights Commission chief.

Are you ready to face enquiry?

Q: Have you resigned as the chairperson of the West Bengal Human Rights Commission?

Ganguly: Yes, I have resigned and it has been accepted. I have resigned to uphold my dignity and that of the number of posts I have held. I have not surrendered to any pressure but will continue to work for restoration of human rights of the common man. I am a victim of conspiracy but please don’t compel me to say anything further on the issue.

Q: What was the main reason for your decision?

Ganguly: I was impelled by the state government’s hostile approach and decision to frame two additional charges against me for my removal through a presidential reference. (The two charges are Ganguly’s trip to Pakistan without prior permission of the state government and acceptance of an arbitration assignment on behalf of the All India Football Federation.)

Q: How do you respond to the charge related to the Pakistan trip?

Ganguly: The first ground was that of going to Pakistan for two days. But you must know that the restriction imposed on going abroad is only on sitting judges. No longer am I a sitting judge. I have a fundamental right to go abroad. This can be restricted only by law. So, only when the law restricts, the restriction will apply. There is no such embargo on me under the Human Rights Act.

A sitting judge enjoys diplomatic passport. I went to Pakistan on an ordinary passport. Second, tickets for the travel were provided to me by an NGO in India. It is not a foreign organisation.

I have stayed in the house of a lawyer friend in Pakistan for two days. There was no (Pakistan) government contribution. And the rules of the Foreign Contribution Regulation Act (FCRA), 2010, do not apply to casual hospitality for two days. As a retired judge, Section 6 of the FCRA would not apply to me. So, that cannot be a ground for my removal.

A previous chairperson of the WBHRC (West Bengal Human Rights Commission) had stayed in America for over one-and-a-half months without the prior permission of the state government. No questions were asked at that time. But I do not want to name the person in public.

Q: What about the second charge?

Ganguly: The state Human Rights Act only prohibits paid employment. What is not permitted under Section 23 of the act is paid employment. When an arbitrator is appointed by a party, he does not become an employee, nor does the appointing party become an employer. An arbitrator is an independent authority, he cannot be controlled by the party at all. The party cannot give any command to the arbitrator. However, I have no rancour towards anybody, including my detractors. I wish them all the best in their life.

Earlier an All India Football Federation (AIFF) official told ET that "An amount between Rs 2.5 lakh and Rs 3 lakh was paid for the official assignment through another lawyer who had got Justice Ganguly for it,". "His hotel expenses and airfare were borne by the AIFF (and) he has long back submitted his report,"