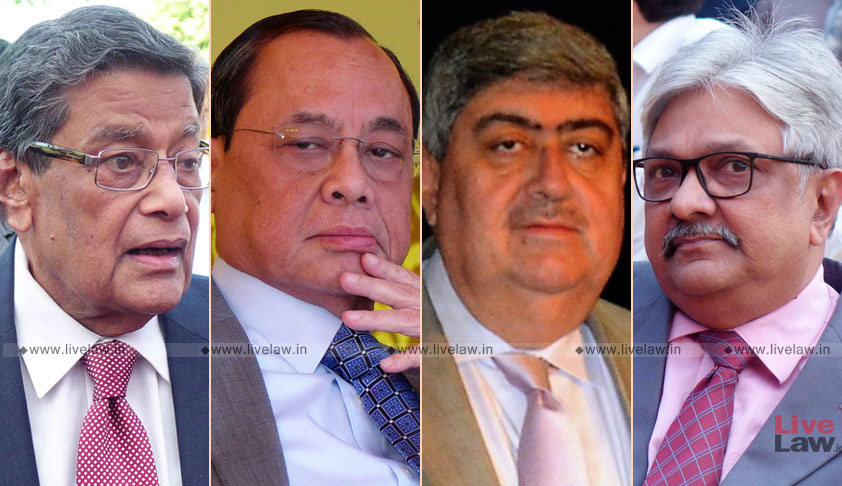 After an eventful hearing which crossed three and half hours, the three judges bench of Supreme Court comprising Chief Justice Ranjan Gogoi, Justices S K Kaul and K M Joseph has reserved judgment on the petitions questioning the Rafale deal and seeking court-monitored CBI probe into it.

The Court elaborately quizzed the Attorney General about the procurement process, offset conditions, inter governmental agreement etc of the deal.

In the post lunch session, the Attorney General admitted in the Court that the there was no sovereign guarantee from the French government for the deal. However, the AG added that France has issued a 'letter of comfort' for the deal with Dassault Aviation for the procurement of 36 Rafale aircraft.

Justice K M Joseph asked the Attorney General as to how the Prime Minister could have announced the new deal in April 2015, when the Request For Proposal(RFP) of the earlier deal was still in force. While the AG was attempting to answer the query, CJI Gogoi interjected and invited the attention of the AG to the submissions in the written note handed over by government. "Your own note says that the withdrawal process[of the RFP] had begun in March 2015 and ended in June 2015", the CJI said.

The hearing also witnessed the Court interacting with the Air Marshal of the Indian Air Force and Additional Chief Secretary of Ministry of Defence. In the pre-lunch session, the CJI had expressed that the Court wished to be apprised of the details by officers from Indian Air Force. Accordingly, the Air Marshall and Air Vice Marshall along with few other officers of IAF were present in the Court in the post lunch session.

With reference to the stand of the Government that it had no role to play in the selection of Indian Offset Partner by the Original Equipment Manufacturer Dassault, Justice K M Joseph asked the Additional Secretary of Defence as to how the nation's interests will be protected if the offset partner fails to carry out production in terms of the agreement. Justice Joseph also asked if it was not important for the government to know the credentials of the offset partner. This was with reference to the stand taken by the Government that Dassault was yet to submit the details of the offset partner to the government. Justice Joseph further asked about the need to amend the offset guidelines with retrospective effect, in the context of the petitioners' argument that the amendment was made to specially accommodate the interests of Reliance defence.

To this, the Defence Secretary replied that it was for the Government to accept the choice of offset partner at  a later stage. The Original Equipment Manufacturer runs the risk of penalties if the offset partner is found to be invalid, said the Secretary. Justice Joseph observed that the terms of offset contract ought to have been made part of the main agreement.

The Court was also informed that apart from India and France, Qatar and Egypt have entered into agreements with Dassault for procurement of Rafale.

The Attorney General concluded the arguments by stating that the matter was highly sensitive concerning the security of the country.

In the morning session, the petitioners had contended that the deal was announced without following the Defence Procurement Procedure. It was argued that the negotiations for the deal started after the PM announced the deal and approval of the Cabinet Committee was obtained almost a year after the announcement. The prices of aircraft were highly inflated in the new deal, and offset guidelines were manipulated to accommodate Reliance Defence, which had no experience in the sector. A detailed account of the arguments of the petitioners may be read here.

In rejoinder, the petitioners reiterated that the inter-governmental agreement was resorted to circumvent tender process. Senior Advocate Sanjay Hegde, appearing for AAP MP Sanjay Singh, submitted that the agreement between Government of India and Dassault was a pure commercial contract with a private company, and hence cannot be termed as an inter-governmental agreement. He submitted that the sudden deviations from existing procedure was made for the deal, which are glaring enough to shock the judicial conscience of the Court.