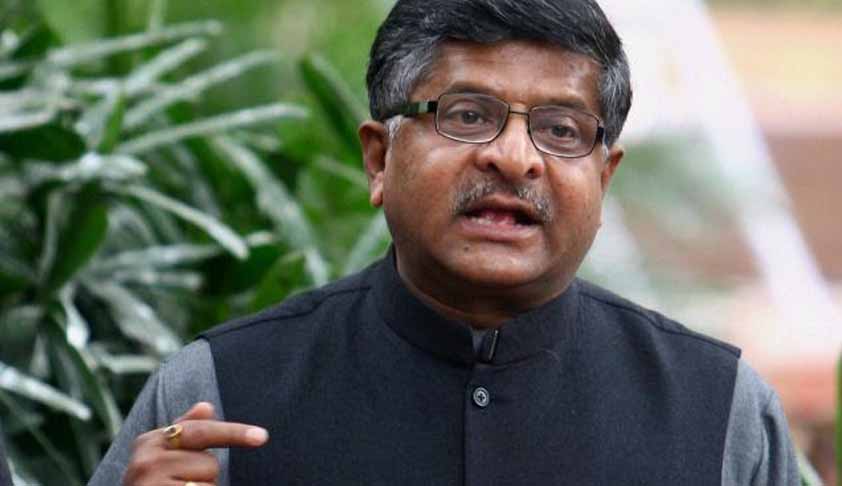 Reiterating the government’s resolve to bring about transformational changes in the fabric of the nation, Union Law Minister Ravi Shankar Prasad on Thursday asserted that post demonetisation, a sharp decline has been noticed in terror funding, hawala trade, supari killings and human trafficking, particularly of young girls as sex slaves, mainly from Nepal and the North East. He...

Reiterating the government’s resolve to bring about transformational changes in the fabric of the nation, Union Law Minister Ravi Shankar Prasad on Thursday asserted that post demonetisation, a sharp decline has been noticed in terror funding, hawala trade, supari killings and human trafficking, particularly of young girls as sex slaves, mainly from Nepal and the North East. He also highlighted a positive trend towards digitisation, leading to empowerment.

Addressing a seminar, jointly organised by the Press Club of India, Indian Women Press Corps and the Supreme Court Lawyers’ Conference, he said a new India, much stronger in its unity and integrity, was emerging, transcending the barriers of caste, creed and religion. He said, ‘Every government comes and goes. Our government is transformative government and tools of technology are actively aiding the good governance.’

He, however, said the government would not hesitate to take steps to widen the tax base, he said development was not possible without enlarging the tax kitty. ``There is only about Rs.5 lakh crore in the kitty of Finance Minister Arun Jaitley for development and it needs to grow,’’ he said.

He said Aadhar-enabled bank payments through smartphones would prove to be a ``game changer’’ and a tool of empowerment and said, ‘There are 110 crore Aadhar cards and 104 crore mobile connections today. Digital governance means faster delivery and even poor and illiterate people in rural areas are showing a new confidence in embracing the digital technology which has given a new vision of hope’.

He put forth examples of people who are adopting technology to enrich their live and those of people around them. He gave instance of one Imran Khan, a mathematics teacher from a school in Alwar, Rajasthan whose mobile apps had benefitted 40 lakh children and a woman named Satama Devi, a beedi worker from Telangana, who had learnt how to use Skype to talk to her grandson in Dubai. ‘People like these are change agents. They believe in this new fast emerging India,’ he said.

Speaking on the judicial infrastructure in the country, he said a panel, led by Justice Sri Krishna, had been set up to give a report within three months on making India a hub of arbitration.

He also admitted that there were issues of infrastructure and judicial appointments and said 126 appointments in the higher judiciary were made in the past two years, which was the highest since 1999. He said 131 high court judges had also been confirmed. ‘There is meaningful cooperation between the government and Chief Justice of India Justice Khehar and all concerns of judiciary will be addressed,’ he added.

Former Chief Justice of India MN Venkatachaliah, who presided over the seminar on Fundamental Duties and Economic and Judicial Reforms, stressed upon social evolution and education of young minds who can build a better India.

Ravi Shankar Prasad affirmed that independence of judiciary and media and individual liberty was sacrosanct for the government. He said accountability of political establishment was a positive feature of the democracy. ``The strength of democracy lies in bringing in positive changes like eliminating poll violence from Bihar by the efforts of the Election Commission,’’ he said.

He further added that members of the present government, including him, were student activists from the days of Emergency and reiterated that the commitment of the government for independence of judiciary is complete.