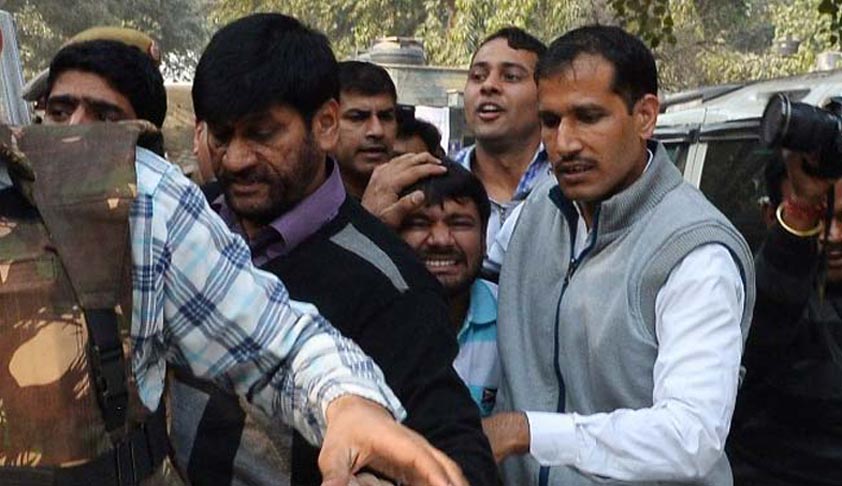 On 18th February, 2016, the Acting Chairperson, NHRC directed that a team comprising Shri. C. K. Chaturvedi, Registrar (Law) and Sh. S. K. Jain, SSP (Investigation) may visit Central Prison, Tihar to assess arrangements made and measures taken to ensure safety and security of Shri Kanhaiya Kumar in the prison and to ascertain the apprehensions, if any, in his mind with regard to his safety and security. The team also had agenda to ascertain the treatment meted out to him by the police and prison authorities while in custody and whether the statement released to the press by the Commissioner of Police, Delhi in the name of Shri. Kanhaiya Kumar was made by him voluntarily and without any extraneous influence.

The NHRC team has submitted a report dated 19.02.2016 with the following findings:

A copy of the inquiry report submitted by the NHRC team has been forwarded to the Commisioner of Police, Delhi and the Director General of Prisons, Tihar Jail for their comments, to be received by the Commission, on or before 26.02.2016.