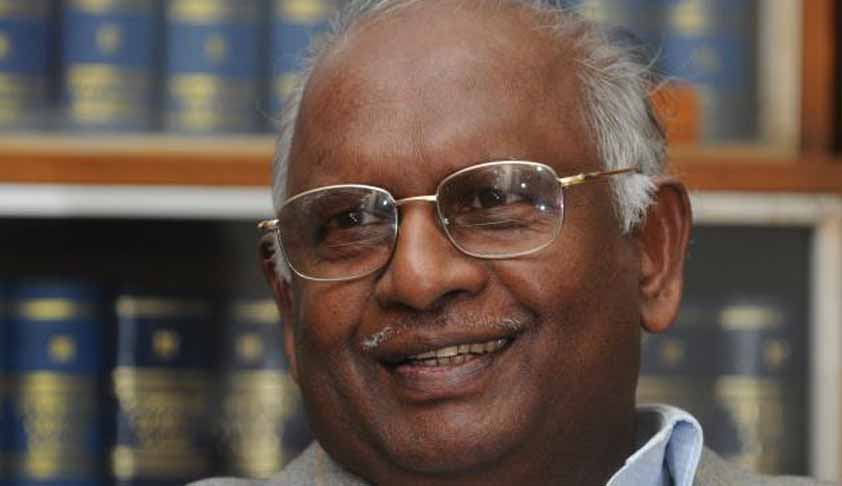 A PIL has been filed in the Supreme Court by NGO Common Cause seeking the removal of former Chief Justice of India (CJI) Dr. Justice K G Balakrishnan  as Chairperson of the National Human Rights Commission.

In an earlier petition filed by Common Cause, the Supreme Court on 10th May 2012 had directed the Government to take a decision on the representation against Justice Balakrishnan, and if the allegations are worthy of action, then "to proceed with the matter in accordance with the mandate of Section 5(2) of the 1993 Act". However, the Government of India had submitted on 29th January, 2013 that since the allegations pertain to his tenure as Chief Justice of India and not as National Human Rights Commission chief, therefore no action can be taken.

Present PIL was filed to challenge the Government's stand, and to seek removal of former Justice Balakrishnan by making a reference to Supreme Court for holding an enquiry.

The petition mentions that, on the basis of the law laid down in Krishna Swami vs Union of India, even the prior conduct of a Chairperson/member of National Human Rights Commission remains germane for making a Presidential reference under Sec 5(2) of the Protection of Human Rights (PHA) Act. It is to be noticed that under section 5(2) of the PHA unless a reference is made by the President to the Supreme Court, it cannot suo motu hold an inquiry into the alleged misbehavior of the members/Chairman of NHRC.

Further the petition contends that it is not necessary that allegations of misconduct for the removal of people from public posts must relate to his tenure in that position. It cited the recent example of Justice Soumitra Sen against whom impeachment process was launched by the Rajya Sabha on the ground of misconduct committed by him while he was a lawyer.

The petition also alleges that the institutional integrity of NHRC was at stake and that appointment of Justice Balakrishnan as chairman of NHRC adversely affected its institutional functioning and neutrality. The petition is likely to be listed for hearing on 19th August.

Advocate Prashant Bhushan will be appearing for the petitioners.

In 2012, the Income Tax Department had alleged that the relatives of Justice Balakrishnan acquired assets disproportionate to their known sources of income during his tenure as a judge.