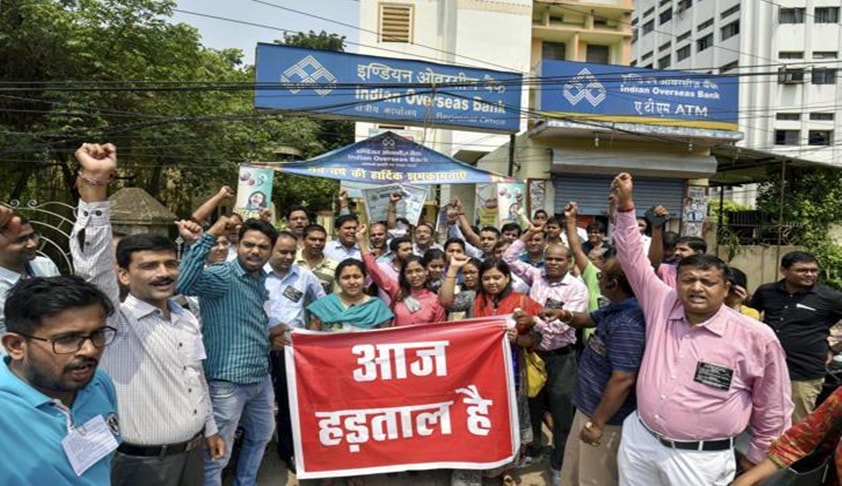 As services in PSU banks across the country were hit by a two-day nationwide strike by employees from Wednesday, Advocate Mathew Nedumpara has filed a petition before the Bombay High Court seeking access to banking services and prayed for the strike to be declared illegal and unconstitutional.

The strike has been called by 10 lakh employees that work for public sector banks in protest against a meagre 2 per cent hike in their salaries by the Indian Banks Association.

According to the petitioner, who has entered into an agreement for the execution of a sale deed on June 2, 2018, he will not be able to execute the sale deed because the organizing of the funds from various sources and its completion would require the next two days, but due to the setback in banking services, such funds cannot be arranged.

“He is hit by the unexpected call strike for strike by the Trade Unions, the call for strike is without due notice to the public at large, even while respecting the rights of the Union, which has resulted in the fundamental rights of the Petitioner; so too millions of citizens,” the petition stated.

The petition prays for the court to:

(a)    Declare that the petitioner as a citizen of this country has a right to have access to banking services and the said services cannot be denied to him, which is a fait accompli unless the strike called for by Respondent No.3 is withdrawn;

(b)    Declare that the strike called for by Respondent No.3 on 31st May, and 1st June, 2018, is illegal, unconstitutional and void inasmuch as exercise of the said strike/right has resulted in violation of the fundamental rights of the Petitioner; so too millions of constituents of banks, and the said strike is in the province of an act in terrorem;

(c)     Issue a writ in the nature of mandamus directing the Union of India and other authorities concerned to avert the proposed strike by conducting fresh negotiations with Respondent No.3 and other Trade Unions or direct the Trade Unions to either call off or postpone the strike till an attempt is made for resolution of the controversy which has necessitated the strike through conciliation and other amicable means;

(e)  Pass such further and other orders as the nature and circumstances of the case may require.

The vacation bench of Justice NW Sambre and Justice PD Naik was unable to hear the matter today and since no bench was sitting on Thursday, the petitioner was asked to mention the matter day after tomorrow.