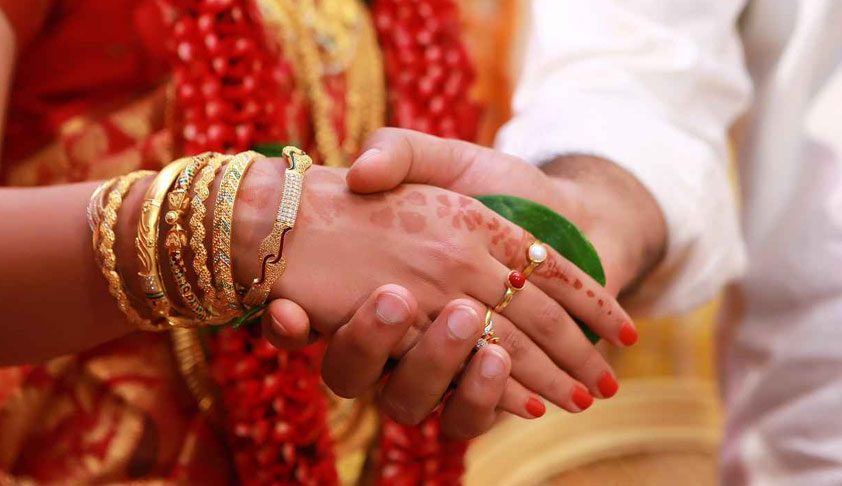 The Rajasthan High Court on Friday issued a slew of directions on religious conversions and interfaith marriages. The court directed that if any marriage, in the form of any nomenclature of any religion, will be performed after conversion in contravention of above guidelines, then such marriage of any nomenclature can be declared voidable upon complaint of aggrieved party.The division bench...

The Rajasthan High Court on Friday issued a slew of directions on religious conversions and interfaith marriages. The court directed that if any marriage, in the form of any nomenclature of any religion, will be performed after conversion in contravention of above guidelines, then such marriage of any nomenclature can be declared voidable upon complaint of aggrieved party.

The division bench of Justice Virendra Kumar Mathur and Justice Gopal Krishna Vyas was hearing a habeas corpus petition filed by Chirag Singhvi to produce his sister Payal Singhvi, who was allegedly under the illegal custody of Faiez Modi.

Taking note of the allegations, the court directed registration of an FIR based on the complaint filed by the petitioner. It opined that an investigation to be conducted, in order to ascertain the truthfulness of the conversion and the marriage.

"After hearing the learned counsel for the petitioner and perusing all the documents produced before us to prove the fact of ‘Nikah’, we are of the opinion that very important question “whether without any procedure or rule conversion of religion can be changed or not so also in this case whether the fact of ‘Nikah’ of Payal Singhvi is established on the basis of self-contradictory documents on record or not” is in question."

But the court agreed to hear arguments on the question framed by it.

The petitioner submitted that some guidelines may be issued to ban forcible conversion of religion by the girls from one religion to another religion of the society.

The Additional Advocate General submitted that state government, while considering seriousness of the situation, thought it proper to regulate the conversion process of religion and framed Rajasthan Dharma Swatantrya Act, 2006, and that the Act was considered by the state cabinet in its meeting held on 24.3.2006 and granted approval with some amendments. Thereafter, the said Act was led before the Rajasthan Legislative Assembly where it was passed on 7.4.2006 and sent for assent to the Governor at the relevant point of time, but it was reserved for the assent of the President. Further, it was suggested to take the opinion of the Attorney General. Accordingly, the opinion of the Advocate General was obtained and after meeting with the shortcomings pointed out, the matter was moved to the Union Home Department, for the President’s approval, where the matter is pending.

The counsel for the respondent submitted that the writ petition becomes infructuous and in the absence of any prayer in the writ petition to issue guidelines, till formation of rules or Act, no such guidelines can be issued because if such type of guidelines will be issued, then certainly it will effect fundamental right of the freedom of religion of the citizens granted under Article 25 of the Constitution.

The bench finally observed that Article 25 of the Constitution grants the fundamental right to every citizen to profess, practise and propagate his religion freely, but it does not mean that a citizen of particular religion can forcibly compel other citizen to change his/her religion so as to solemnize the marriage only because after conversion of religion, a citizen bears his/her all rights which is available in the converted religion and to relinquish his/her right of the parent religion.

“Therefore, obviously, no person can be compelled to change religion only to solemnize marriage, therefore conversion of religion only for the purpose of solemnizing forcible marriage, is not permissible under the fundamental right as enshrined under Article 25 of the Constitution of India. In the Sura-II Ayat 221 of Holy Quran a person of Muslim religion should have faith in Islam religion for all purpose not only for marriage”.

The court also observed that every citizen has a right to follow the religion as per his will, but at the same time, it is the duty of the court to see that public order should not be disturbed due to forcible conversion of religion for the purpose of solemnizing marriage only.

The bench held that till enforcement of the Act of 2006, some guidelines are necessary to check the problem of forcible conversion of religion for the purpose of solemnizing marriage only and issued the following directions:

(A) An individual, who wishes to change his/her religion, will be at liberty to change the same after attaining the age of majority.

(B) One, who intends to change his/her religion, should satisfy himself/herself about niceties of conversion of religion.

(C) The authority/person, who is performing ceremony of conversion of religion, should first ascertain whether the person concerned is desirous to change the religion, is having full faith in the newly adopted religion and should also ascertain whether he/she is under any threat of other person or not and if finds that it is forceful conversion, then the authority/person shall give information to the District Collector/SDO/SDM, as the case may be.

(D) The person, who is desirous to change his/her religion, shall give information to the District Collector/SDM/SDO of the concerned city and Sub-Divisional Area before conversion of religion.

(E) The District Collector/SDM/SDO shall put such information upon the Notice Board of its office on the same day.

(F) The person, who has converted his religion from one religion to another religion, shall solemnize the marriage/Nikah after one week of such conversion of religion. For that, the authority/person concerned before whom such marriage/Nikha is being solemnized, shall ensure whether information of conversion has been made or not and thereafter assist in solemnizing the marriage/Nikah

(H) It is made clear that if any person is desirous for publication of change of religion in the Gazette, he/she shall take recourse of Press and Registration of Books Act, 1867.

(J) That aforesaid guidelines shall remain operative until the Act of 2006 or any other act governing the subject matter came into existence in State of Rajasthan to protect the forcible conversion of religion.