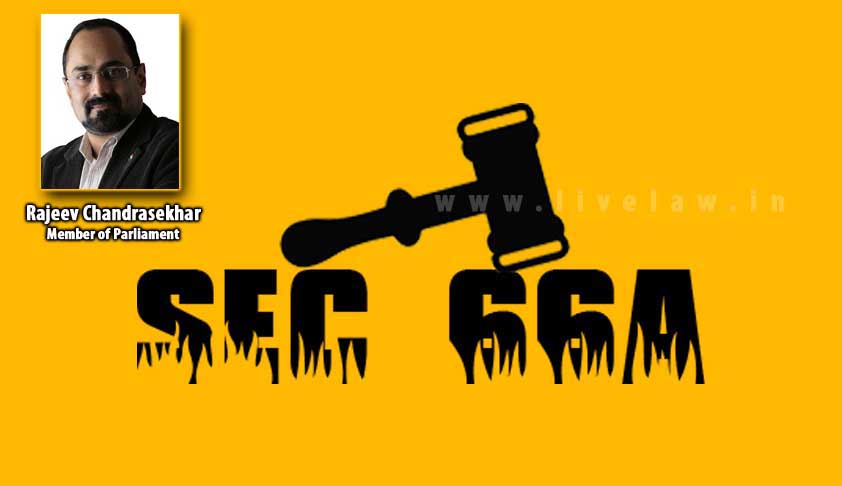 The NCRB data has revealed that 4,154 cases were registered under Section 66A, that tramples upon the Fundamental Right to freedom of speech and expression and has already been struck down by the Supreme Court, in 2015.

In a letter addressed to Prime Minister Narendra Modi, Rajya Sabha member Rajeev Chandrasekhar has demanded that the Home Ministry and Law Ministry be directed to cancel all matters pertaining to Section 66A of the Information Technology Act, 2000, and ensure that police forces and courts in all States/UTs are informed about the SC verdict.

“I am certain, that the community of digital Indians joins me in expressing my anguish against this current situation, which indicates that despite our unrelenting efforts, the draconian and unconstitutional Section 66A continues to impede citizen’s right to Freedom of Expression,” the letter stated.

Chandrasekhar referred to the data reported by the National Crime Records Bureau, which revealed that 4,154 cases were registered under Section 66A of the Information Technology Act, which the Supreme Court has deemed as “arbitrary, excessively, and disproportionately the invading the right to free speech”. He further pointed out that despite the verdict, 1,510 charge sheets were issued in 2015.

“What especially concerns me as a representative of the people who has been persistently advocating for the Freedom of Speech over the Internet, is that the police forces across the country have not taken cognizance of this important legal development, and instead appear to be on an overdrive to file charge sheets against people under Section 66A - as evidenced by the fact that the 1,500 charge sheets filed in 2015, being nearly double the figure for 2014,” he averred in the letter.