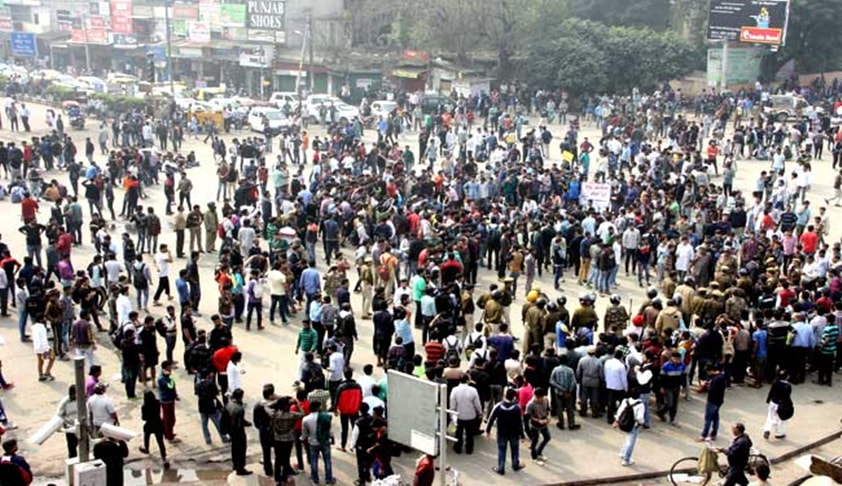 Although ideally, political meetings/rallies/processions should be held on holidays i.e., weekends or other public holidays as the same is likely to cause less inconvenience to the members of the public, we do not deem it proper to pass any such absolute direction, the bench said.

A bench of Chief Justice Jyotirmay Bhattacharya and Justice Arijit Banerjee made this observation while disposing of public interest litigations.

Both PILs, one filed by Rituparna Sarkar Dutta and another by an NGO, Human Rights Protection for Common People, seeking a direction to the state authorities not to allow the political parties/associations to hold political rallies during working days in the vicinity of the city of Calcutta since the same paralyses the free movement of public at large.

Need to balance rights of politicos and public

The bench observed that the administration must ensure that a balance is struck between the fundamental right of a political party or for that matter any group of persons to hold peaceful assembly/rally/procession and the right of the public, in general, to carry on with normal life and activities.

"We take judicial notice of the fact that during certain political rallies/processions/meetings, large areas of Calcutta suffer from traffic snarls and get paralyzed. This causes huge undue inconvenience to the public at large. The members of the public find it difficult to reach their workplaces or other destinations as the normal roads are found to be blocked and inaccessible. More concerning is the fact that essential services like ambulances and fire brigades find it difficult to operate. A critical patient in need of urgent medical attention may spend hours in an ambulance which is caught up in a traffic snarl. These things cannot be permitted to happen," the court said.

Though it did not pass any direction in this regard, the bench opined that, ideally, political meetings/rallies/processions should be held on holidays i.e., weekends or other public holidays as the same is likely to cause less inconvenience to the members of the public.

"We leave it to the wisdom of the State administration as to whether or not permission should be granted for holding of a political rally/meeting/procession on any particular day. We trust and hope that the concerned authorities shall take an informed and responsible decision in each individual case keeping in mind the paramount importance of minimizing the inconvenience to the general public," the court said.

No roads to be completely blocked

The court said all necessary steps must be taken by the administration to ease the flow of traffic and for that purpose, reasonable diversions of traffic may be made and the public at large should be kept informed of the same through the different types of media including television and radio.

It further observed: "No major or arterial road/street must be completely blocked and made inaccessible whether to pedestrians or to motor traffic by reason of holding of a meeting/rally/procession. A reasonable part of every road/street must be kept free of blockage and open to pedestrians and motor traffic. This is absolutely imperative keeping in mind the importance of essential and emergency services like ambulances, fire brigades etc. These are lifesaving services and cannot be allowed to be impeded in any manner. Normal life cannot be permitted to be brought to a standstill by reason of holding of a political meeting/rally/procession or for that matter any kind of assembly."