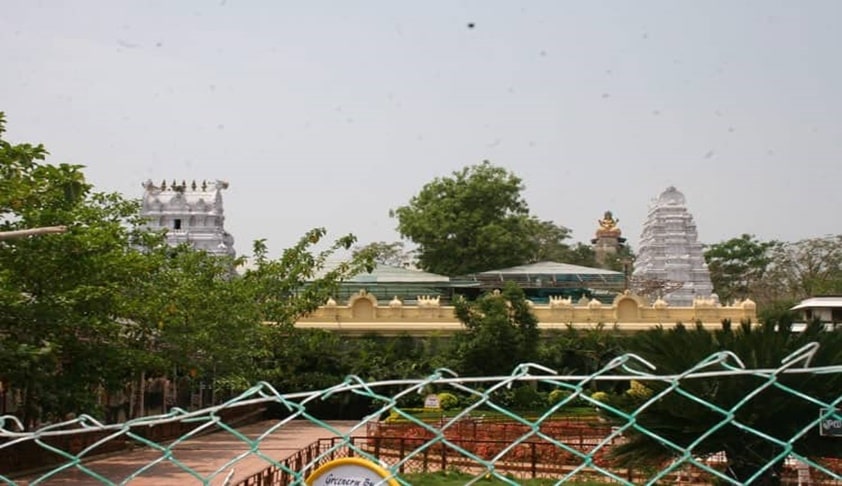 The High Court of Telangana and Andhra Pradesh has held that religious institutions like temples, churches, mosques, which are not financed/funded by the government, do not fall within the purview of the Right To Information Act, 2005.

Justice Challa Kodanda Ram allowed the writ petitions filed by various religious institutions, charitable endowment trusts and trustees. These religious institutions had challenged the circulars issued by the government directing the respective organizations to designate and constitute ‘Public Information Officers’ and other officers to operationalize the mechanism for providing information under the RTI Act.

The court agreed with the contention raised by all these institutions that that temples / charitable institutions do not answer the description ‘public authority’, as defined under Section 2(h) of the RTI Act, hence, there is no obligation on Trustees, Chairpersons, Trust Boards and Executive Officers of the subject institutions to respond and furnish ‘information’ in relation to the temples/institutions under the RTI Act.

The court said: “On a close examination of Section 2(h), applying the tests laid in the definition, it would be clear that the same does not fall under Section 2(h)(a)(b) and (c) as the temple is not established or constituted by or under the constitution, or by any other law made by the Parliament or State Legislature. The establishment or running the affairs of the temple cannot be said to be either owned or controlled or substantially financed by the government. Though a temple could be said to be a non-governmental organization, as it does not depend for its finances, in any away, much less substantially, on the government either directly or indirectly, the same is also outside the purview of Section 2(h)(d)(ii).”

It also noted judgment of Kerala High Court in Bhanunni v. Commissioner, Hindu Religious and Charitable Endowments (Admn.) Department that had held that the Hindu Religious Institutions and endowments are not the ‘public authorities’ as defined in the RTI Act and the provisions of that Act do not apply to those institutions and their offices, officers and employees and the Executive Officer.

“The argument of the learned counsel so far as the power of the State or its authorities with respect to monitoring certain affairs of the temple cannot be denied, however, the question which begs consideration is whether, in the first instance, the institution itself falls within the definition of ‘public authority’, as defined under the Act and not as understood either in general parlance or for the purpose of Article 12 / 226 of the Constitution which expanded the parameters of the ‘State’. The answer would be a definite ‘no’ on account of the statutory provisions restricting the scope and authority in the Act.”, the court added.

As a parting remark, the Judge said that it is desirable to amend the RTI Act to bring in its fold the religious institutions which receive huge income.

The Judge said: “However, now a days, since the religious institutions are receiving enormous amounts in the form of donations from various sources, it is desirable to amend the Act at least to bring in its fold all the registered temples/institutions having income over and above a particular limit, to furnish information so as to have a greater vigil with respect to utilization of the monies, conducting affairs transparently and to achieve the objects of the RTI Act.”