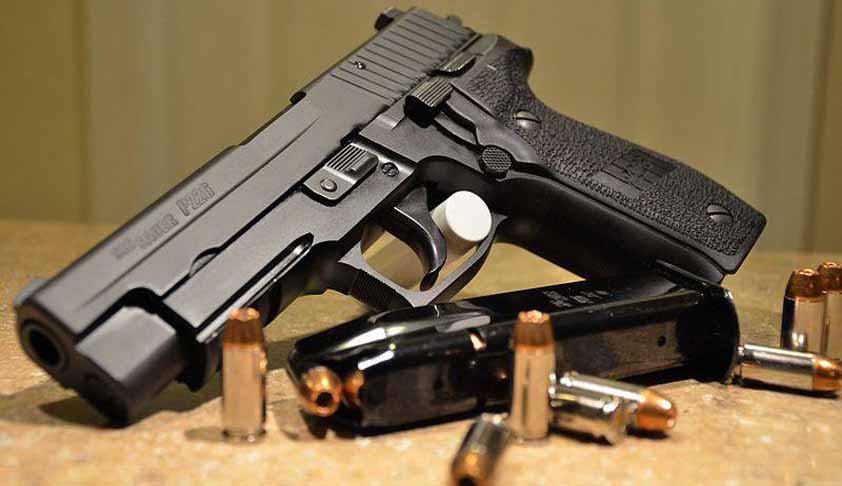 Expressing concern over illegal sale of service weapons and gun licenses by army personnel, the Supreme Court today directed the Defence Ministry to ensure that sale of non-service pattern weapons must be under strict scrutiny and supervision of the competent authority.

“We reiterate the sentiment expressed in the orders passed by this Court from time to time to ensure that the mechanism for sale of NSP weapons must be under strict scrutiny and supervision of the Competent Authority in accord with the provisions of the Arms Act and the Rules framed there under including the Defence Services Regulations without any exception”, a bench of Chief Justice T S Thakur, justices A M Khanwilkar and D Y Chandrachud said.

The bench was disposing off a PIL filed in 2007 by a lawyer Arvind Sharma alleging that a racket was being run by some army officers and bureaucrats by illegally procuring and selling NSP weapons from Central Ordnance Depot, Jabalpur. He alleged that nearly 80 officials found involved in the offence were let off after a general court martial with a punishment of mere “forfeiture of pay hike” or “cutting down of seniority ranging from three years to one year” and “severe reprimand”. Sharma wanted their punishment enhanced.

But the court felt that there was nothing more to be done.

“Considering the reports and the affidavits filed by the respective authorities from time to time in the present proceedings and being satisfied that suitable action has been taken by the appropriate authority of the State Government as well as Central Government against officers whose involvement has been noted in the independent enquiries made by the concerned department; and that as there is already a firm procedure prescribed for issuance of prohibited and non prohibited weapons in the shape of provisions of the Arms Act and the Rules framed thereunder and including the  periodical instructions issued by the Department in that behalf, nothing more needs to be done”, said the court.

“We however place on record our appreciation for the initiative taken by the petitioner in filing this petition and bringing to the fore such a sensitive issue, which otherwise may have gone unnoticed. While parting, ith the above observations, we dispose of this petition with costs. We direct the Union of India to pay cost quantified at Rs.10, 000/-, to the petitioner. As the petition is disposed in terms of this order, the original record kept in sealed cover be returned back to the counsel for the concerned respondent”, it said.

Appearing for the Army, Attorney General Mukul Rohatgi had argued that the conviction of 71 officers and junior commissioned officers (JCOs) itself was a blot on their careers, spoiling any chance of promotion in addition to carrying the stigma of conviction for their life. So they should not be again subjected to a fresh trial under general court martial or court of inquiry and even otherewise under criminal jurisprudence there was a rule that a person cannot be punished twice for the same offence.