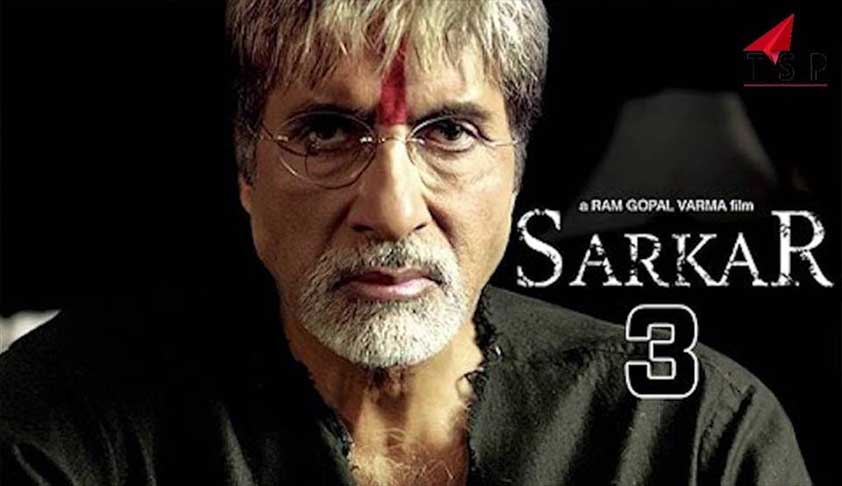 A vacation bench of the Bombay High Court on Monday directed the makers of movie Sarkar 3 to give story credit to scriptwriter Nilesh Girkar, who had moved the court claiming infringement of copyright.

Girkar claimed that he was entitled to credit in the titles of the film, which is to be released this May 12.

Justice GS Patel directed Ram Gopal Varma, director of the movie, to ensure that credit is given to the plaintiff in exactly the following manner: “Based on a story written by Nilesh Girkar”.

This is to appear in the opening credits with the same pause, font and prominence as equivalent credits, the court said.

When counsel for one of the defendants submitted that some digital prints meant for international theatrical release had already been dispatched, hence, it would be difficult to incorporate these credits in the film, the court accepted this submission and said in all the other prints, this credit must appear.

An undertaking was submitted in this regard by Rahul Ajatshatru, RGV’s lawyer.

Plaintiff Nilesh Girkar had also claimed a balance payment of Rs. 6.2 lakh towards services rendered as a scriptwriter in the movie.

This amount was deposited by the defendants before the court and will now be withdrawn by the plaintiff.

The suit has now been disposed of.