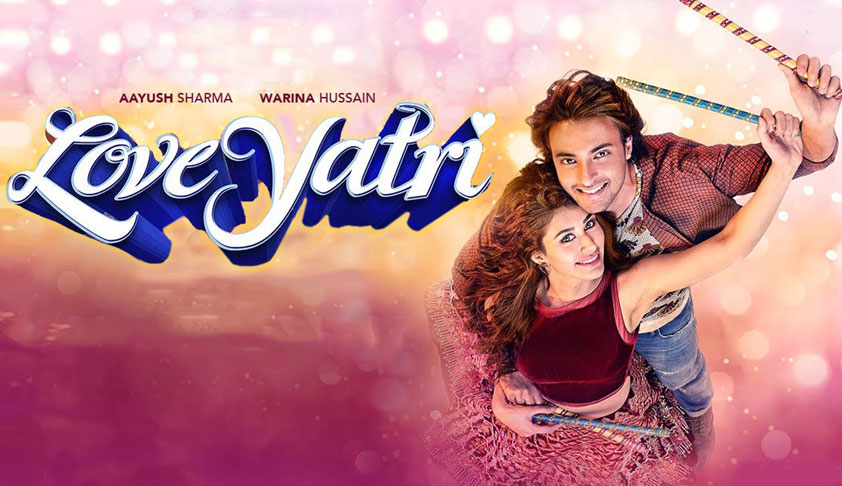 Taking on board his plea urgently, the Supreme Court bench of Chief Justice Dipak Misra, Justice D. Y. Chandrachud and Justice A. M. Khanwilkar on Thursday directed that no FIR be registered and no criminal complaint be entertained against actor Salman Khan in connection with the film ‘Love Yatri’, staying all existing FIRs and complaints.

The bench also issued notice to the states of Bihar and Gujarat where certain private complaints and FIRs under Sections 295, 198, 153, 153(B) and 120(B) of the IPC have been registered against the petitioner who is the producer of the said film.

The film, though yet to be released, has been embroiled in trouble on account of its title- earlier called “Loveratri”, being a play on the name of the Hindu festival ‘Navratri’, it is alleged to hurt religious sentiments.

The grievance in this writ petition is that the film, “Loveyatri – a journey of love” has obtained certificate from the Central Board of Film Certification and accordingly, the producer is entitled to show the film in the theatres, and no criminal law should be set in motion because of such individual perception relating to the name or any song in the movie.

Noting the assertion that the film has been duly certified by the competent authority, the bench deemed it appropriate “to pass a protective order that no coercive action shall be taken against the petitioner relating to the film, namely, ‘Loveratri’.

That apart, no further FIR/Criminal Complaint/criminal proceeding shall be entertained by any investigating agency anywhere if the allegations relate to the said movie or the contents of the movie”