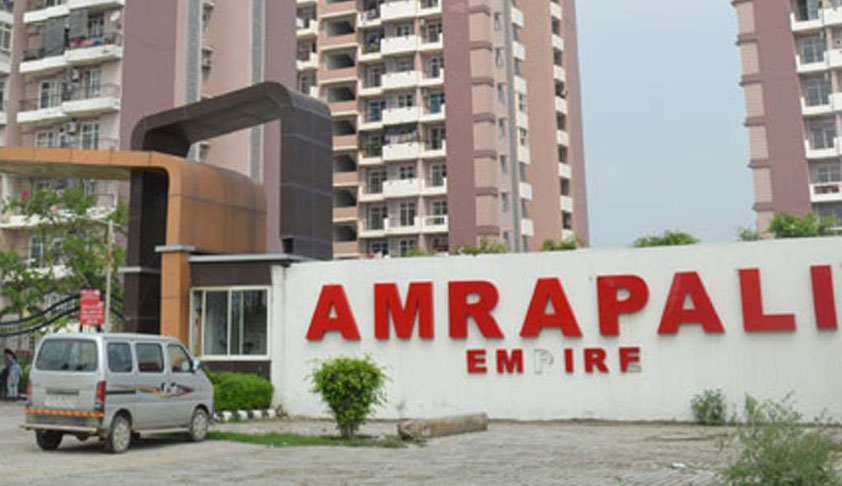 In another blow to the three directors of the Amrapali Group sent to police custody, the Supreme Court on Thursday issued formal notice and directed the Registry to register a separate cause as “Suo Motu Contempt” against them for violating the court’s orders and interfering with the course of justice.

It may be noted that on Tuesday, the court had required the Chairman and Managing Director Anil Kumar Sharma and directors Shiv Priya and Ajay Kumar to be held in police custody until the documents in respect of the group's 46 firms are handed over.

However, the bench of Justices U. U. Lalit and D. Y. Chandrachud agreed that during the course of the task of categorising and cataloguing of the documents, the applicants need not be kept in the police station or in police lock up in the night, but at the Hotel Park Ascent in Noida.

The bench recorded that the first phase of tasks, namely, completing the cataloguing part would take about 10 to 15 days and thereafter, the task of forensic auditing shall be over in about 10 weeks time from today.

It also ordered All three applicants and such number of personnel from their companies as needed to render complete assistance and see to it that all the documents are properly categorized and catalogued. Further, For effecting such process, the directors have been directed to remain personally present for next 15 days right from 8 AM to 6 PM everyday.

The bench required the Superintendent of Police, NOIDA, to ensure that these three applicants, after the operation is over for the day, are brought to the Hotel Park Ascent for overnight stay and again taken next morning from the same place for the operation(s) of that day.

The court restrained these three applicants from any access to any mobiles or telephones or the facility of meeting anyone without the express Authorisation by the Police and to always remain under the watchful eye of the police personnel. Only after the operation for the day begins, the applicants can have the benefit of access to mobiles and such means of telecommunication which will further the entire operation.

Further, The concerned SHO has been asked to personally supervise and see to it that the seals of the properties where the documents are kept are opened at 8 AM and the premises are again resealed at 6 PM everyday. During the entire course, there will be at least two police persons on guard in the day time and one police person in the night to guard each of the sealed premises.

The apex court had yesterday ordered the sealing of nine properties of the embattled real estate company after the three directors, who were in police custody, said the documents related to the group's 46 firms were stored there.

On Thursday, the bench was informed that the seven premises at NOIDA and Greater NOIDA and the other two situated in Rajgir and Buxar (Bihar) have also been sealed.

A. All three applicants and such number of personnel from their companies as these applicants deem proper must render complete assistance and see to it that all the documents are properly categorized and catalogued.
B. For effecting such process, the applicants shall remain personally present for next 15 days right from 0800 hours to 1800 hours everyday.
C. The concerned Police Officer, namely, Station House Officer, Police Station Sector 58, NOIDA, District Gautam Budh Nagar shall personally supervise and see to it that the seals are opened at 0800 hours and the premises are again resealed at 1800 hours everyday. During the entire course, there will be at least two police persons on guard in the day time and one police person in the night to guard each of the sealed premises.
E. After the process is over in one sealed premises, the team may move to the other premises but at no given point of time, more than one premises will be de-sealed.
F. At the end of the day, the operation for the day will be brought to the notice of the forensic auditors who, going by the nature of the progress, may guide the team as to what shall be the course of action for the next day. It would naturally be open to the forensic auditors to keep revising the nature of documents required by them.
G. This process shall go on till the Forensic Auditors are satisfied that all the documents required for forensic audit are supplied to them.
H. Till this process is over, the keys of the sealed premises shall be with the Forensic Auditors.
I. The Forensic Auditors shall consider the feasibility of transferring the record which stands sealed from Rajgir and Buxar to any of the sealed places in NOIDA or Greater NOIDA so that attention gets focussed. The Forensic Auditors may themselves, or their representatives may visit Rajgir and Buxar to have first hand assessment in that behalf. If they do not consider it feasible to transfer the record, similar directions will have to be issued to the concerned police authorities in Rajgir and Buxar.
J. If it so facilitates, the Forensic Auditors may consider having the record kept at such place(s) instead of being kept at number of places, as they deem appropriate.