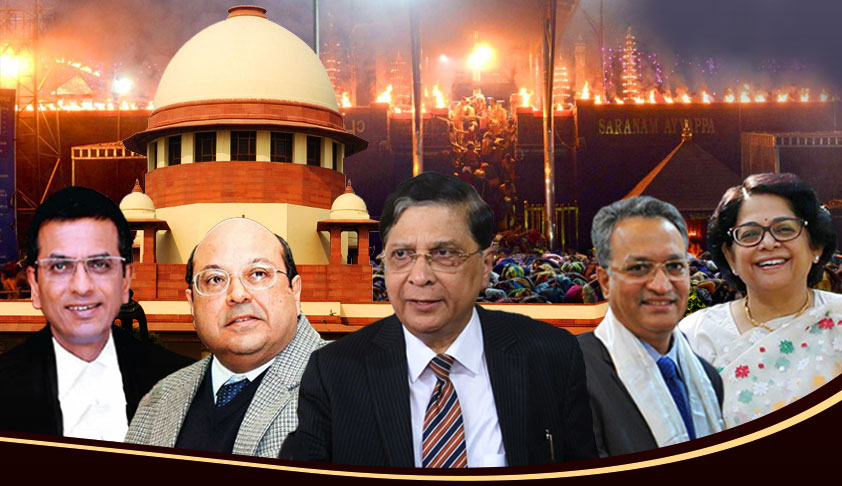 A Constitution Bench of the Supreme Court will pronounce it Judgment in the Sabarimala women's entry Case tomorrow.

1 Whether the exclusionary practice which is based upon a biological factor exclusive to the female gender amounts to "discrimination" and thereby violates the very core of Articles 14, 15 and 17 and not protected by ‘morality’ as used in Articles 25 and 26 of the Constitution?

2.Whether the practice of excluding such women constitutes an "essential religious practice" under Article 25 and whether a religious institution can 30 assert a claim in that regard under the umbrella of right to manage its own affairs in the matters of religion?

3.Whether Ayyappa Temple has a denominational character and, if so, is it permissible on the part of a 'religious denomination' managed by a statutory board and financed under Article 290-A of the Constitution of India out of Consolidated Fund of Kerala and Tamil Nadu can indulge in such practices violating constitutional principles/ morality embedded in Articles 14, 15(3), 39(a) and 51-A(e)?

4.Whether Rule 3 of Kerala Hindu Places of Public Worship (Authorisation of Entry) Rules permits 'religious denomination' to ban entry of women between the age of 10 to 50 years? And if so, would it not play foul of Articles 14 and 15(3) of the Constitution by restricting entry of women on the ground of sex?