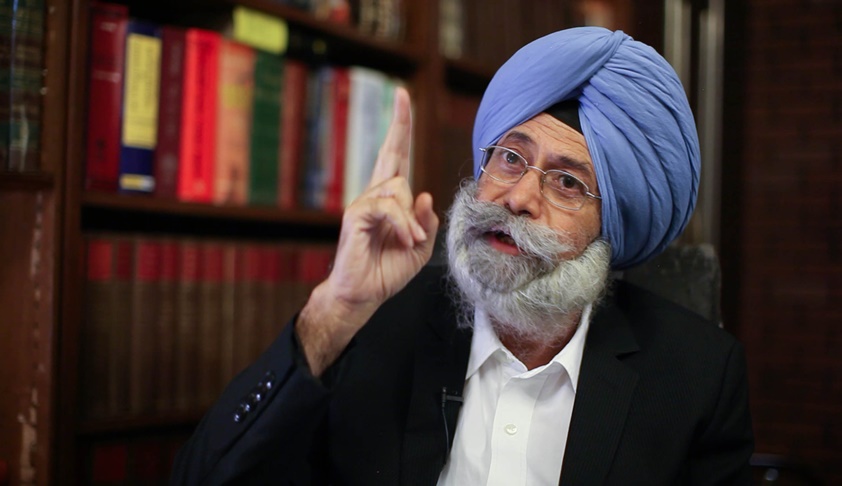 Eminent lawyer and AAP leader HS Phoolka has decided to give up his post as the Leader of Opposition in Punjab Assembly after the Delhi Bar Council barred him from practicing while holding the cabinet-rank post and enjoying office of profit.

Having fought court battles for over 30 years for the victims of 1984 anti-Sikh riots cases without charging any fees, Phoolka had tweeted that he would not give up the cases and would rather give up his cabinet-rank post.

Three days ago also, he had tweeted saying he was ready to give up cabinet minister status to fight riots cases and that he could not leave the riot victims’ cases.

He was disallowed from practicing by the Bar Council on the ground that the same is barred by the Advocates Act.

After being disallowed to practice, he had again sought to know if he can appear in these cases pro-bono, but the council said the Act does not allow such flexibility.

However on Thursday, he again took to Twitter to say, “Will not give up 84carnage cases, Asking Bar Council if by giving up minister status, I can appear in these cases”.

He tweeted last week if he can be allowed to represent the victims pro-bono.

However, the Delhi Bar Council dismissed any such leeway, while speaking to Live Law, and said the Advocates Act does not allow the same.

Advocate KK Manan, a member of the special committee and ex-chairman of Bar Council of Delhi, said, “Had he been an MLA, he could have practiced but he is the Leader of the Opposition there, which is the rank of a minister.”

“He should have surrendered himself. Arun Jaitley did so himself, Ravi Shankar Prasad did. Everybody does that,” Manan added.