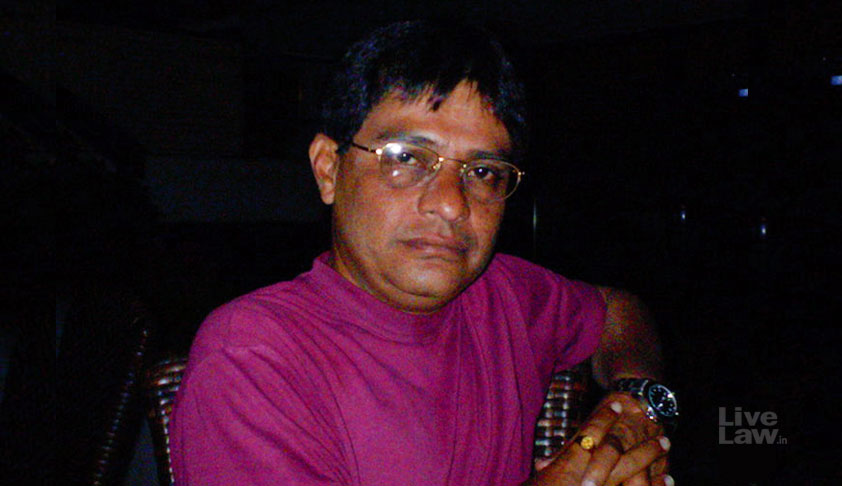 Mr. Adhyaru, 56, breathed his last at AIIMS Hospital, Delhi after battling with severe breathing issues for a month.He is survived by his son.

In a span of thirty years, the learned counsel achieved great laurels. His initial years of training were with Mr. Kirtikant Nanavati at the Gujarat High Court post which he was invited to join the chambers of Mr. Kapil Sibal in Delhi.

He has worked and represented various government authorities and private clients and has been appointed amicus curaie in several matters.

"Mr. Yashank Adhyaru was a fabulous human being and it is a personal loss for me. He never had an unkind word for anyone and was one of God's own men. I was the one who requested him to shift from Ahemdabad to Delhi and he spent some time in my chambers. He was God's person and its my personal loss", said Senior Advocate and Former Law Minister Kapil Sibal

"Yashank Andhyaru was aware of a lot of things. He was a tennis player and a movie buff. You could talk on any topic and he would be aware. I think because he was conscious of his short height, he would reach out for higher knowledge. He represented the government in a lot of cases and was a confident lawyer."  said  Senior  Advocate Nanju Ganapathy.

"He was a pocket dynamite, well versed in civil, criminal and constitutional and tax law and was very effective in the court. Did not get pressurised by the comments of the judges", Advocate Deepak Nargolkar said

"Mr. Yashank Adhvaryu was extremely kind in my intial years as a law student and always encouraged gaining practical experience through internships. He was a close friend of my fathers and his family treated me as a daughter when i studied in Delhi. I remember him loving Gujarati snacks including dry patras and always ready to discuss everything from movies to law. His passing away is unfortunate and my condolences rest with his family." said Gujarat High Court Lawyer  Manushi Desai.