Tampered With Seal As "Symbolic Protest", Not Disobeyed Court: Tiwari To SC 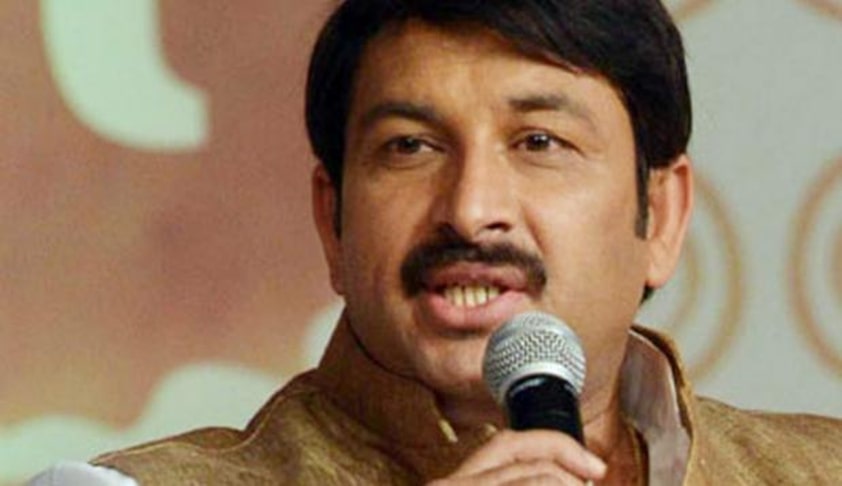 Delhi BJP chief Manoj Tiwari Monday told the Supreme Court that he had broken the seal of premises here as a "symbolic protest" against the illegal action of officials of the East Delhi Municipal Corporation (EDMC) and was willing to accept the role of 'sealing officer' as suggested by the apex court.He said he was willing to assist in executing the directions with regard to sealing and if...

Delhi BJP chief Manoj Tiwari Monday told the Supreme Court that he had broken the seal of premises here as a "symbolic protest" against the illegal action of officials of the East Delhi Municipal Corporation (EDMC) and was willing to accept the role of 'sealing officer' as suggested by the apex court.

He said he was willing to assist in executing the directions with regard to sealing and if the court-mandated monitoring committee was dissolved, he would make the city a "better liveable and lawful place" within four years.

Tiwari, a Member of Parliament from the north-east Delhi constituency, said he had not "disobeyed" any orders of the apex court.

Tiwari, against whom the apex court has issued a contempt notice for allegedly breaking the seal of premises which was being run in violation of the Delhi Master Plan, claimed that the monitoring committee and EDMC were misusing the authority of the court by trying to sensationalise the whole issue.

In an affidavit filed in the court, he said that no contempt was committed by him as he has not disobeyed the orders of either the court or the monitoring committee, and EDMC officials had sealed premises in Gokalpuri area without following "due process of law".

He has also referred to the National Capital Territory of Delhi Laws (Special Provisions) Act 2011, and said that this law extends the protection to unauthorised colonies across the city from sealing and demolition action.

"The deponent (Tiwari) had broken the EDMC seal as a symbolic protest against the illegal action of the EDMC officials as they carried out the sealing action contrary to the specific provisions of law and also contrary to the principles of natural justice," he has said in his affidavit.

He further said that since the sealing action in the case was not initiated under the orders of the court or under the direction of monitoring committee, no contempt was committed by him.

"It is most respectfully submitted that if this court dismisses/dissolves the monitoring committee, the deponent (Tiwari) shall, as a 'sealing officer', make this city a better liveable and lawful place within four years," he said, adding that he would not adopt a "pick and choose" method in doing the work.

He has claimed that the EDMC has dragged the monitoring committee in the matter with a sole intention to gather "media glare and publicise" the whole issue.

He said that on September 16, when he had gone for a visit in his constituency, he came to know about the sealing of an alleged "illegal dairy", and when he inquired from EDMC officials about it, they were not ready to offer any satisfactory explanation.

"Otherwise there would have been many untoward incidents. Hence, in order to control the mob and to prevent the law and order situation, the deponent (Tiwari) was forced to do symbolic affirmative protest action against the illegal sealing action done by the EDMC officials," he said.

He has claimed that the monitoring committee was set up by the apex court to oversee implementation of orders of the court but it was never the scope of the panel to take actions, in unauthorised colonies since they are protected under the 2011 Act.

"The officials of the corporation under the garb of the monitoring committee is acting in an absolutely arbitrary manner and creating terror in the mind of the general public," he has said in his affidavit.

Accusing the authorities for adopting 'pick and choose' method, the MP has questioned as to why no actions have been taken in areas like Okhla, Jamia, Shahin Bagh, Noor Nagar, Johari Farms having five to seven storeyed buildings.

"If the authorities are acting without following the rule of law, without complying with the principles of natural justice, the public at large will be forced to take laws in their hands and if such a situation arise, neither the political leaders nor the courts or the authorities concerned will be in a position to stop the public," he said.

Tiwari termed the situation as "somewhat identical" to the situation in the pre-independence era where Mahatma Gandhi was forced to call for the 'civil disobedience movement'.

He also claimed that the monitoring committee was acting in "an absolute arbitrary manner and abusing the powers" conferred on it by the apex court.

Claiming that he has not disobeyed any orders of the apex court, Tiwari has urged the court to drop the contempt notice issued against him.

On September 25, Tiwari had appeared before a bench headed by Justice Madan B Lokur in pursuance to the contempt notice issued to him for allegedly breaking the seal of a premises.

The court had directed him to file an affidavit within a week explaining why contempt proceedings not be initiated against him.

An FIR was lodged against him by the East Delhi Municipal Corporation for allegedly breaking the seal of the premises.