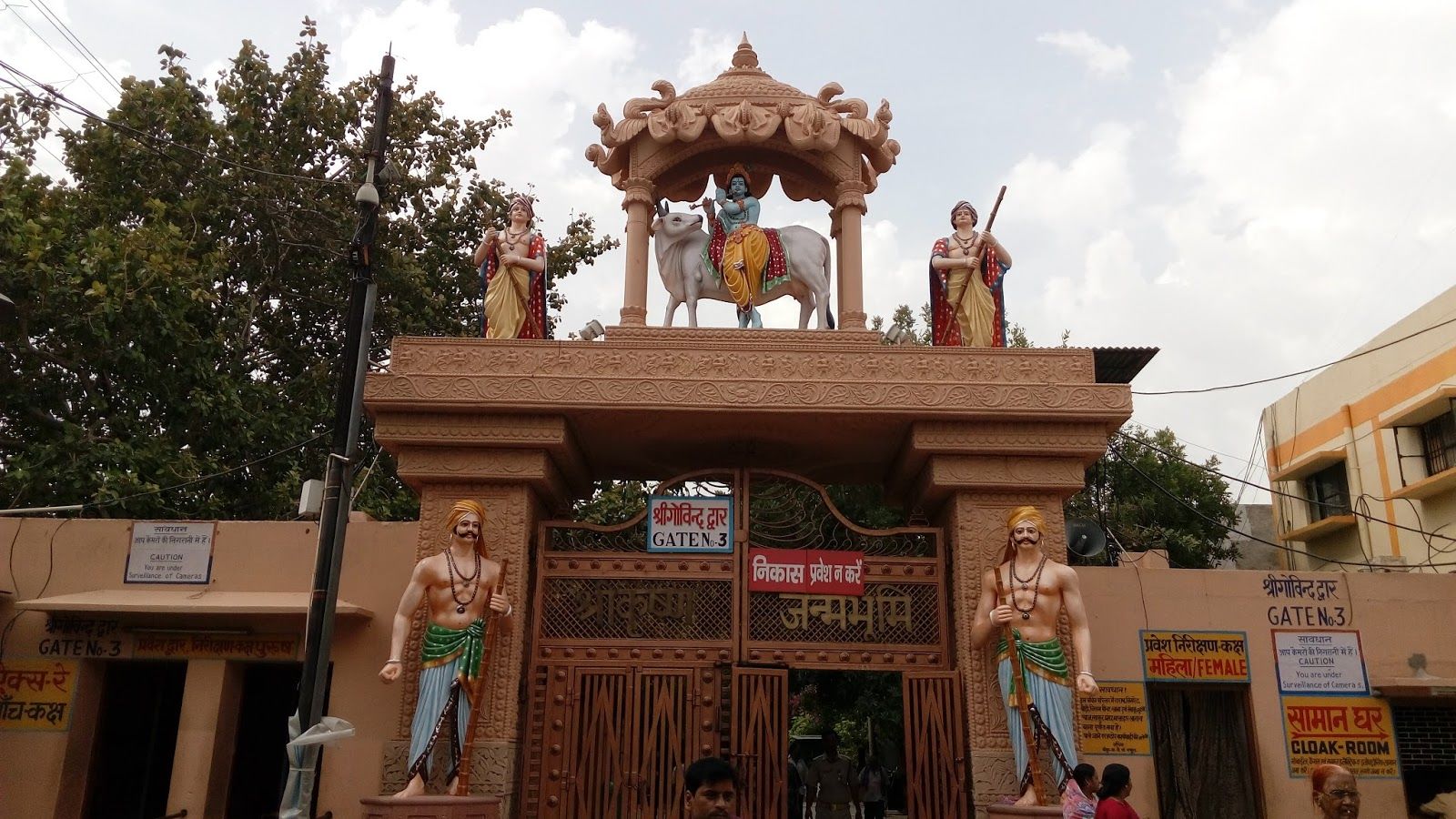 A civil court in Mathura (U.P) on Wednesday refused to admit a suit that sought to remove the Idgah mosque on the allegation that it was built over the Krishna Janam Bhoomi, the birthplace of Lord Krishna.The plea seeks "removal of encroachment and superstructure illegally raised by Committee of Management of alleged Trust Masjid Idgah with the consent of Sunni Central Board of Waqf …at...

A civil court in Mathura (U.P) on Wednesday refused to admit a suit that sought to remove the Idgah mosque on the allegation that it was built over the Krishna Janam Bhoomi, the birthplace of Lord Krishna.

The plea seeks "removal of encroachment and superstructure illegally raised by Committee of Management of alleged Trust Masjid Idgah with the consent of Sunni Central Board of Waqf …at Katra Keshav Dev city Mathura belonging to deity Shree Krishna Virajman."

Describing the first Petitioner, i.e. the deity himself, the plea stated:

"He is minor. He is a juristic person. He can sue and be sued through shebait and in his absence through next friend. It can own, acquire and possess the property. It has every right to protect its property and to recover its lost property through shebait and in absence of shebait through next friend by availing an appropriate remedy in Court of law."

The second plaintiff is 'Shree Krishna Janmbhoomi'—the place of birth of Lord Shree Krishna, which as per the Plaintiffs has "special significance" in religious scriptures as well as under Hindu law.

The other plaintiffs are the devotees.

They sought to ensure that Dharshan, Pooja, rituals according to Vedic Sanatan Dharma, faith, belief, usages, traditions and customs guaranteed under Article 25 of the Constitution of India are performed at the actual birth place of the deity.

"The Plaintiffs have right under Article 26 (Twenty Six) of the Constitution of India to regain, hold and manage the property belonging to, owned and possessed by deity Lord Shree Krishna Virajmaan," they argued.

It is alleged that in 1968, the Society Shree Krishna Janamasthan Seva Sangh entered into a compromise with the Committee of Management of Trust Masjid Idgah, conceding a considerable portion of property belonging to the deity to the latter.

Disputing the legality of this compromise, the Plaintiffs have submitted:

It is further contended:

"The original karagar i.e. the birth place of Lord Krishna lies beneath the construction raised by Committee of Management i.e. Trust Masjid Idgah. The true fact will come out before the Court after excavation."

The Sunni Central Board of Waqf has been arrayed as a Defendant since it is alleged that the Board granted approval to the Committee of Management Trust Masjid Idgah to enter into a compromise with Shree Krishna Janmasthan Seva Sangh, giving away some of the deity's land for building the Mosque.

Committee of Management of Trust Masjid Idgah has also been arrayed as a Defendant, "as it without any authority of law and in utter violation of decree of the Court with the help of some Muslims put super structure and encroached upon the land of Katra Keshav Dev belonging to Shree Krishna Janmasthan Trust and the deity."

Further, Shree Krishna Janmbhoomi Trust has been arrayed as an Opposite Party, as it is contended that the Trust has remained non-functional since 1958 and it has "failed to protect, manage and save the property of the deity."

The Petitioners have submitted,

"Under Hindu Law prevalent in India from thousands of years it is well recognized that the property once vested in the deity shall continue to be the deities property and property vested in the deity is never destroyed or lost and it can be regained and re-established whenever it is freed, found or recovered from the clutches of invaders, ultras or hoodlums."