Supreme Court Allows Amendment Of BCCI Constitution; Cooling Off Period Only After Two Consecutive Terms At BCCI Or State Association For Respective Levels 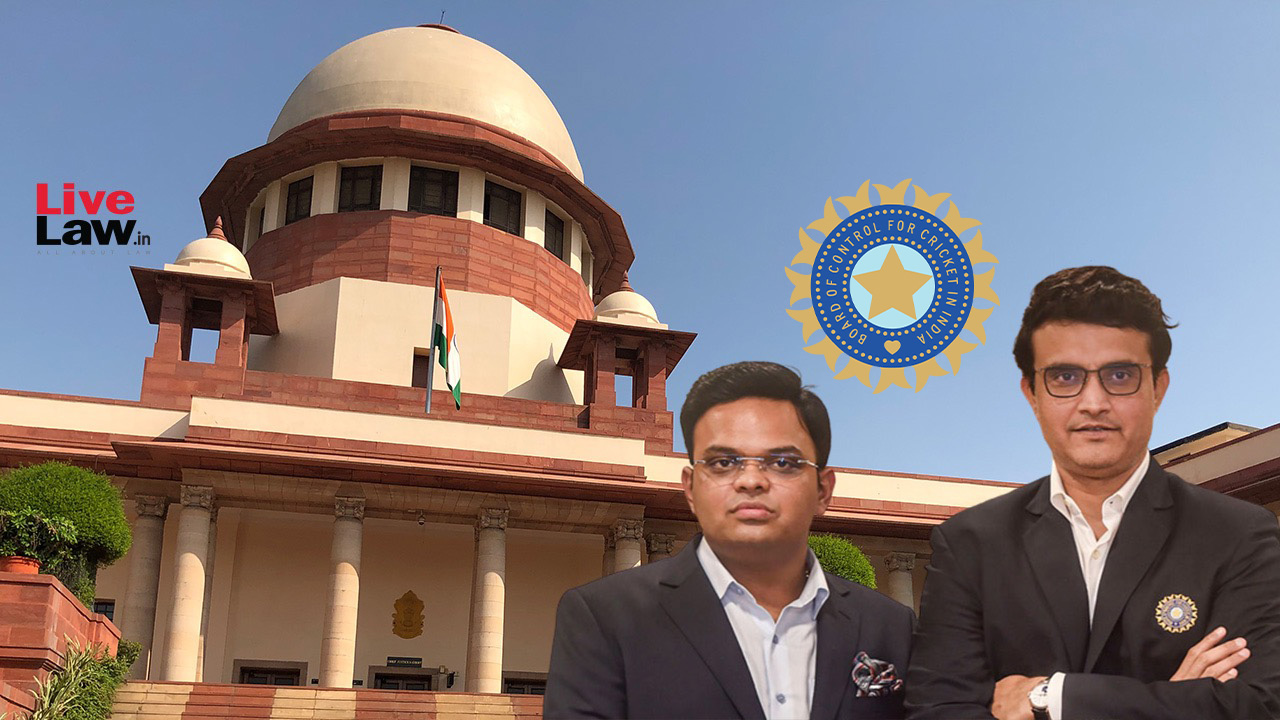 The Supreme Court, on Wednesday, allowed the amendments proposed to the Constitution of the Board of Cricket Control of India (BCCI) to relax the mandatory cooling off period requirement.

A Division Bench comprising Justices D.Y. Chandrachud and Hima Kohli passed the order in the plea filed by Board of Cricket Control of India (BCCI) seeking permission to amend its constitution, to do away with the cooling-off period for holding two consecutive terms in BCCI, in State Association or combination of both.

It is pertinent to note that this proposed amendment enables the current President Saurav Ganguly and Secretary Jay Shah to seek a second term in the BCCI after October 2022. As per the unamended clauses, they would have attracted disqualification, since they have completed one term each in the BCCI and the State Association.

The Court noted the submissions made by Solicitor General of India, Tushar Meta that the existing clauses provided that a person who completes one term in State Association followed by one term in BCCI would have to undergo a cooling off period.

The Bench also noted that Singh had proposed a bifurcation by introducing similar requirement of cooling off at the BCCI and the State Association.

"Clause 6(4) has been bifurcated into Clause 6.4.1. in relation to BCCI and Clause 6.4.2 in relation to State Assocation. Having considered the application, we are of the considered view that...the proposed amendment should be accepted. SG has stated that the amendment proposed by Amicus is acceptable to the BCCI," the Bench said.

The Bench said that the principal rationale for cooling off period has been explained in the case titled Board of Control for Cricket v. Cricket Association of Bihar & Ors (2016) which accepted the recommendations of Justice Lodha commission. It noted that as per existing constitution of BCCI, after holding two consecutive terms in State, BCCI or combination of two, cooling-off period kicks in.

"The consequence of the existing provision is that even if one holds one term in BCCI yeah have to undergo cooling off. The submission that the application of cooling off to an individual who has undergone 1 terms at each level is stringent," the Court said.

It added "…keeping in mind the reason for which cooling off period was introduced, we are of considered view that the amendment would not dilute the original objective...We therefore accept the proposed amendment."

As per the existing Constitution of BCCI, if a person has served one term (3 years) in the State Association, thereafter they can only serve one term (3 years) in BCCI before being subjected to the cooling-off period. Since one has to hold office in the State Association for contesting election for a post in the BCCI, they will always be subjected to the cooling-off right after they serve their first term in the BCCI.

Proposed Amendment With Respect To Cooling Off Period

The proposed amendment suggests that the requirement of cooling-off will kick in after one has served two consecutive terms in the BCCI, irrespective of their term of service in the State Association.

Amendment As Approved By The Supreme Court

The submissions that resonated with the Court for allowing the amendment was that, as per the existing Constitution, after serving as an office bearer in State Association for one term, if a person is elected to the BCCI, they can hold office in the BCCI for only one term, which is not sufficient to get acquainted with the workings of the organisation and to demonstrate leadership.Yesterday, Solicitor General Tushar Mehta submitted that the amendment takes care of the concern that no one is perennially in charge of the BCCI, as well as ensures that experience gathered during their tenure at the State Association is not wasted. The Bench agreed that the primary principal for introducing the cooling off period was to ensure that there is no vested interest. Observing that the original vision of the Apex Court is not being hampered by introducing the relaxations in the cooling-off period, the amendment was approved. The Bench also noted that the sphere of operation and functions of the BCCI and the State Associations being largely distinct, the bifurcation of the State Associations and BCCI and applying cooling off period to respective levels was found to be in tune with the object and purpose of the mandatory-cooling off provision.

Amendment To Other Disqualifications Also Approved

The other disqualification where relaxation is sought is the bar for those who hold office or post in a sports or athletic association or federation apart from cricket. The amendment sought was allowed by the Bench.

As per the existing constitution, officer-bearers can be disqualified if they are charged for committing any criminal offence. The modification sought herein is that 'charged' can be modified so as to apply to a person who is 'convicted' of an offence and sentenced to a term of imprisonment. In this regard, the modification was sought to protect the office-bearers from frivolous prosecution. The Bench allowed the amendment.

At present the BCCI is to take approval of the Apex Court before amending its constitution. Modification is sought in this regard to do away with the approval mechanism. Refusing to grant the same, the Bench recorded, "Solicitor General has not pressed this amendment."

The Bench also approved some consequential amendments and amendments of administrative nature.

"Amendments proposed doesn't detract from the initial object and purpose of the judgment of this Court, hence are accepted", the bench noted.

Advocate Akhilesh Kumar Pandey representing former members of a Cricket association in Bihar had objected to the amendments sought by the BCCI. However, the Bench did not find merit in these objections.