'Vicious Cycle' : Supreme Court Asks UP Police To Not Take Precipitative Action Against Mohammed Zubair In 5 FIRs Till July 20 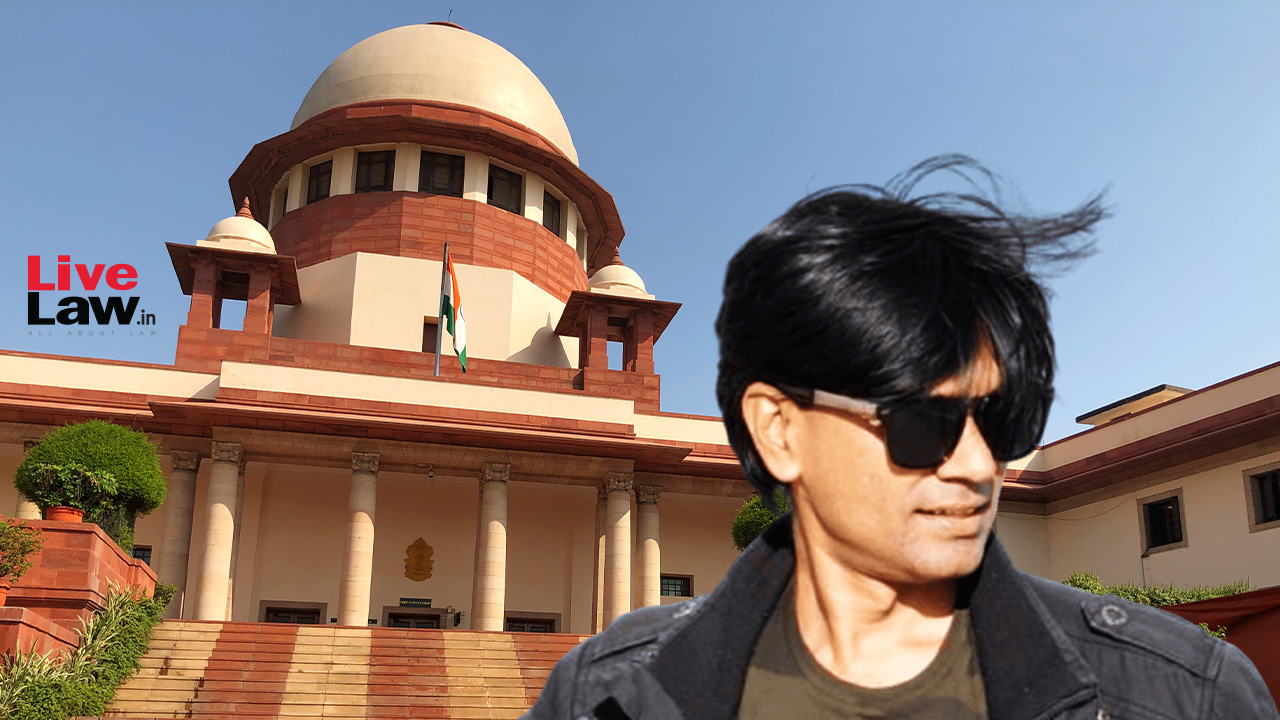 The Supreme Court on Monday directed the Uttar Pradesh Police to not take any precipitative action against fact checker Mohammed Zubair in connection with the 5 FIRs registered against him in Lakhimpur Kheri, Muzaffarnagar, Ghaziabad and two at Hathras districts over his tweets till July 20. The bench of Justices DY Chandrachud and AS Bopanna issued notice on the writ petition filed...

The Supreme Court on Monday directed the Uttar Pradesh Police to not take any precipitative action against fact checker Mohammed Zubair in connection with the 5 FIRs registered against him in Lakhimpur Kheri, Muzaffarnagar, Ghaziabad and two at Hathras districts over his tweets till July 20.

The bench of Justices DY Chandrachud and AS Bopanna issued notice on the writ petition filed by Zubair seeking to quash the FIRs registered against him by the UP Police and listed the matter day after tomorrow.

The petiton, which was otherwise not listed today, was taken up by the bench after an urgent mentioning was made by Advocate Vrinda Grover.

The bench in their order said, "Since the petition is not on board today, we direct the Registry to list the matter on July 20. In the meantime, we direct that no precipitative action be taken against the petitioner in 5 FIRs without the leave of the Court."

During the hearing, Justice Chandrachud orally remarked "Contents of all FIRs seem to be similar. What seems to be happening is, as he gets bail in one case, he is remanded in another. This vicious cycle is continuing".

The Court had earlier granted Zubair interim bail in the Sitapur FIR. On July 15, the Patiala House Court had granted him regular bail in the Delhi Police FIR.

Today morning, Advocate Vrinda Grover mentioned the petition before Chief Justice of India NV Ramana, saying that Zubair has been taken to Hathras court for remand today. The CJI told her to mention the matter before Justice DY Chandrachud.

Pursuant to the liberty granted by the CJI, Grover mentioned the matter before Justice Chandrachud at 2 PM.

"Let hands of Hathras court be stayed. There's a complete abuse of proceedings. There is a threat to his life. Let him be brought back to the Tihar Jail," Grover had submitted.

Considering the counsel's request, the bench had agreed to hear the matter post lunch.

What Transpired In Court Today?

All FIR's Are Based On Tweet Which Are Also Covered By FIR Registered In Delhi; Rewards Have Been Announced For Registering FIR Against Zubair: Advocate Vrinda Grover

When the matter was taken post lunch, Advocate Vrinda Grover commenced her submissions by apprising the bench with regards to the contents of the plea.

Grover proceeded to submit that "Petitioner is a journalist. He is co-founder of AltNews. There are now 6 FIR's including the UP in 6 districts. 2 in Hathras, 1 in Lakhimpur Kheri, 1 in Muzaffarnagar, 1 in Ghaziabad and 1 in Sitapur. As soon as this court granted relief in Sitapur case, warrant comes in case of Lakhimpur Kheri. On July 15, the Delhi Court grants me bail in Delhi FIR. As soon as order comes, a warrant from Hathras arrives. As we speak now, he is produced in Hathras. In most FIRs, 153A, and 295A were added. In some 67 IT Act added. The maximum punishment is 3 years."

The Solicitor General submitted that the Hathras Magistrate is to pass orders on the police custody application.

"In Hathras, application for 14-day police custody is listed for hearing today. Arguments are heard. Ld Judge may or may not grant remand. I don't think your lordships should pass an order pass an order preventing a competent judge from passing an order. The same can be modified, varied once it is done," SG submitted.

Responding to the submissions of SG, Grover further submitted that all the FIRs are based on old tweets and that the police now say that they are looking into larger conspiracy and funds. She further added that these issues are already covered by the FIR registered in Delhi and the devices have been seized.

"Rewards have been announced for registering FIR against Zubair. I am shocked by this. 15,000 announced for person who files the first FIR, 10,000 for filing a complaint. There is evergreening of his custody by seeking remand in multiple cases," Grover said while submitting that she was seeking interim bail in these 6 cases.

She also contended that Investigation has been done by the Delhi police and everything was seized. It was also her contention that now they said that they wanted to go to Kolkata, Ahmedabad to AltNews offices.

"The Delhi police is looking into all tweets. I have filed their status report. Grant interim bail till tomorrow morning when matter is considered tomorrow," she further argued.

Justice Chandrachud however said that the case is not listed on board today.

"The SG was here for another case. Otherwise, we would have been required to issue notice," the judge said.

After a brief discussion, the judges decided to grant interim relief to Zubair for two days.

Accordingly, the bench directed for listing the interim bail day after tomorrow and directed the UP Police to not take any precipitative action against Zubair in connection with the 5 FIR's.

"I don't think your lordship can consider a judicial order is a precipitative action," the SG said after the order was dictated.

"Contents of all FIRs seem to be similar. What seems to be happening is, as he gets bail in one case, he is remanded in another. This vicious cycle is continuing," Justice Chandrachud said.

Zubair was first arrested by the Delhi police on June 27 over a tweet posted by him in 2018. Later, he was remanded in the other FIRs registerd by the UP Police.

On July 8, 2022, a vacation bench of Justices Indira Banerjee and JK Maheshwari granted interim bail for 5 days to Mohammed Zubair in the Sitapur case. The bench had said the relief was subject to the condition that he will not post any further tweets. The bench had made it clear that it has not stayed the investigation in the FIR and that interim relief does not apply to any other case pending against him.
The petition has been drafted by Advocates Vrinda Grover, Soutik Banerjee, Devika Tulsiani and Mannat Tipnis and filed through AOR Aakarsh Kamra.