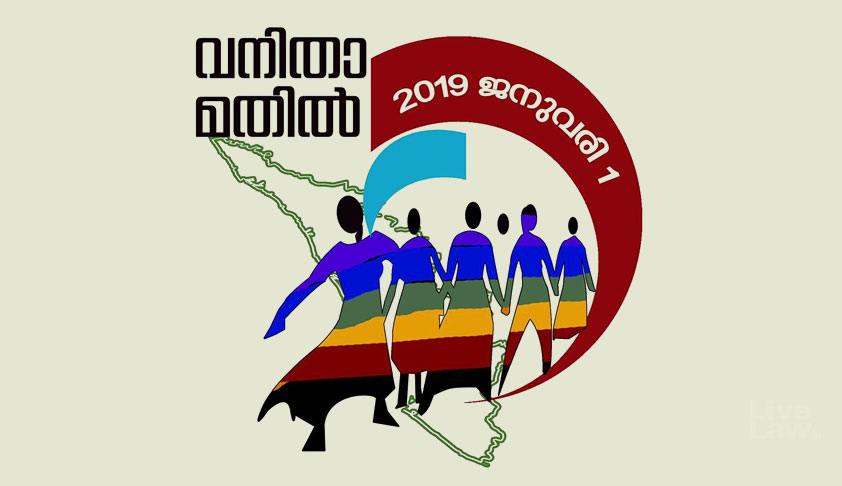 The High Court of Kerala has directed the exclusion of persons below the age of 18 years from the 'Women Wall'(vanitha mathil) campaign of the Government.The Division Bench of Chief Justice Hrishikesh Roy and Justice A K Jayasankaran Nambiar was considering a batch of petitions challenging the program.'Women Wall' is an awareness campaign announced by the Women and Child Department, whereby...

The High Court of Kerala has directed the exclusion of persons below the age of 18 years from the 'Women Wall'(vanitha mathil) campaign of the Government.

The Division Bench of Chief Justice Hrishikesh Roy and Justice A K Jayasankaran Nambiar was considering a batch of petitions challenging the program.

'Women Wall' is an awareness campaign announced by the Women and Child Department, whereby women will form a 'human chain' from one end of state to the other - from Kasargode to Thiruvananthapuram - on January 1, to highlight the values of reformation and social renaissance achieved by Kerala and to project gender equality.

Objections arose against the campaign from various quarters on the ground that Government was compelling the participation of public servants. It was also alleged that funds meant for flood relief were being diverted for the campaign.

The Court expressed satisfaction of the undertaking by the Government and recorded it to denote the voluntary nature of participation in the campaign. The Court  added that freedom of choice was an integral part of one's right to privacy.

Further, the Court added that participation of children in the event should not be compelled or encouraged, even with the consent or presence of their parents or teachers. This was necessary to protect the rights of the children under the UN Declaration on Rights of Child to which India is a signatory. The exclusion was ordered, "considering the nature of the event and the adverse impact it could have on their interest". It may be noted that the campaign has run into controversy after several groups and outfits vocalised their vehement opposition to it.

"India being a signatory to the UN Convention on the Rights of the Child, the State Government would be obliged to adhere to the precepts contained in the declaration of rights under the said convention and can neither compel nor encourage a participation of children in the formation of the 'vanitha mathil', especially considering the nature of the event and the adverse impact it could have on their interests. This would be irrespective of whether teachers or the parents of the children have given their consent to such participation or in circumstances where the said teachers or parents themselves participate in the event", the court held.

No diversion of flood relief funds

Regarding the allegation of diversion of flood relief funds, the Court took the Government's version at face value that there was no such diversion. The Government submitted that the campaign was under the auspices of Women and Children Development Department, and it was necessary to utilize the budgetary allocation within this financial year itself, lest the funds will lapse.

The campaign is just like any other program being conducted under the funding of Government such as the International Film Festival, State Youth Festival, Kochi Bienalle, Nehru Trophy etc, submitted the Government.

Accepting the Government stance, the Court chose not to interfere with its policy decision. However, the Court added that it would expect the Government to file an affidavit later, explaining the expenses of the campaign and the budgetary allocation under which the funds were spent.

"Accordingly, recording the submissions on behalf of the State Government that there will be no element of compulsion on any Government employee or other workers under various schemes of the Government, and directing that persons below the age of 18 years will not be compelled or encouraged to participate in the formation of the "vanitha mathil", we post these cases after 6 weeks for the counter affidavit of the Government", ordered the Court.