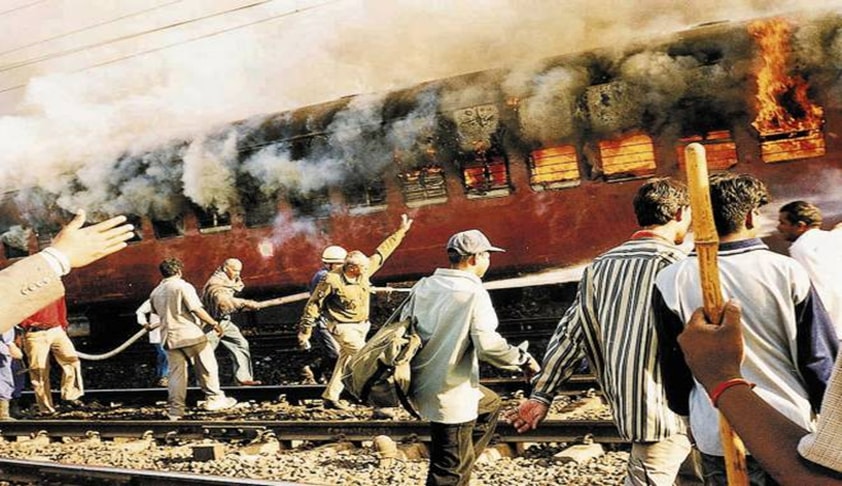 The Gujarat High Court, on Monday, commuted to life imprisonment the death sentence awarded to 11 convicts in the case of the burning of Sabarmati Express in Godhra in 2002, which had triggered massive communal riots across the State of Gujarat, claiming the lives of more than 1,000 people.

The Bench comprising Justice Anant S. Dave and Justice G.R. Udhwani also ordered payment of compensation of Rs. 10 lakh to the victims’ kin. The amount is to be shared equally by the State and the Railway Ministry.

The compensation has been directed to be deposited within a period of 6 weeks and is to be paid to the legal heirs of the victims within 6 weeks thereafter, by the Gujarat State Legal Services Authority or the District legal Authority.

The Court gave two reasons for its decision to commute the death penalty. Firstly, it observed that the large number of casualties could be attributed to the over-crowdedness of the train. Secondly, it opined that the accused did not intend to “enhance the number of casualties” as they had set fire to only one side of the train, leaving the other side for people to escape.

“Besides, qualitative analysis of the entire evidence though sufficient enough to sustain conviction, do not justify awarding sentence of death and, therefore, we are of the opinion that the death penalty is not warranted in the facts and circumstances of the case by imposing an alternative sentence of rigorous imprisonment for life,” it further explained.

The Court opined that in the facts of the case at hand, the accused who belong to economically weaker section of the society would not be able to bear the compensation for 59 deceased and several injured victims. It then noted that the State had issued a notification granting a meager compensation of Rs. 1.5 lakhs.

Opining that this compensation was inadequate and that the incident had occurred as a result of the failure on the part of the State to maintain law and order, the Court observed, “This is not a case where in a stray incident one or two lives are lost. It is a case of mass casualty and when mass casualty occurs, State’s responsibility multiplies manifold and it can have no reason to deny just and fair reasonable compensation. The compensation is thus not a bounty but can be sourced to Article 21 of the Constitution of India…

…It cannot be disputed that each and every individual either dead or injured in the incident in question had guaranteed right to life and liberty under Article 21 of the Constitution of India and the lack of maintenance of law and order in the factual scenario above-stated would render the State liable to compensation not only because lives are lost; but because it failed to maintain the expected law and order.”

The Bench was also of the view that the Central Ministry of Railways was equally negligent in providing safety to the passengers travelling in the trains. It, therefore, directed that the compensation amount would be shared equally by the State and the Railway Ministry.

The injured victims have been awarded a minimum compensation of Rs. 3 lakhs. This amount is to be increased after considering the percentage of disability suffered by them.