Acceptance Of A Conditional Offer With A Further Condition Does Not Result In A Concluded Contract: Supreme Court 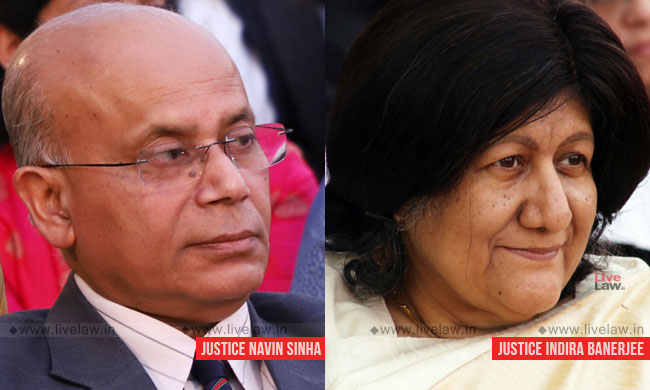 When the acceptor puts in a new condition while accepting the contract already signed by the proposer, the contract is not complete until the proposer accepts that condition, the Supreme Court observed while setting aside a High Court judgment on Tuesday.

The bench comprising Justices Navin Sinha and Indira Banerjee observed that the High Court overlooked Section 7 of the Contract Act while upholding dismissal of a suit filed by a tenderer for refund of earnest deposit.

The Port Trust, thereafter, filed a suit seeking damages for breach of contract to the tune of Rs.33,19,991/-. The Company also filed a suit claiming refund of earnest money deposited by it with the -Port Trust along with interest @ 24% per annum. The Trial Court found that acceptance of the purchase order was completed as against the Company, when the letter of intent cum purchase order was dispatched from the end of the Port Trust. It was held that the company committed breach of its obligations under a concluded contract with the Port Trust, and thus the Port Trust was entitled to damages. The High Court dismissed the appeals filed by the Company.

"It is a cardinal principle of the law of contract that the offer and acceptance of an offer must be absolute. It can give no room for doubt. The offer and acceptance must be based or founded on three components, that is, certainty, commitment and communication. However, when the acceptor puts in a new condition while accepting the contract already signed by the proposer, the contract is not complete until the proposer accepts that condition, as held by this Court in Haridwar Singh v. Bagun Sumbrui and Ors. An acceptance with a variation is no acceptance. It is, in effect and substance, simply a counter proposal which must be accepted fully by the original proposer, before a contract is made."

The Court noted that, in Union of India v. Bhim Sen Walaiti Ram, it was held that If the acceptance is conditional, offer can be withdrawn at any moment until absolute acceptance has taken place. While setting aside the High Court judgment, the bench further said: