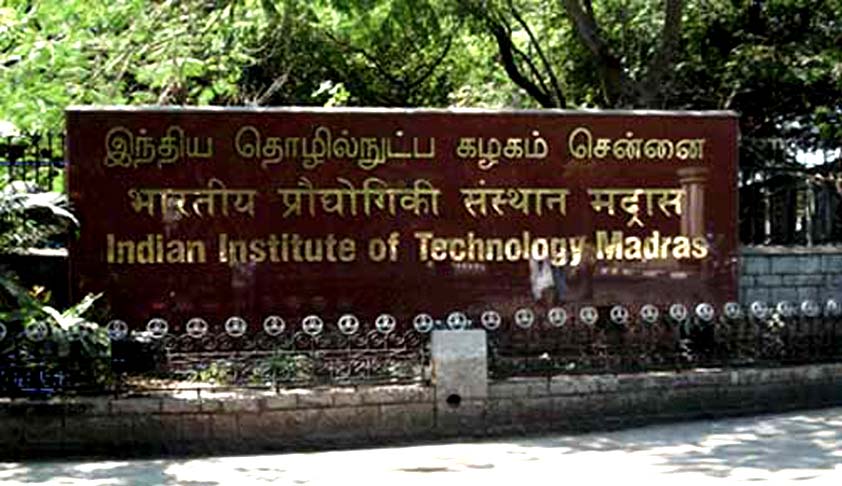 A two Judge Bench of the Supreme Court of India has stayed the counselling and admissions to IITs on a petition challenging award of bonus marks to candidates who appeared for Joint Entrance Examination (Advanced) 2017.

A bench of justices Dipak Misra and A M Khanwilkar in the order said "we are inclined to direct that no counselling or admission to the seats in IIT-JEE (Advance) 2017 shall take place until further order."

The bench also restrained all the high courts from entertaining any writ petition relating to IIT admissions.

After the controversy over the seven questions were missing, the students were awarded grace marks.

However, a petition, filed through Advocate Devesh before the Apex Court challenged the awadr of grace marks to all candidates, even if they had not attempted these questions.

He said grace mark should be given to candidates who have attempted the answers but not to them who had left them blank.

Attorney General KK Venugopal, said it is not possible due to complex procedure of marking system.

The petitioner has alleged that the award of bonus marks deprives various meritorious candidates from procuring admission in their preferred IIT as also the branches.  For example, in 2016, where closing rank for Mechanical Engineering in IIT-Bombay was 747 and for Chemical Engineering it was 1427.   Further, there would be many candidates who will not be able to procure admission to IITs on account of non-meritorious candidates bagging their seats.

The petitioner claimed herself as a meritorious student, and apprehended that she might not be able to procure a seat in IIT in branch of her choice.  She pointed out, on the basis of the closing ranks for IIT-Bombay in 2016, even a difference of one mark may lead to the falling of a candidate’s rank by 1000-2000 marks. The petitioner has also sought an ad interim ex parte stay against the respondents restraining them from proceeding with the counseling as per the JEE (Advanced) 2017 All India Rank List.  The bench, however, refused to grant the stay.

The action of providing bonus marks has adversely affected several meritorious candidates as it cannot be assured that each one of the qualified candidates will get admission in IIT because of the limited number of seats available  for admission, the petitioner has argued. Rather than providing bonus marks to all the candidates, several other ways of reconciling the interest of meritorious candidates with the responsibility of the organizing institution to cure the defects in the question paper were available with IIT-M such as awarding of full marks to all the candidates who attempted the said questions and marked the correct answer which can be different for different papers due to printing  error.

Experts have suggested that the action of providing bonus marks proves harmful to meritorious candidates, and is aimed at saving the people who framed the questions in the paper.