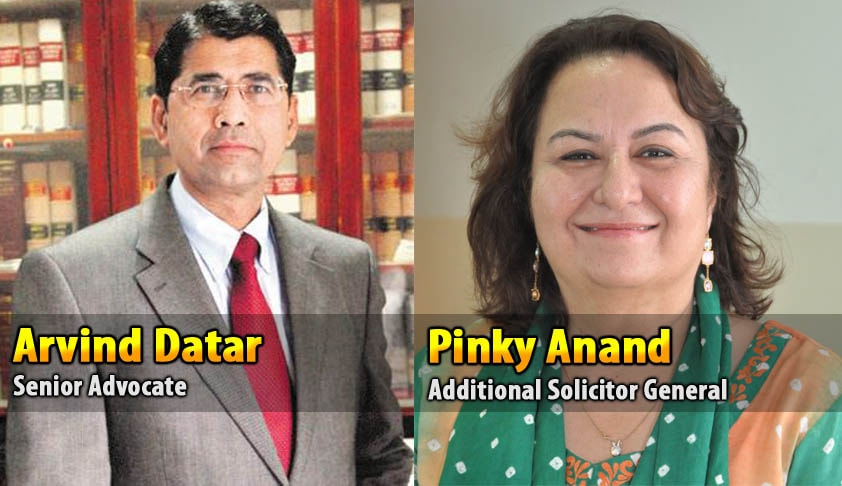 The Supreme Court today began attempts to improve the collegium system, where judges themselves appointed judges and is often criticized for being shrouded in secrecy and over-confidentiality, by considering suggestions forwarded by several legal luminaries, former judges and the government.

The constitution bench headed by Justice Jagdish Singh Khehar took up for hearing a 20 page report filed by Additional Solicitor General Pinky Anand and senior advocate Arvind P Datar who had collated and tabulated more than 60 representations from various associations and individuals.

Those who submitted suggestions on four aspects -- how to improve transparency in judges selection process, what changes to make to the eligibility criteria, on formation of an office of the collegium in the Supreme Court which will be called the secretariat and on how to deal with any complaints or adverse reports about a candidate for judgeship include senior lawyers like F S Nariman for Supreme Court Advocate on Records Association, Rajiv Dhawan, Anil Divan, Ram Jethmalani, K K Venugopal and Bishwajit Bhattacharya. Gopal Subramaniam submitted separate suggestions.

A unique suggestions under eligibility criteria said “there should be a written examination for elevation to the supreme court.

Regarding transparency, the suggestions note said “There must be well-defined criteria that should be established by the Supreme Court for appointments to the High Courts and to the Supreme Court. The criteria must refer to age, merit, seniority, integrity, income criteria, academic qualification, etc

The criteria should be made available on the website of the Supreme Court as well as of the High Courts. In some suggestions, it was requested that these vacancies should be notified 6 months in advance and applications should be permitted for appointment apart from the names being recommended by judges/collegiums”

But justice Khehar reiterated that there will be no drastic change and everything will be within the guidelines of the nine-judge judgment of 1998 that had laid down the elaborate framework for the collegium system .

“Everything will be within the guidelines of the nine-judge judgment. We cannot lay down parameters on eligibility criteria.of course attempts are on to infuse transparency”, said justice Khehar.

BAR COUNCIL TO BE CONSULTED

After several lawyers representing bar bodies across the country protested that their suggestions were not included,  Justice Khehar said it intended to allow more suggestions and a “wider debate”. Bar Council of India also told the court that it would also like to give detailed suggestions after consulting state bar associations and sought some time for it.

“Tentatively we will like to have a debate. Bar Council of India is a very very important body  they have a bearing on such issues …they want to make some submissions ..we feel it will be a good idea.

Significantly the court asked the  Law Ministry to advertise for public comments on bettering the  Collegium system fixing  November 13 as deadline for  receiving suggestions. Bar Counil has been asked to compile suggestions from HC Bars and state bar councils by November 14 . The SC will hear the matter next on November 18 and 19

After scrapping the National Judicial Appointments Commission, the new judges selection system brought in by the Centre which gave the government a say in the process and veto powers, the Supreme Court on Tuesday initiated "steps" to improve the system by inviting suggestions on how to improve transparency in judges selection process, what changes to make to the eligibility criteria, on formation of an office of the collegium in the Supreme Court which will be called the secretariat and on how to deal with complaints.

While scrapping the NJAC, all five judges in the constitution bench had concurred that even the collegium system was flawed and required certain corrections.

The government had argued that there was lack of transparency in the old system and many undeserving, inefficient and corrupt judges made their way up.

"We are flooded with emails giving suggestions...the diversity is tremendous, unimaginable. We cannot ourselves say we accept this suggestion or that other. Instead, it would be better if someone from both sides (petitioners who challenged the NJAC and the government) compile these suggestions for us," Justice Khehar had said asking Pinky Anand and Datar to compile significant suggestions from a slew of recommendations.