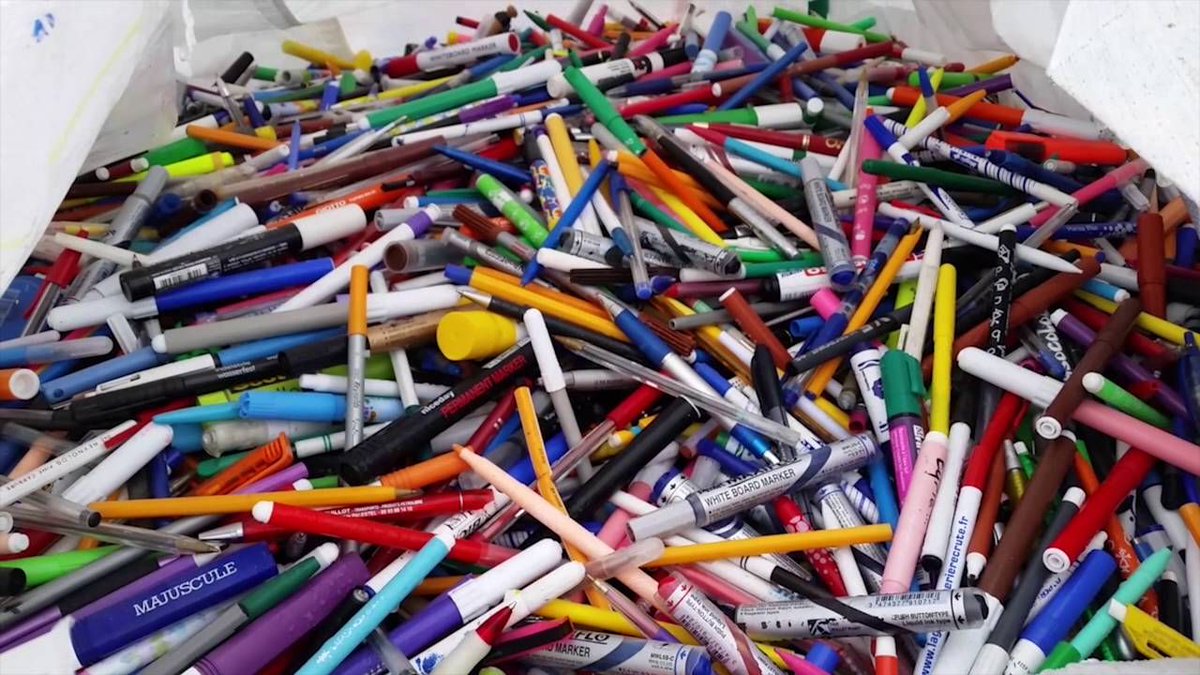 The National Green Tribunal last week observed that plastic pens are covered under the meaning of "plastic" as provided in Rule 3(o) of the Plastic Waste Management Rules, 2018 and therefore, they are also covered by the statutory framework of the said Rules.

The petitioner, Avani Mishra, was aggrieved by the unchecked use of plastic pens having adverse effect on the environment. According to the petitioner, about 91% of the plastic waste is not recycled whereas 1600 to 2400 million pieces are introduced in the market each year.

According to the petitioner, the policy of "buy back" mechanism must be introduced as the extended producers' liability in view of the plastic usage was not being enforced.

A similar matter was pending before the Tribunal in the case of Central Pollution Control Board v. State of Andaman & Nicobar & Ors (2017). Therefore, the Tribunal heard both the cases together.

The Central Pollution Control Board had submitted a report on 11.06.2020 wherein it was found that items such as plastic pens and other plastic products are not covered under the ambit of Plastic Waste Management Rules, 2018. The report also suggested that the National Framework for Extended Producers' Responsibility (EPR) under the said Rules was under consideration of Ministry of Environment, Forest and Climate Change and that the CPCB has asked the Ministry to include the plastic items under the EPR.

OBSERVATION OF THE TRIBUNAL

It was submitted by the applicant that about 27 lakh pens are produced per day which is why it becomes impossible for the local authorities to collect and treat the plastic waste as provided in the Rules. It was also submitted that the cost of refill of plastic pens is high due to which manufacturing of fresh pens is encouraged instead of using the refills.

The applicant also submitted that this plastic waste is often burnt thereby causing environmental pollution and thus, this results in a policy gap due non inclusivity of plastic pens in the Rules.

The Tribunal therefore held that although "plastic pen" is not specifically mentioned under the Plastic Waste Management Rules, 2018, they are covered in the definition of plastic under Rule 3(o).

"Thereby, directions have been issued to finalize the EPR regime by the MoEF&CC and to the CPCB to coordinate with the State PCBs and State Level Monitoring Committees, who in turn have to coordinate with the Local Bodies, Gram Panchayats, Waste Generators, Producers, Importers, Brand Owners Recyclers, Manufactures, Retailers and Street Vendors." The Tribunal directed.