10 Get Life Term For Lynching Man In Jharkhand 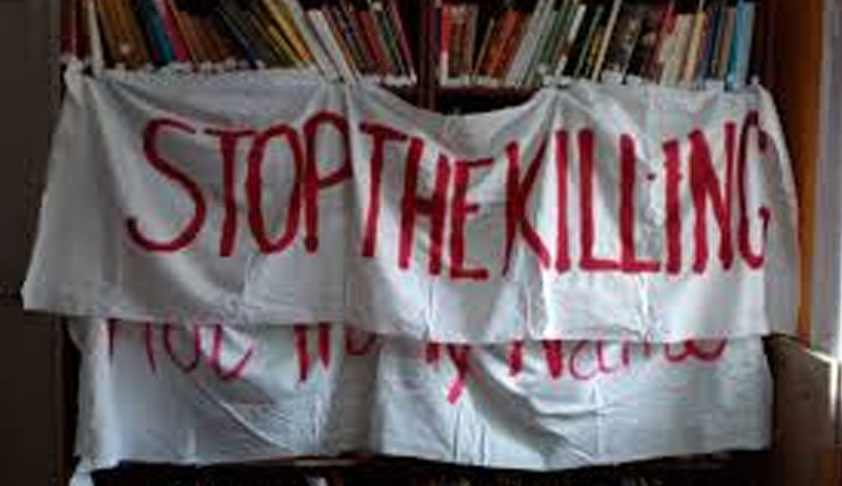 A Trial Court in Tenughat has sentenced 10 persons to life imprisonment in a case of mob lynching in Bokaro district of Jharkhand in 2017.

A mob had accused victim Samsuddin Ansari of being a child lifter and had beaten him up brutally in Narra village under Chandrapura Thermal Power Station police station on April 4.  The victim had died during the course of treatment at Rajendra Institute of Medical Sciences, Ranchi.

While providing information about the judgment, additional public prosecutor Sanjay Kumar Singh added that the judge has also imposed a total fine of Rs 1,40,000 on the convicts. He said that Rs 60,000 would be given to the victim’s wife and the remaining amount to other members of the family. The judge also wrote to the District Legal Services Authority for payment of compensation to the affected family under Victim’s Compensation Scheme in view of its weak financial situation.

According to the FIR, the victim had visited his in-laws house in Narra village on April 3. After a while he found that his bike, which was parked outside the house, was missing. He informed the husband of the local mukhiya about the incident but the latter said the bike would be recovered by the next morning adding there was no cause of worry.

In the wee hours of next day around 4 am, a large crowd armed with rod and sharp weapons arrived at his in-laws' house and alleged that Samsuddin was a child lifter. They dragged the victim out of the house and beat him up. They took the victim to a nearby Turi Tola even he was being thrashed along the way.

Meanwhile the police arrived at the spot but it had to face a stiff resistance from the crowd. Several policemen were injured in the stone-pelting by the mob. Two cases, one related the mob lynching (47/17) and other to attack on police party (47/17) were registered with the Chandrapura police station in this connection.

After dispersing the mob, the police rushed the victim to the local Damodar Valley Corporation Hospital. He was later taken to Bokaro General Hospital and then to Rajendra Institute of Medical Science for better treatment. The victim, however, succumbed to his injuries three days later.

“Two cases (ST 248/17 and ST 289/17) were conducted in the court in connection with the mob lynching.  Eight members faced trial under ST 248/17 while two underwent trial under ST 289/17.  Both the cases were merged later on and a common order was passed on April 18 convicting the accused persons,” said Sanjay Kumar Singh. He said the order sentencing the convicts was passed after argument on quantum of punishment.