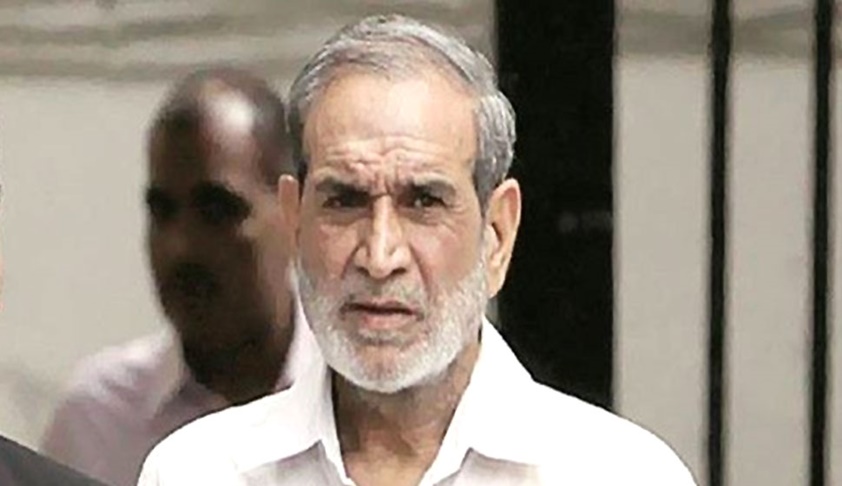 The Delhi High Court, on Monday, convicted Congress leader Sajjan Kumar in a 1984 anti-Sikh riots case.A bench comprising Justice S. Muralidhar and Justice Vinod Goel set aside a lower court order that had acquitted him of the charges. In doing so, the bench reportedly said,“It is important to assure the victims that despite the challenges truth will prevail.”As per an NDTV report,...

A bench comprising Justice S. Muralidhar and Justice Vinod Goel set aside a lower court order that had acquitted him of the charges. In doing so, the bench reportedly said,

“It is important to assure the victims that despite the challenges truth will prevail.”

As per an NDTV report, the court asserted that the "criminals have enjoyed political patronage", and lauded the witness Jagdish Kaur for the courage shown by her in pursuing the case.

Kumar has now been sentenced to life imprisonment and has been asked to surrender by December 31, 2018.

The case against the convicts was registered in 2005, on the recommendation of the Justice GT Nanavati Commission.

The Central Bureau of Investigation (CBI) had, however, filed an appeal against his acquittal, claiming that he was the one instigating the mob during the riots.

(i) There was an abject failure by the police to investigate the violence which broke out in the aftermath of the assassination of the then Prime Minister Smt. Indira Gandhi is apparent from the several circumstances highlighted hereinabove. (Para 136)

(ii) There was an utter failure to register separate FIRs with respect to the five deaths that form the subject matter of the present appeals. The failure to record any incident whatsoever in the DDR and the lack of mention of PW-1‟s statement therein, amongst other circumstances, established the apathy of the Delhi Police and their active connivance in the brutal murders being perpetrated. (Paras 146 and 149)

(iii) What happened in the aftermath of the assassination of the then Prime Minister was carnage of unbelievable proportions in which over 2,700 Sikhs were murdered in Delhi alone. The law and order machinery clearly broke down and it was literally a „free for all‟ situation which persisted. The aftershocks of those atrocities are still being felt. (Para 152)

(iv) This was an extraordinary case where it was going to be impossible to proceed against A-1 in the normal scheme of things because there appeared to be ongoing large-scale efforts to suppress the cases against him by not even recording or registering them. Even if they were registered they were not investigated properly and even the investigations which saw any progress were not carried to the logical end of a charge sheet actually being filed. Even the defence does not dispute that as far as FIR No.416/1984 is concerned, a closure report had been prepared and filed but was yet to be considered by the learned MM. (Para 159)

(v) The argument that the CBI deliberately suppressed the fact of the pendency of the closure report in FIR No.416/1984 is born out of sheer desperation. Even if FIR No.416/1984 was not closed as „untraced‟, the fact remains that there was no progress whatsoever in the said FIR. (Para 160)

(vi) PW-1 comes across as a fearless and truthful witness. Till she was absolutely certain that her making statements will serve a purpose, she did not come forward to do so. Nothing in the deposition of PW1 points to either untruthfulness or unreliability. Her evidence deserves acceptance. (Paras 219 and 220)

(vii) PW-4 is also definitely a witness in support of the case of the prosecution. (Para 232)

(viii) PW-6 was one of the persons who had suffered tragedies and had no reason to falsely implicate anyone. (Para 242)

(ix) The failure to examine important witnesses including PWs 3, 4, 6, 7, 9 and 12 by the Riot Cell of the Delhi Police and also the nonexamination of Daljit Kaur and Harbhajan Kaur establishes that the Riot Cell did not carry out any genuine investigation. PW-1 was justified in not joining such an investigation. (Paras 280 and 281)

(x) The trial Court completely omitted to address the charge of conspiracy despite detailed arguments submitted by the CBI in that regard. There was a two-pronged strategy adopted by the attackers. First was to liquidate all Sikh males and the other was to destroy their residential houses leaving the women and children utterly destitute. The attack on the Raj Nagar Gurudwara was clearly a part of the communal agenda of the perpetrators. (Paras 288 and 294)

(xi) The mass killings of Sikhs between 1st and 4th November 1984 in Delhi and the rest of the country, engineered by political actors with the assistance of the law enforcement agencies, answer the description of „crimes against humanity‟. Cases like the present are to be viewed in the larger context of mass crimes that require a different approach and much can be learnt from similar experiences elsewhere. (Paras 367.1 and 367.10)

(xii) Common to the instances of mass crimes are the targeting of minorities and the attacks spearheaded by the dominant political actors facilitated by the law enforcement agencies. The criminals responsible for the mass crimes have enjoyed political patronage and managed to evade prosecution and punishment. Bringing such criminals to justice poses a serious challenge to our legal system. Decades pass by before they can be made answerable. This calls for strengthening the legal system. Neither „crimes against humanity‟ nor „genocide‟ is part of our domestic law of crime. This loophole needs to be addressed urgently. (Para 367.6)