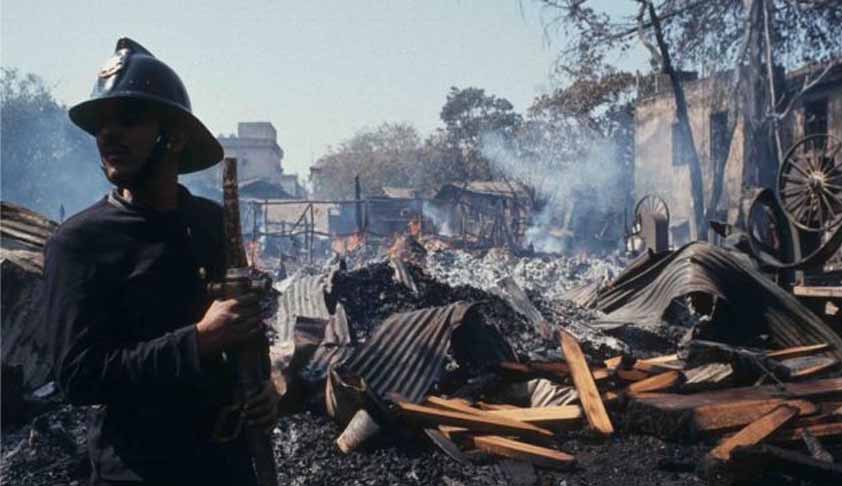 However, they have been held not guilty under Section 121 (waging, or attempting to wage war, or abetting waging of war, against the Government of India) of the IPC

A Special Terrorism and Disruptive Activities Act (TADA) court on Friday found Abu Salem, Mustafa Dossa and four others guilty of conspiring and carrying out a string of bomb blasts that ripped through the heart of Mumbai in 1993 and killed 257 people.

Abdul Qayyum Karim Sheikh is the only accused who has been acquitted of all charges in the case as the court held that the prosecution failed to prove charge of conspiracy against him and held that evidence was not credible.

However, all of the accused were held not guilty under Section 121 (waging, or attempting to wage war, or abetting waging of war, against the Government of India) of the IPC.

The court accepted the prosecution’s submission that the conspiracy to avenge the demolition of Babri Masjid that took place on December 6, 1992, was hatched in Dubai at Mustafa Dossa’s house where main accused Dawood Ibrahim, Anees Ibrahim, Tiger Memon, Eijaz Pathan and Mohammed Dossa were present and “in order to teach a lesson to the Hindus and Hindu leaders”, it was decided that arms and ammunitions will be sent to India.

Abu Salem transported and distributed arms and ammunitions used in the blast, Mustafa Dossa arranged for the arms and explosives in Mumbai, and also sent some individuals to Pakistan for training.

Karimullah Khan is said to have been aware of the effects of RDX and he facilitated its landing in the city to be used for the blast.

On March 12, 1993, 12 bombs exploded at different locations across the city of Mumbai taking away 257 lives and injuring 713 people. Property worth Rs. 23 crore was damaged.

A charge sheet was filed against 129 accused, out of which 100 were convicted. Twelve of the accused were awarded death sentence, while 20 were sentenced to life in 2006.

Later, the trial court commuted the death sentence to life for 10 of the accused.

The court also noted that Abu Salem delivered AK-56 rifles to the home of actor Sanjay Dutt, who was also convicted under the Arms Act.

Arguments on the quantum of sentence will take place on Monday.