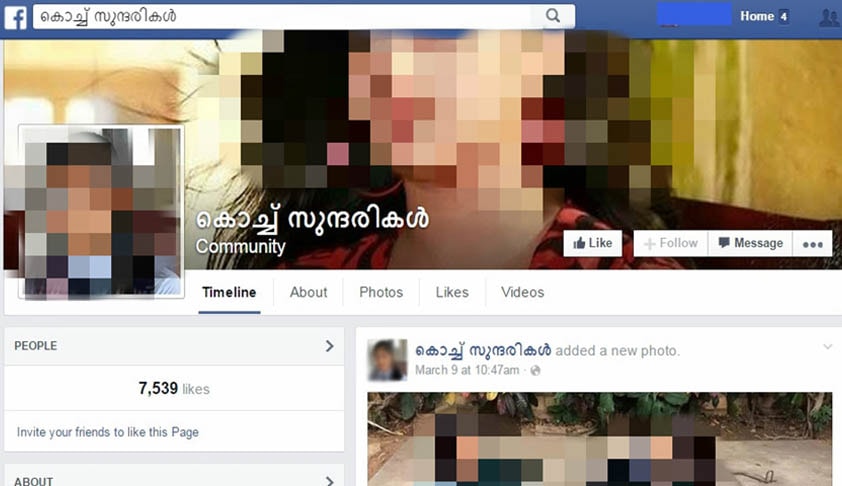 The social justice bench of the Supreme Court has asked  the centre to probe and file a report regarding an online child sex racket using Facebook in which nearly 3,000 pedophiles posted their comments on photos of several minor girls, exchanged their views and posed ‘suggestive’ queries to each other.Recently Kerala Police arrested 11 people including Model Resmi R Nair and her...

The social justice bench of the Supreme Court has asked  the centre to probe and file a report regarding an online child sex racket using Facebook in which nearly 3,000 pedophiles posted their comments on photos of several minor girls, exchanged their views and posed ‘suggestive’ queries to each other.

Recently Kerala Police arrested 11 people including Model Resmi R Nair and her husband Rahul Pashupalan, who were the main organisers of "Kiss of Love" movement, for running an Online Sex Racket. According to Kerala Police, the racket was arrested while investigating a complaint on a Facebook pedophile page called 'Kochu Sundarikal'.

The court also wanted a report from the centre regarding a recent incident in Malad near Mumbai  where police booked four teenagers for gang-raping a 15-year-old schoolmate, making a video of the assault and using it to blackmail her into silence.

Significantly the Apex Court agreed to examine if the increasing instances of rape videos and secretly shot MMS going viral and online sex rackets could be curbed if social networking sites like Facebook, Twitter and YouTube are made accused along with the perpetrators of sexual violence.

After drawing its attention to the matter, Social Activist Sunitha Krishnan, whose NGO Prajwala has launched the #ShameTheRapistCampaign, urged the court to issue a direction to the Kerala Police which had busted the racket in May this year, to also make Facebook an accused in the case. The police probe had led to the arrest of six persons and rescue of four minors.

“Let us first get the response of the Centre by January 8. Then we shall examine it (whether to ask the police to make Facebook an accused),” Justice Madan B Lokur told Krishnan.

Krishnan said it initially appeared as if pictures of children were being posted on Facebook. But ‘Kochu Sundarikal’ (little, pretty girl  as it was named in Malayalam) was in reality a den of pedophiles, with most people commenting in Malayalam.

Every single post had pictures of young girls, mostly school-going teens. She said some of the images shockingly included a note by the  group administrator, asking: “What would you like to do to her?”

Amidst hundreds of gangrape videos flooding the internet and several serial sexual offenders roaming free, the court sought the view of the Centre to form an agency with pan-India jurisdiction to act on such clips and take action against the criminals.

The court, which had ordered the CBI to probe gangrape videos shared on social media, also asked the Home Ministry to respond to the demand for a permanent institutional mechanism by Krishnan who received
nearly 100 more videos sent by victims.

Elaborating on why she is making such a demand, Krishnan told the court: "It (an agency with pan-India jurisdiction) is very essential for prompt action. As of now, what is happening is that when I am sitting in Hyderabad I get a video from Kashmir or Haryana. The local police say they do not have the jurisdiction to act upon it. An agency which has jurisdiction over the entire country can immediately lodge an FIR, investigate the matter and take action against the offenders.

The reason is that cyber cell does not take suo motu (on its own) notice of the videos. There should be a complainant. But sadly, nobody wants to become a complainant as revealing one’s identity is risky,” she says.