2 Yrs After She Lost Her Unborn Child,School Teacher Takes On Delhi Govt For Better Hospitals 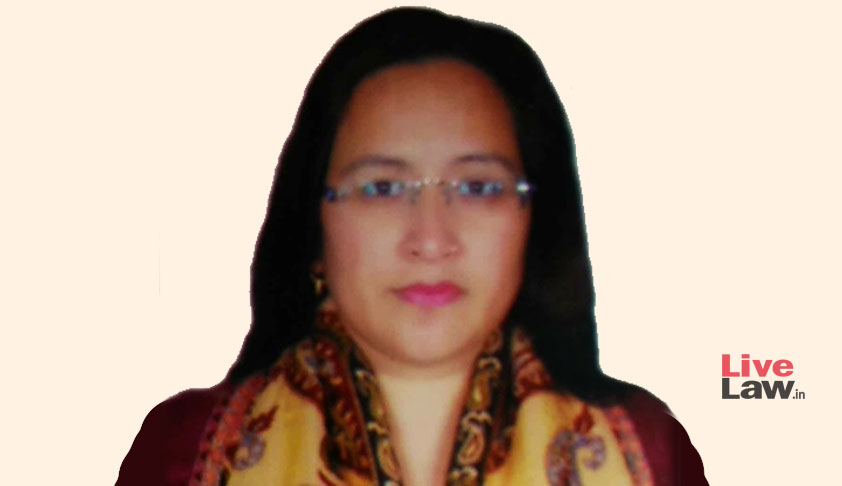 Madhubala, a school teacher, and her husband were a happy couple in 2015, as they prepared to welcome their first child after five years of marriage.On December 14, 2015, a 9-month-pregnant Madhubala was admitted to Delhi government’s Guru Teg Bahadur hospital in Shahdara. The family was excited to welcome a new member.However, that was not to be. 27-year-old Madhubala recounts how she...

Madhubala, a school teacher, and her husband were a happy couple in 2015, as they prepared to welcome their first child after five years of marriage.

On December 14, 2015, a 9-month-pregnant Madhubala was admitted to Delhi government’s Guru Teg Bahadur hospital in Shahdara. The family was excited to welcome a new member.

However, that was not to be. 27-year-old Madhubala recounts how she was treated with utmost disrespect even as the Centre preaches that “every pregnant woman is special”.

With her blood-pressure remaining high for five days in a row, the doctors left her unattended leading to the death of her baby.

As if that was not enough, she was forced to carry the dead foetus in her womb for three days before the doctors realised it was high time and before the operation theatre at GTB hospital could be made available.

But before doing so, she along with her husband visited GTB hospital once again and shot a video showing pests and rodents, as patients, including heavily pregnant women, were bundled up on the same bed and complained of uncivil doctors and staff.

The video shot by Madhubala on her mobile phone shows wards infested with cockroaches and other insects prowling on newborn babies and their mothers.

They even went inside the operation theatre “like a routine walk in the garden”, as Madhubala puts it. The video is part of the PIL before the court.

Last week, a bench of Acting Chief Justice Gita Mittal and Justice C Hari Shankar issued notice to the Centre and the Delhi government seeking their response within four weeks.

In the PIL, advocate Prashant Manchanda said, “The petitioner is devastated former prospective mother whose 9-month-old foetus was brutally killed by illegal omissions on the part of Hospital Authorities. This is a continued reckless violation in the hospitals in Delhi and the same needs to be prevented and remedied.”

Prashant impleaded the Centre, the Delhi government and its hospitals – GTB, DDU, GB Pant and Baba Saheb Ambedkar Hospitals, as he also relied on “operation lifeline”, a special report prepared by a news channel showing the sad state of affairs at the government hospitals in Delhi, including how inferior quality medicines were being used there, MRI machines were lying dysfunctional for want of repair for over a year.

He said the government hospitals were a “ticking time-bomb without life saving medicines and equipment” and the PIL aimed at respondents taking “effective steps with a view to immediately resurrect the dangerously dilapidated health system in the government-run hospitals and infuse instant course correction and overhauling with a view to extricate thousands of citizens from the clutches of medical deaths and other serious health hazards and trauma owing to the aforesaid hospitals’ ineptness, thus restoring the former’s right to life and liberties”.

He said, “The recklessness and inhuman treatment meted out to Madhubala has gut wrenchingly deprived her of motherhood rendering her childless for the remainder of her life. It also raises a fundamental question if it can happen to an educated woman like the petitioner, a teacher by profession, then what would be the plight of thousands of impoverished and illiterate citizenry admitted in such hospitals.”

So What Led Madhubala To Move The PIL

Recounting the horror of being admitted in GTB hospital, Madhubala said, “I am a resident of Gurgaon. It was my brother who called me to Delhi believing GTB hospital would have better facilities at low cost.

“On December 14, 2015, in the ninth month of pregnancy, I visited the hospital as a routine exercise. My blood pressure was high and the doctor told me to get admitted immediately. I got admitted in the afternoon of December 14 but was visited by a doctor only at 8 am the next morning. This is when they said BP is high and there is risk to the child.

“To my surprise, the trainee doctors told me to monitor BP myself at regular intervals and maintain my own case chart. I did everything myself. When my family told them to refer us to another hospital, they were abusive,” she said.

“After leaving me to fend for myself, on December 17, 2015, when I informed about foetus’ descending position, at 7.30 pm, the doctor advised NST due to baseline BPM of 100-106 and no beat-to-beat variability, but again left without performing an operation in the garb of non-availability of operation theatre. Resultantly, the foetus breathed its last in the womb.

“Few hours later, I was informed that the baby had died in the womb. When my family raised voice, the doctors and staff were abusive and discourteous,” she added.

“The staff used such filthy language when I complained of pain. They told me I did not complain while conceiving so why complain now. On everything, the staff and doctors threw tantrums and posed to be above everybody else. Imagine the plight of a pregnant woman who is already going through so much naturally. I felt so broken and nervous,” Madhubala said.

Later, Madhubala was shifted to the labour room but kept there without any access to her family for three days.  Finally, she was operated upon to take out the three-day-old dead foetus on December 20, 2015.

“When they operated upon me to remove my dead child, they could have operated earlier when they knew that my BP is high for days now. They kept me unattended in the general ward. I monitored my BP myself but there was no one to look at the figures.

“You can imagine, when I went to shoot the ground reality some 15 days ago, even then there was no one to stop me and ask what I was doing,” she said.

Madhubala, who is pursuing PhD in Hindi from Delhi University, has been living an unreal life since that day. She finds it hard to believe that any human being can be treated the way she was, that too at the hands of doctors.

“Till date, no FIR has been registered. We wrote to Chief Minister Arvind Kejriwal, but in vain. Then we saw the news report on TV and it was re-living the horror of 2015. We then got in touch with advocate Prashant and together, we decided to do something in larger public interest,” said Madhubala.