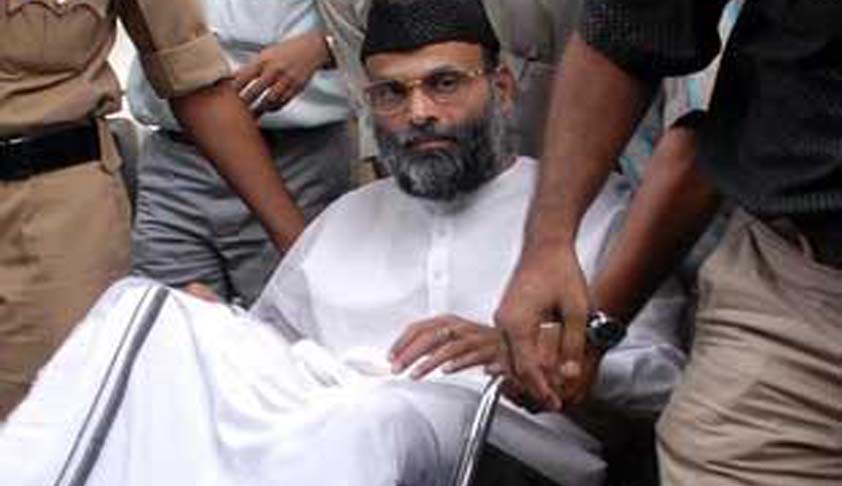 A two Judge Bench of the Supreme Court has allowed the 2008 Bangaluru Blast Case Accused Abdul Nazir Maudany to visit his ailing mother in Kerala. The Bench comprising of Justices S.A Bobde and Ashok Bhushan has also directed the trial Court to dispose of the trial as expeditiously as possible.

Advocate Prashant Bhushan who appeared for Maudany has sought the following two prayers :

The Bench has allowed both the prayers holding that

“Prayer (a) is granted in view of the health condition of the petitioner who is also going blind. Accordingly, the Trial Court is directed to assess the need of presence of the petitioner before itself and pass appropriate orders exempting the petitioner from appearance when his presence is not necessary.

As regards prayer (b), we consider it appropriate to permit the petitioner to visit his ailing mother after due application to the Trial Court accompanied by a health certification of the mother. The petitioner shall visit Kerala accompanied by Karnataka Police Escort and return in the same manner”

The Court has also made it clear that the special leave petitions which arose out the bail application(s) do not survive since this Court has already granted bail to the petitioner by order dated 11.07.2014; which order has been continued thereafter.