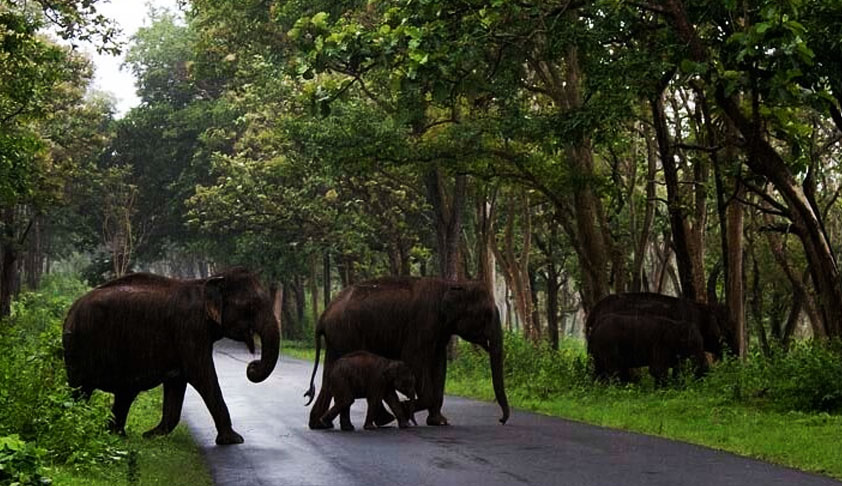 27 special corridors across the country for safe passage of elephants, Snow Leopard, Great Indian Bustard  and other endangered animals could soon become a reality.

A Supreme Court bench of Chief Justice J S Khehar and Justice D Y Chandrachud directed the Centre to consider the suggestion of ecologist Vidya Athreya in this regard.

“These are valuable suggestions we must say. Consider them after taking the help of experts”, the bench told . Additional Solicitor General Pinky Anand.

Anand said the government would file an counter affidavit after consulting experts.

“Take time as much as you want...but you must reply”, the bench then told Anand.

SC had earlier sought the Centre's response on a PIL seeking measures, including framing of a national policy, to save endangered species like the Great Indian Bustard and the snow leopard.

The petitioners had told the court that species like Great Indian Bustards, snow leopards and wolves were on the verge of extinction and they needed to be conserved.

They had also referred to unnatural deaths of elephants on the highways and railway tracks and said that the areas earmarked for the largest mammal were not sufficient.

The PIL has said the railways and highway authorities should evolve mechanisms like constructing underpasses and fencing roads to ensure that elephants did not get killed. It has referred to the issue of climate change and said that there should be safe corridors for allowing wild animals like elephants in moving from one place to another to beat extreme weather conditions and there should be a comprehensive policy to avoid man-animal conflict.