2nd National Conference Of Computer Committees Of High Courts: Here Is All That Happened 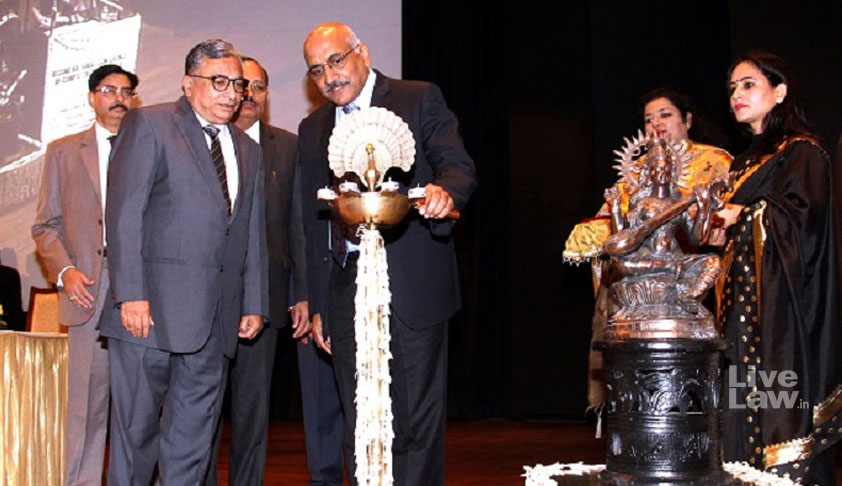 The Second National Conference of the Computer Committees of High Courts was held on December 8 and 9, at Chandigarh Judicial Academy.

The two day conference on the theme “e-Courts Project – Exploring New Horizons”, was organised with an intent to provide a platform for deliberations amongst all stakeholders of the e-courts project, i.e. Department of Justice, e-committee of the Supreme Court of India, computer committees of high courts, Central Project Coordinators (CPCs) of the high courts and government agencies like N.I.C., on various issues concerning the implementation of e-courts project and allied matters.

Delivering the welcome address, Dr. Ravi Ranjan, Chairman of the Punjab and Haryana High Court’s computer committee, highlighted that the main purpose of the conference was to share the achievements of all high courts over the centralized concept conceived by the Supreme Court’s e-committee, and to exchange ideas for improvement and innovations.

Addressing the conference, Justice Gupta then traced the journey of the judicial system from ‘courts to e-courts’, highlighting the initial resistance to the infusion of information and communication technology into the judicial system.

He also spoke about the success of the e-courts project and the benefits being reaped by the public from e-services. He finally encouraged advocates and litigants to provide their feedback to improve the system.

Chief Justice Murari elaborated on the judicial system becoming more transparent with detailed information on case status and history now being available on electronic platforms which are easily and promptly accessible.

Terming the e-Courts project a big leap towards the fulfilment of the Constitutional obligation to provide justice to the citizens at their doorsteps, he appreciated the efforts of the computer committee of Punjab and Haryana High Court.

While emphasising on the necessity of the use of information and communication technology for making the judicial system more effective and efficient, Justice Kant cautioned against over-dependence over technology in the arena requiring application of mind.

All the speakers acknowledged the contribution of Justice Madan B. Lokur in making the e-courts project a great success.

On a concluding day, Supreme Court judge, Justice AM Khanwilkar called for identification and development of a software to enhance ‘Artificial Intelligence’ for better court management. At the same time, he also asserted that technology is not a panacea for speedy justice and is only a facilitator or enabler, which can be used for value addition in the court management activity.

Judges from different high courts went on to share best practices and the use of software applications in their respective high courts. They further deliberated upon new initiatives being undertaken and to be undertaken in the future for the benefit of litigants, lawyers and other stakeholders in the justice delivery system. Challenges being faced by various high courts in migrating from C.I.S. 1.0 to C.I.S. 3.0 were also discussed.

During the interactive session, participating judges suggested inviting experts from IITs and IIMs for seeking solutions to technical and management issues. They discussed inviting officials from government organizations like ISRO as well, in order to discuss the feasibility of making use of satellite technology in place of optical fibre for connectivity.