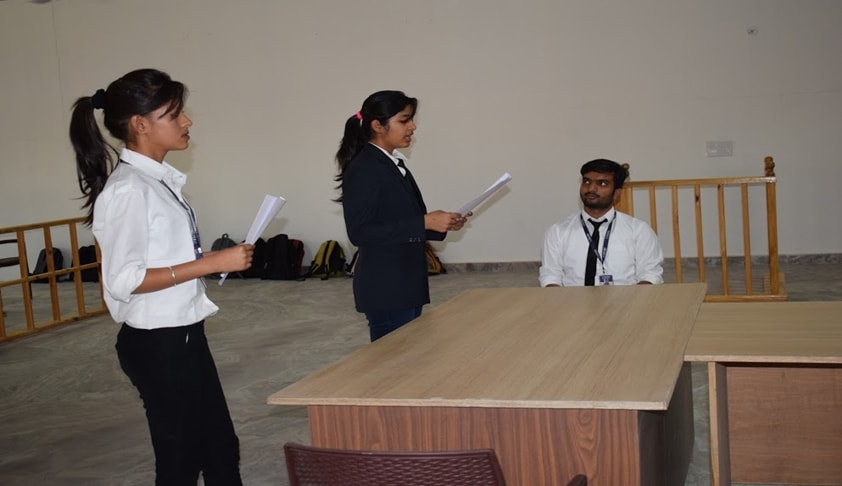 On 25 March 2017, School of Law, RNB Global University conducted the 3rd Inter-departmental Moot Court Competition in the Moot Court Hall of the Campus. The case study discussed, was about medical negligence and dealt with Indian Penal Code 1860, Consumer Protection Act 1986, Law of Torts and Indian Evidence Act 1872.There were total 5 teams from School of Law comprising of students from both...

There were total 5 teams from School of Law comprising of students from both the 5 Year and 3 Year program of Law namely BA LLB, BBA LLB and LLB. The students presented their arguments in varied ways, containing proper evidence and proof to make a valid session. Each team also submitted proper memorial of the issues with argument.

The issues for the arguments were:


The Judges for the said proceeding were Dr. Hans Raj Arora (School of Law) and Dr. Sanjoy Pal (School of Basic and Applied Science). There was an interesting questioning round from Judges to each participant on the subject of law and science as the case involved medical negligence. The participants answered these questions based on the research done by them.

Although the performance of all the teams was brilliant, the team of Komalata/Aastha as Mooters and Mukund as researcher was declared as the winning team.

The runner up team was of Divya Tulsiyani followed by Arif Khan and team in the third position.

Prof. Dr Sanjoy Pal enlightened the students with some knowledge on science which can be well defined in language of law. This, he said can be practised in future competition.

The moot court session really boosted the confidence of all the students. They were able to identify and define how and on which point they have to keep their valid argument using their communication skills besides overcoming with stage fear.
Next Story
Similar Posts
+ View more
Webinars
+ More
Law Firms
+ More
Latest News
+ More
लाइव लॉ हिंदी
+ More
International
+ More
Environment
+ More