5 Legal Rights That Every Woman Should Know About! 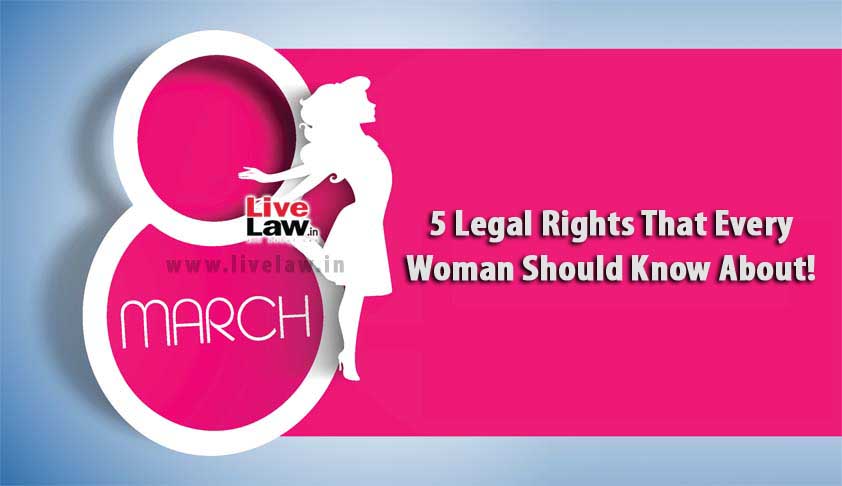 We hear people saying that India is not a safe place anymore and that offences and crimes against women has been rising rapidly. Where goddesses are worshipped while women (of any age) are raped, grouped and harassed. The only way out to keep an eye on such horrific happenings is to make laws and rules stricter to keep a check on such shaming crimes, but also on the other hand these laws are also misused to cater evil motives.

Most people are unaware of their legal rights until they appoint a legal firm/advocate for their problems. Merely a handful of them would nod and say, 'Yes, I know my legal rights' and this handful people are from the genre of literate people. We should endeavor to enlighten people on their general legal rights so that they are apprised that they are not misguided by the authorities. The article aims at creating awareness among women, from all walks of life, about some of the major rights that they are entitled to so that they don’t become the prey of the social evils of the society.

Following are some of the rights that every woman should know about: Advocate Kanishk Agarwal is a Founder of CriTaxCorp and IBAP.

[The opinions expressed in this article are the personal opinions of the author. The facts and opinions appearing in the article do not reflect the views of LiveLaw and LiveLaw does not assume any responsibility or liability for the same].
Next Story
Similar Posts
+ View more
Cartoons
+ More