60% Of Denials By Information Commissioners Have Been In Violation Of RTI Act: Study Finds 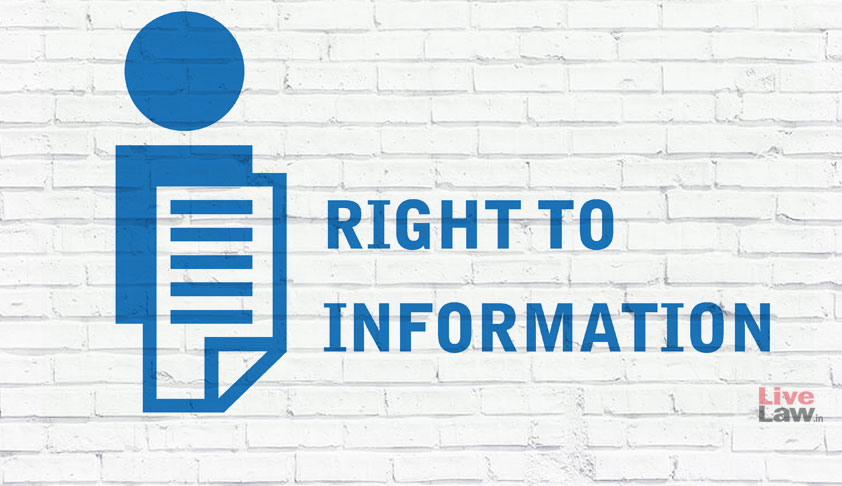 Non-imposition of penalties under the Right to Information Act by Information Commissioners (ICs) is causing an estimated loss of Rs.203 crores annually, a recent research has found.

The research was conducted by the Satark Nagrik Sangathan (SNS) & Centre for Equity Studies on orders of the Central Information Commission (CIC). 549 orders of the CIC, for the period January 1, 2018 to March 31, 2018, were randomly sampled and analysed for the purpose of the study.

Here is a summary of the findings of this study:

It, however, noted that in several cases where information was denied, it was found that the orders were not adequately reasoned. Several such orders, it said, merely summarised the contention of the information seeker and the denial by the PIO, and concluded by stating that intervention of the Commission was not required, without explaining why the particular exemption was valid in the case and without weighing the necessary exceptions to the exemptions in the RTI Act.

The assessment found that on an average, the CIC takes 319 days to hear and give an order on an appeal/complaint from the date that it was filed before the commission. It found a wide variation in the time taken to hear a matter. Time taken ranged from disposal within 36 days of case being filed to 862 days or nearly two and a half years.

Highlighting the effect of such backlogs on the spirit of the RTI act, the report said, “The huge backlog in the disposal of appeals and complaints by the commissions and the concomitant long waiting time for disposal of appeals and complaints is one of the most serious problems being faced by the transparency regime in India. This is especially problematic for marginalized sections of the Indian population who use the RTI law to try and access information about their basic entitlements like subsidized rations, old age pensions, medical facilities in hospitals and minimum wages.

It is a daunting task for them to approach the information commission in case of denial of requisite information. If there are inordinate delays in the commissions, the law becomes meaningless for them in terms of ensuring their right to information.”

The report further states that often, the huge pendency and the concomitant long waiting time are a result on non- appointment of ICs. It points out that even though, as of October 2018, nearly 25,000 appeals/complaints are pending in the CIC, since January 1, 2018 the CIC has been functioning with only 7 ICs. Further, four more ICs, including the Chief Information Commissioner of the CIC are set to retire by December 1, 2018, which will reduce the strength of the commission to just three ICs.

The assessment found that an average of 56% orders recorded one or more violations listed in Section 20 of the RTI Act, based on which the IC should have triggered the process of penalty imposition. However, of these 56% cases, only in 28% cases ICs issued notices to the PIOs asking them to show cause why penalty should not be levied. After show cause notices were issued, the subsequent order recording the final directions of the IC in terms of whether or not penalty was imposed, could only be found for 72% of the cases in which show cause notices were issued.  Finally, it said, penalty was imposed in only 4% of the cases in which it was potentially imposable.

The report then states that such non-imposition is causing an estimated loss of Rs.203 crores annually, explaining, “In terms of amount of potential penalty foregone by ICs, the analysis of 549 orders showed that by foregoing penalties in cases where it was potentially imposable, ICs caused a potential loss of more than Rs. 55.7 lakh. Extrapolating this nationally, an estimated loss of Rs. 203 crores is being caused annually by ICs not imposing penalties.”

It, however, asserts that even more important than the revenue loss is the loss of deterrence value that the threat of penalty was supposed to have provided. This, it said, has resulted in PIOs denying information, delaying information, not responding at all, or violating other provisions of the RTI Act with impunity, without fear of consequences.

The assessment found that more than 60% denials by the ICs were on grounds which are not provided for in the RTI Act. It was further found that in several cases, information was denied without citing any specific exemption under the RTI Act.

Interestingly, the assessment found a “gender divide” in terms of filing RTI applications, with 91% of the appeals/complaints having been filed by men.

“The lack of compliance with provisions of mandatory proactive disclosures results in adjudicators spending a significant amount of their time on hearing appeals and complaints of people seeking information which in any case should have been proactively disclosed,” the report said.