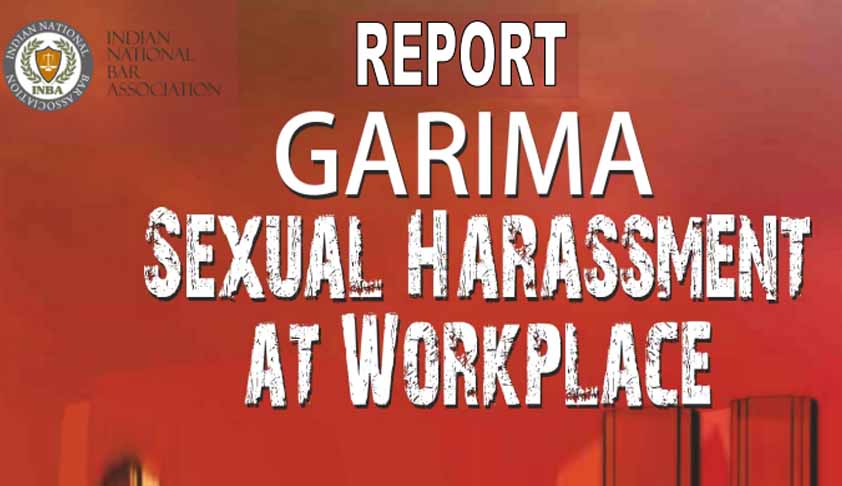 According to a recent survey conducted by the Indian National Bar Association, 68% of the victims of sexual harassment at workplace did not report to the management about the incident, due to fear of retaliation and discrimination.

The survey, carried out over a period of seven months from April to October, 2016, covered 6,047 people, of which 78 per cent were females, working in sectors such as BPOs, IT, education, legal and hospital. People from various fields were interviewed in Mumbai, Delhi, Bangalore, Pune, Assam, Jalandar, Kolkata, Ahmedabad, Hyderabad and Lucknow.

Of the total, 38 per cent claimed of sexual harassment at workplace, while 50.7 per cent said they had been targets of it online, or on social networking. Further 42.2% of the victims complained of undergoing stigma attached with the abuse. The survey further revealed that the national Capital has become the most unpleasant city for female workers, followed by Mumbai and Bengaluru.

The survey report, compiled by Netrika Consulting India Private Limited, includes a critique on the Sexual Harassment of Women at Workplace (Prevention, Prohibition and Redressal) Act, 2013. It points out several practical impediments in implementing various provisions of the Act, such as lack of clarity in the definition of “unorganized sector”, mechanism for identifying false complaints, no budgetary allocations for the mandatory Internal Complaints Committee, etc.

“To Conclude, the Sexual Harassment of Women at Workplace (Prevention, Prohibition and Redressal) Act, 2013 is a very positive step for the protection of women from such type of crimes in India. But even after the passing of this Act there are so many high-profile cases of sexual harassment happens in India. It is submitted that not just legislations are enough, an effective participation from the public side is also equally important, (sic)” it contends.

“The sexual abuse/ harassment/ assault laws in our Country have been also designed in such a way that they are exclusively for protecting women. The sections 354, 509 and 376 of the Indian Penal Code pertaining to sexual assault, outraging the modesty of a woman, rape, eve teasing all presuppose that the victim can only be a woman not a man. The Vishaka guidelines which aims to prevent sexual harassment in workplace are also exclusive for women. It is only under Indian Penal Code, Section 377, the wrong sexual advancement on a man (sodomy) is recognized as an offence, other than this section, there are no laws to punish a person for molesting a man. (sic),” it further states.

Bolstering the contention, the survey results revealed that the complaints committee, as mandated in the Act, in most organizations either did not have knowledge of the procedure prescribed under the Act, or did not adhere to the same despite understanding of the same. 66.7% of the complainants also felt that they weren’t dealt with fairly by the Complaints Committee.

The report hence suggests improved awareness of measures available to the victims, training of the personnel, and modifications in the existing laws to remedy the current situation.